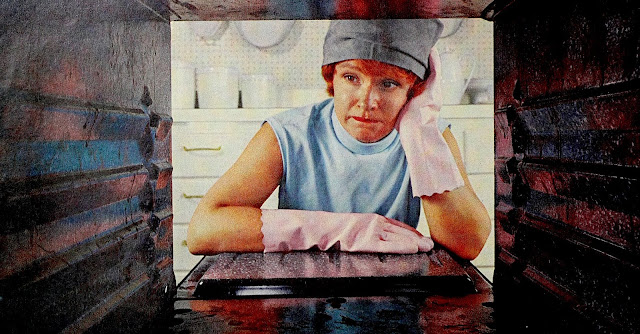 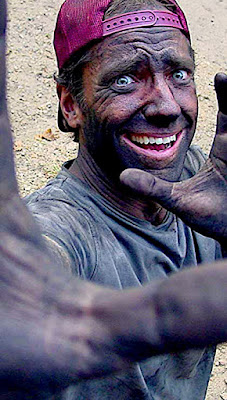 Hood winked
The dirtier things get, the more some of us
attempt to clean them up. As impeachment
sweeps Washington I'm beyond frustrated
with our filthy political landscape. Which
threatens to drag us all down into the muck.
Hence rather than sit in front of the TV and
stew I decided to clean our hood. Not as in
our neighboring environs. But rather diving
into the massive stainless steel filth collector
that sits above our stove. Quickly facing the
reality of yet another falsehood. In that said
monster's moniker "e-z-clean" was nothing
but another scam. A slippery slope at best.

Routine maintenance
One can call anything... anything but what it
truly is. However ultimately the truth always
finds us out. Hence the very idea of suggesting
that one of the most heinous of kitchen tasks
is easy is disingenuous at best. Thus two hours
and two rolls of paper towels later, said dirty
deed was finally done. All with the knowledge
that such redemption is but a temporary respite.
You see, the very process of living is a dirty
proposition. One which requires vigilant rather
than deferred maintenance. In other words, we
cannot avoid filth. Therefore it's best to deal
with it immediately and frequently. 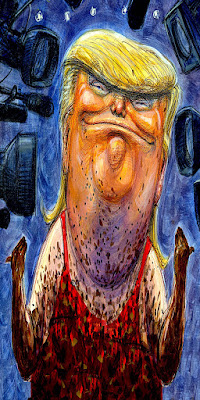 Mud wrestling
Which brings me to impeachment. Obviously
it's a dirty process. One in which everyone
involved ends up sullied in some way. There
is no guarantee that Mr. Trump will exit the
premises. Nor that his acolytes will admit to
his dirty deeds. However like even the most
routine of maintenance impeachment is a
necessary evil. In essence a spiritual cleansing.
One that exposes the filth that lurks beneath
our squeaky clean democracy. And even if
some claim it's a smear campaign, others are
tasked with putting our house in order. Which
once again proves politics is a dirty business. 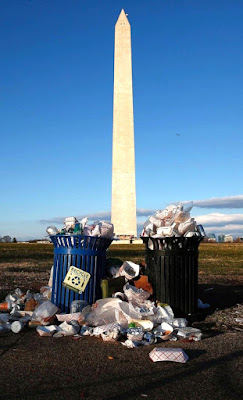 Waste removal
If nothing else impeachment has exposed
America's dirty secret. Which is that many
of those we've elected are compromised at
best. Confronted with an opportunity to
clean up their act - many prefer to ignore
the mess they've made. Rather than sweep
away the cobwebs of compromised ethics
they sweep their crimes under a bevy of
carpetbaggers. In the end somebody must
deal with their crimes against democracy.
Which is why this upcoming election is of
utmost importance. Maybe it's time to wipe
our slate political clean? And start anew!
Posted by montanaroue at 4:00 AM