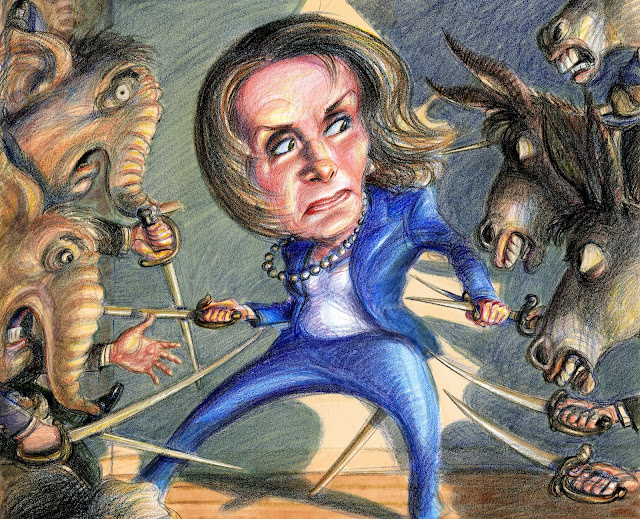 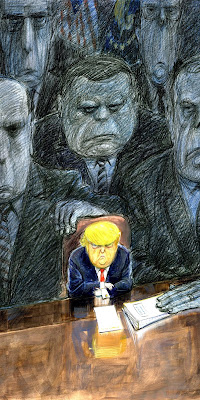 Now or never?
Where does one begin? On Wednesday Mr.
Donald J. Trump became the third president
in our history to be impeached. An act that
in and of itself says volumes about the man.
But screams of our current political or might
I argue moral dichotomy. Whats obvious is
Mr. Trump's fellow Republicans are willing
to follow him to oblivion. And in doing so
compromise their stature, reputations, and
core values. An act of sacrifice which bodes
the query "WHY?" Do they see something
we don't? So precious that it can't be lost no
matter what? Is Mr. Trump really worth it? 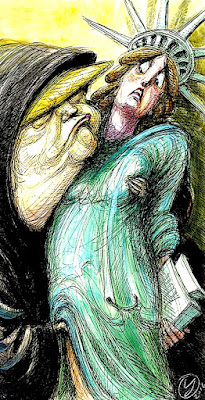 Truth or consequences?
Depending on whom one chats with - most
blame anybody but Mr. Trump himself. Per
my right leaning compatriots the Democrats
"HATE" the man. Ready to do anything to
bring him down. Whereas my leftist lovelies
simply can't fathom how anybody can defend
Donald Trump's actions. It should come as
no surprise that he absolutely doesn't follow
the rules. Nor that megalomaniac tendencies
skew his perspective. Or that his willingness
to tell the truth is disingenuous at best. Rather
than face facts, they offer up excuses. Placing
all responsibility for his errors elsewhere. 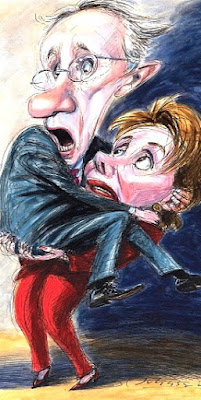 Either or?
Ultimately we are spectators to an epic battle
between right and wrong. Good versus evil.
Truth or lies. Fact and fiction. Yet depending
on what side one falls on, all of the above is
little more than a matter of opinion. Each end
of the spectrum deems the other to be morally
corrupt for dramatically different reasons. For
those trying to do the right thing, their foes
consider their intent to be suspect at best. On
the opposing side, they are willing to do all
needed to protect his status quid pro. Spewing
a plethora of convoluted conspiracies, outright
falsehoods, and silly subterfuge. Who is right? 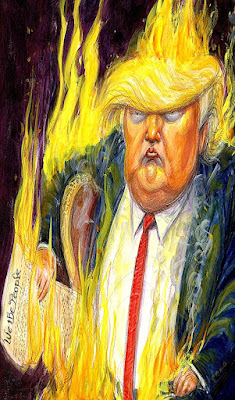 He or we?
If anybody is to blame it's the man himself.
Mr. Trump makes himself an easy target.
Hence if all of us are honest with ourselves
we'd see him for who he truly is. Selling our
collective nation's soul to such a devil is in
my opinion foolhardy at best. Therefore I
believe that allowing one man to sow such
dissension amongst us is the ultimate crime
against democracy. While some may claim
we're winning because of him, many others
would beg to differ. Hence what is truly on
trial is the essence of what America stands
for. Freedom and justice for all? Or evil?
Posted by montanaroue at 4:00 AM