Too bad to be true?
I ended this week in a state of complete disgust.
Wondering how the hallowed halls of American
democracy have become nothing more than a pit
of vipers. Why am I surprised? Somebody once
got elected by suggesting that it was time for
someone to "drain said swamp." Eve discovered
that taking a snake's advice could cause one to
bite off more than they could chew. And when
she'd had enough, Cleopatra put her asp on the
line. Hence it should come as no surprise that
our political snakes have slithered to new lows.
Shedding any veneer of honesty while protecting
their party lair and hard won power base. 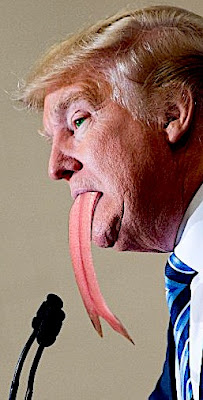 Impeachable offense
As I've often said a lie is a lie and little more.
So why do half of all Americans still believe
Donald Trump? As of October 14, 2019 our
President had uttered at least 13,435 false or
misleading claims - i.e. lies while in office. All
while maintaining a Svengali-like hold over the
Republican party. The ultimate snake charmer?
The pied piper of deception, manipulation, and
graft? Or simply a nasty viper ready to pounce
on anybody who stands in his way? Leaving
me to wonder if there will ever be an antidote
to his poison? Or will somebody finally pull
out a big stick and stop him dead in his tracks? 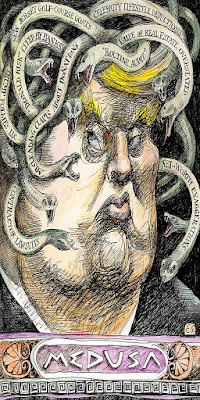 Snake in the grass
Why am I surprised?! As a former New Yorker
I knew Donald Trump was a snake in the grass.
A dishonest and disingenuous megalomaniac.
One who found a way to leverage his financial
and moral failures into fodder for a reality TV
show. Slowly fact morphed into fiction and visa
versa. Creating a blurred perception fueled by
smoke and mirrors. However ultimately where
there is smoke there is fire. The light of truth
inevitably sheds light on the dark side. Hence
the more we hear, the more questionable are
even more bizarre arguments to the contrary.
Yet why do many still believe he's innocent? 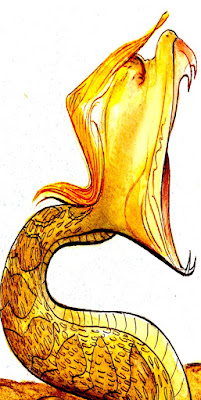 Viper's nest?
Backed into a corner any viper will lash out in
self defense. Which is what we've witnessed at
the Impeachment hearings. Confronted with a
possible loss of their power base, Mr. Trump's
followers spewed an endless stream of political
venom. Fueled by rumor, lies, and innuendo.
Can America crawl out of this snake pit? The
ultimate antivnom for our crisis will be fact
not fiction. One hopes the truth will find us out
before we go into toxic shock. Ultimately each
of us knows right from wrong. Therefore it's
our morality, not Mr. Trump's that's on trial.
Will we the people be ruled innocent or guilty?
Posted by montanaroue at 4:00 AM