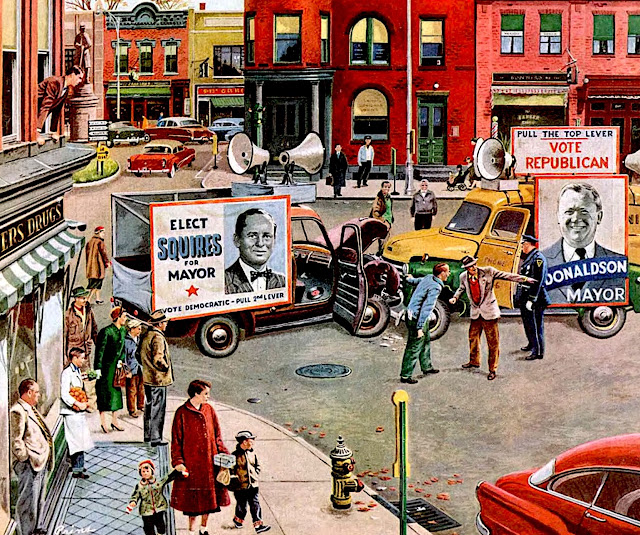 Exception to the rule
I should be used to it. As a gay guy I'm always
the odd man out. However in that context I can
justify my being the minority. Especially given
I've no choice in the matter. Yet as in most cases,
who is on the outs depends on where you live.
Years ago Frank and I lived in "Boys Town"
a predominantly gay neighborhood in Chicago.
There within we were the majority. Hence any
straights amongst us were few and far between.
The same applies to politics. Back in Manhattan
anybody who wasn't true blue was deemed an
exception to the rule. Whereas in Lewistown red
is the predominant hue. Is it all of nothing at all? 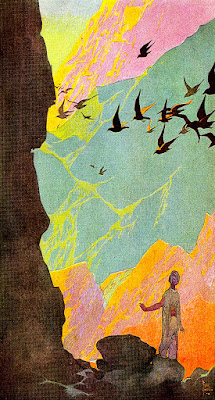 Safety in numbers
Birds of a feather tend to flock together. Thus
for a variety of reasons - both natural and via
choice I'm at best an oddity within the context
of Central Montana. However don't assume
that makes me all that different. In reality
I share much more with my local friends and
neighbors than you might expect. The majority
of us love this place we call home. Most of us
will do what it takes to support and protect it.
Thus when we don't allow our differences to
differentiate us, we're stronger. The problem is
that some, a minority of us thrive on derision.
Thus sadly, haters gonna hate no matter what. 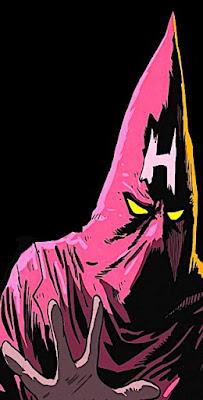 Much ado about anything
Given a chance to stir the pot they spin away.
Offered an opportunity to incite conflict, they
spew & brew. Anything to bifurcate the whole.
Whatever necessary to pull us apart. Their
reasons for doing so not really of importance.
Thus rather than being issue driven, they will
argue any point. As long as it riles somebody
up. Freedom of speech is a core element of
our democracy. Therefore it's their right. Yet
causing trouble just to create angst isn't quite
right (as in proper). Nor will leveraging our
weaknesses against us make America greater.
Thus such turmoil benefits no one but them.

Do the right thing
While my politics may separate me from you -
our core values remain the same. Deep down
we all know the difference between right and
wrong. And while we may argue about what
is fact versus fiction, ultimately we agree that
a lie is a lie. Which is why I have hope. That
somehow we'll come to our senses. Ultimately
it's not about some theoretical cultural war.
Rather it's all about treating each other with
dignity, kindness, and respect. So before you
point your finger at anybody else look inward.
And opt to do what's best for all concerned.
In the end that's the American way isn't it?
Posted by montanaroue at 4:00 AM