Is this all just one big joke? 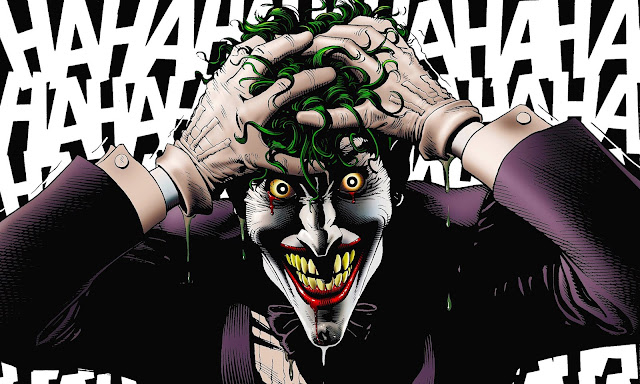 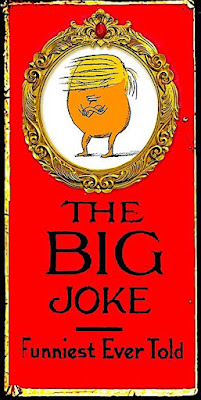 Funny isn't it?
Just when you thought things couldn't get more
ludicrous, Mr. Trump's defenders have assumed
a new defensive stance. While they oft laud our
President for saying it like it is... this time that's
NOT the case. Especially when it involves Don
encouraging foreign powers to interject into our
political process. Hence we're asked to believe
that asking China to investigate Joe Biden and
son was nothing more than a fun loving jab. A
tongue in cheek attempt to get us all in a tizzy.
To raise our dander. And that in fact Mr. Trump's
public attempt at ill humor was never intended
to negatively impact his political enemies. 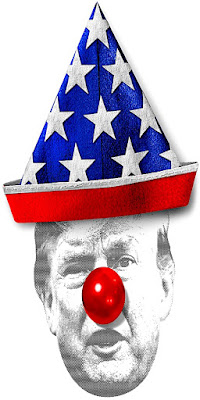 Just for laughs
The same applies to fake news reports that Mr.
Trump suggested we hobble illegal immigrants
at our borders. Or deter their way with moats
full of snakes and alligators. How could we all
be so gullible? Imagine believing that the same
man who rips innocent kids from their parent's
arms would ever be so cruel? Just because it's
been proven that Russia interfered in the last
presidential election doesn't mean that he ever
thought they'd really attack Hillary Clinton?
How silly of us to take the man at his word.
Especially as he's been proven a liar with at
least 12,000 fibs told since he took his oath. 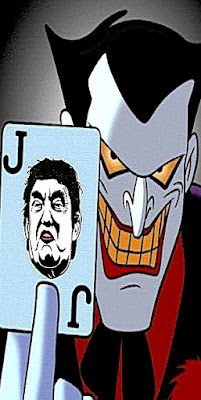 Trump card
Really, all of you Trump haters should stop
this foolishness. Obviously the same rules
do not apply to Donald Trump. Throughout
life he's worked the system to his advantage.
He was successful because he never allowed
anything to stand between him and success.
Be that morality, ethics, or such a silly thing
as fairness. Instead Don did whatever it took
to take whatever he wanted. Why should he
change simply because he holds the highest
office in the world? How could any assume
that "partnering" with our enemies to expose
corruption is corrupt? It's the art of the deal! 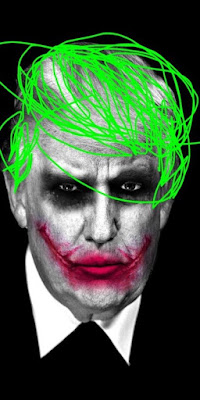 Riddle me this
Could it be that the joke is on us? Are we the
people totally consumed with self delusion
no matter what side we're on? Those who hate
Trump endanger our economy. Trump lovers
risk damaging the very core of our democracy.
And why? All because some megalomaniac
has us all in a tizzy? Could Trump's reality
show tactics be as bad as we think they are?
Or could they be worse. Sadly it seems that
all too soon we may finally get Don's joke.
Which ends with a punchline that hits us in
our gut. Or could said joke be on the funny
man himself? Funnier things have happened.
Posted by montanaroue at 4:00 AM