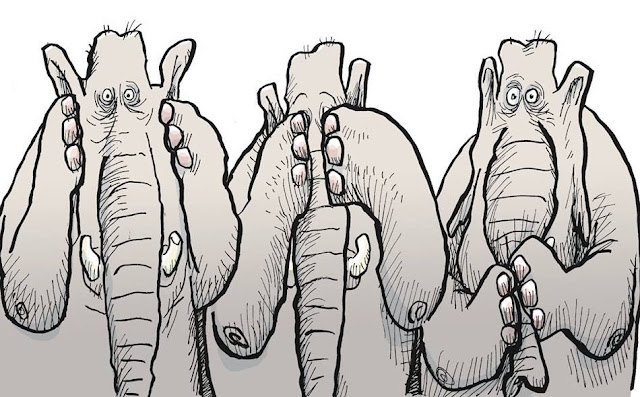 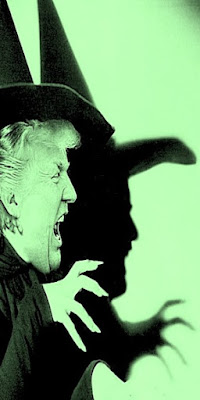 Bewitched
Frankly I'm befuddled at how delusional some
Americans are. In Wednesday's local paper a
letter to the editor attacked "loser" Democrats.
With the majority of the venom being not only
poisonous but fictitious at best. Said missive
ended with "God bless President Trump". Her
ramblings can only be deemed delusional. So
why isn't said lady seeing, hearing, or saying
anything related to facts? Or is there a place
where such Americans are closeted, isolated,
and brain washed into believing in Mr. Trump
against all odds? Are they under some spell?!
Demon possessed? Or out of their minds?

Bothered
How can anybody not be bothered by what is
happening in our White House? Post reading
another letter - this one written by Mr. Trump
to President Erdogan of Turkey I'm incredulous.
Yet such an offensive defense is the norm from
our oval office. Next an announcement that the
next G7 summit will be hosted at Mr. Trump's
Doral Resort. Then a quid pro quo admission.
What code of ethics let alone common sense
would cause anybody to risk further exposure
through such blatant graft? Or are such words
yet another smoke bomb to defer our attention
from impeachment proceedings at hand?

Bewildered
Is it me or have we all absolutely, totally, and
completely lost it?! Confusion seems to rule.
Rational thought being the exception. And if
I'm confused, I can but wonder what all of the
many good, moral, and righteous Republicans
are thinking and saying behind closed doors.
They have to be asking themselves what next?
And be bemused as to how to react to a never
ending tsunami of revelations. All that are the
antithesis of who they are and what they stand
for. How long can they hide before they finally
stand up for what is right? When will they all
come to their senses? Or just give up? 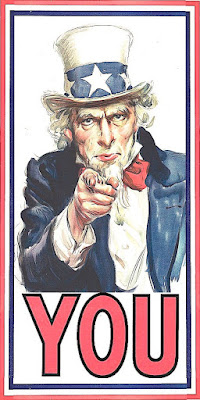 Are we...
I myself suffer from much more than just the
three b's. I'm offended, angry, and disgusted.
The reason we're in this mess is that we the
people are compromised at best. Somehow
we've lost our moral fortitude. Abandoning
our collective responsibility amidst a sea of
fake news, direct lies, and purposeful wrong
doing. Isn't it time we took back what's ours?
Or are we ready to hand over a fully broken
government to the next generation? Have we
sunk to a point of no return? We've still ample
opportunity make American great again. Either
via impeachment or a ballot box. It's up to us!
Posted by montanaroue at 4:00 AM