DAMN SHE WAS GOOD... 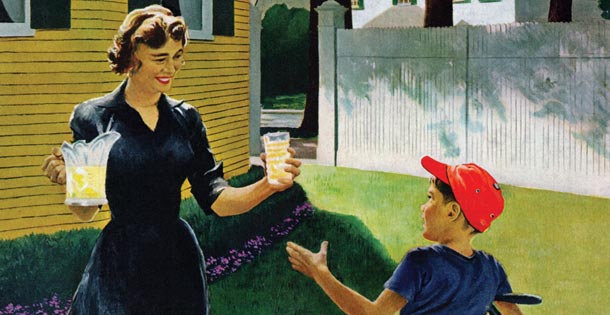 The truth be told
Why is it that EVERYTHING my mother ever
told me has proved true? Was she really all that
wise? Or did she just leverage prior experience?
Like most children the last thing I believed was
her let alone listen. Instead I spent most of my
youth countering every sage adage that Mother
ever gave me. After much trial and error I finally
had to accept that she knew what she was talking
about. And that I could have avoided much pain
and suffering had I only to accepted that! Damn!
Mom knew what she was talking about. Hence
it's no wonder that"old wives tales" still prove to
be of intrinsic value on an almost daily  basis.

Spot on
One of the things Mom strongly suggested was
to "stay out of the sun." Hence as a boy I was
covered with zinc oxide, Sea and Ski, and lots
of terry cloth prior to hitting the beach. All of
which drove me to bare my all to the elements
once I was old enough to not know better. So
I fried like a slab of bacon. The end result of
which was my dermatologist visit yesterday.
Where every inch of my epidermis was closely
examined. My many prior problem spots were
frozen to their core. Soon digging a biopsy out
of my schnoz. All because I opted to enjoy my
daze in the sun. Rather than listen to Ethel.

An apple doesn't fall far from the tree
My mother often suggested that "actions speak
louder than words." Thus whenever Donald
Trump opens his mouth I hear Mom say that
"the man can't be trusted." A Republican, she
blamed America's ills on Franklin Roosevelt.
The ultimate White Anglo Saxon Protestant
she defined conservative. Yet as a born and
bred Manhattanite she abhorred opportunists.
Hence "like father, like son" meant that both
Fred and Donald were "trouble makers from
Queens." Outer borough interlopers to be
held in disdain. And sadly truer words were
never spoken. Proving that Mom knew best.

When it rains... it pours
Looking back it would have been too easy to
embrace Mom's advice. Instead I had to learn
the hard way. And figure out what life was all
about. In hindsight her words still ring true.
Not a day passes that something happens that
reminds me of something she once said. And
while we didn't always agree, in the end her
wisdom always takes me to a better place. My
hope is that someday my children will feel the
same way about me. Even the ones who still
hold me in disdain. Ultimately the truth finds
us out. Showing us just how smart our parents
were. Or at least tried to help make life easier.
Posted by montanaroue at 4:00 AM