Ultimately it is what it is... 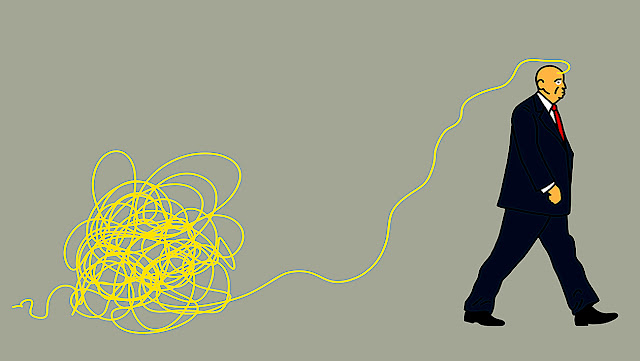 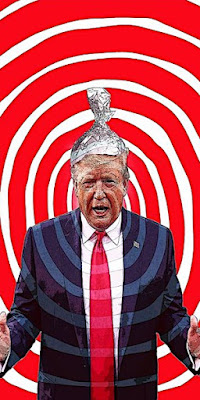 Coming round the bend
Just when it seems it can't get worse, it unravels.
Finally the pieces fall into place just in time to
avert disaster. At least that's been my experience
in many aspects of life itself. Bad marriages
crumble before your eyes. Evil leaders, nasty
bosses, and corrupt organizations self-implode.
And the lunatics running the asylum finally get
found out for who they truly are. Which is just
what's happening in the White House. Recent
events indicate that the intricate web of lies and
deceit woven by Mr. Trump and his cohorts is
unravelling. The only question is how low will
they go? And how long until they self-destruct? 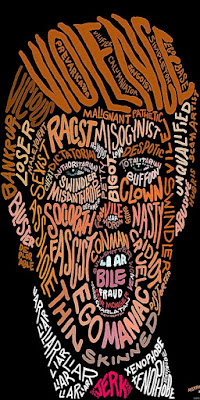 Caught in the act
Proof that much of what some have been led
to believe is everything is but a delusion. A
fictional fantasy created to fool the rest of us.
Fortunately like all hoaxes the truth is slowly
being revealed. And just like any juggler, all
spinning can lead to grave errors of judgment.
All of the signs are there that Mr. Trump is
flailing miserably. Desperately attempting to
avoid his truth and its consequences. Angrily
striking out in an attempt to distract us from
the inevitable. Which is that finally America
is seeing Donald Trump for the weak human
that he is. And said harsh reality ain't pretty. 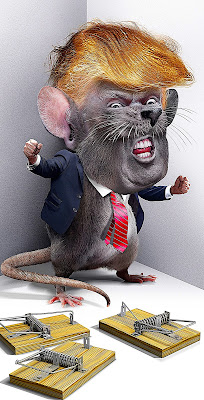 Back up plan
It took long enough. But that's the way it often
goes. For whatever reason most of us have to
hit rock bottom prior to redemption. Hence as
the mania has increased most of us lost hope.
Assuming the worse we expected nothing more.
And for awhile it seemed as if Donald Trump
and his troop of charlatans had won. However
in assuming such we forgot a valuable truth.
The wisdom, bravery, and fortitude of the
human race. Ultimately it seems that we've
come to our senses. And while said statement
may seem optimistic, I'm somehow confident
that the good in all of us will finally prevail. 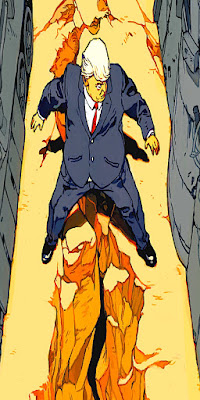 Split decision
Throughout history evil has inevitably been
usurped by what is right and just. Often said
retribution comes later than most would like.
Yet even after surviving the worst many of
us never learn our lesson. Which is the only
excuse for why Donald Trump was allowed
to violate the very core of our democracy.
Ultimately history will show that we've no
one to blame for him than ourselves. Apathy
allowed opportunists to alter the course of
history. Yet like anything rotten to the core,
Mr. Trump's is falling apart before our very
eyes. Which couldn't happen to a nastier guy.
Posted by montanaroue at 4:00 AM