THE ROOT OF OUR EVIL 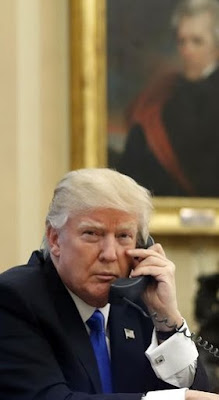 Wrong call
Yesterday a newer Democratic representative
said something wise. When queried about the
political liability of supporting Mr. Trump's
impeachment she claimed she had no choice.
Based on military and intelligence experience
she felt Mr. Trump had crossed the line when
dialing up political "help" from the Ukraine
leadership.  However, that was not what left
a major impression on me. Rather it was her
opinion that partisan "bickering" had become
so bad that most Americans no longer cared.
In other words, Trump's endless reality drama
is working. Making us all numb or... dumb. 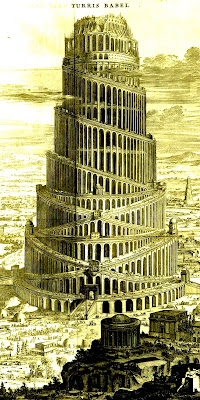 Trump tower
Unfortunately in the age of Trump whoever
yells the loudest and longest usurps all else.
Especially truth. The resulting drama clouds
our ability to discern right from wrong. Thus
the rules no longer matter. Instead spin is now
our modus operandi. Causing even the most
prudent to question the validity of everything,
anything, and everyone. A phenomena that is
not only disturbing but threatens the core of
our democracy. From our very start America
was founded on a fundamental belief that all
are created equal. And that the laws of our
land apply to all of us. Even Donald Trump. 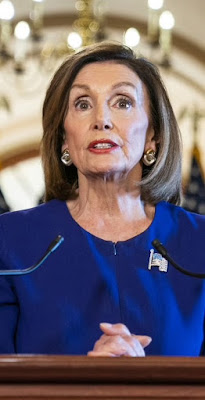 Two many wrongs make it right
How did we lose our ability to tell right and
wrong? How can political differences defer
any of us from ever aligning on anything?
In theory said impasse forces us to agree to
disagree. Sadly the resulting schism prohibits
us from gaining momentum. Let's assume all
Democrats, liberals, and social leftists "hate"
Donald Trump. Even further, let's concur that
said dislike fuels a desire to see him over and
out. Thus anything we say or do politically is
in theory skewed to our favor. All of the above
may be correct. Yet that doesn't make Donald
Trump's wrongs right! Or does it? 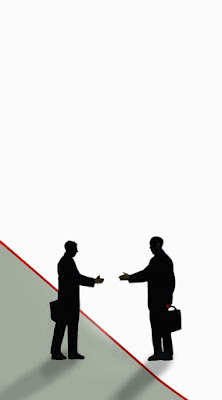 Line for line
There comes a time when we all cross the
line. Said infraction bringing detente. But
not when it comes to morality. Those who
support Mr. Trump make excuses for him.
While pointing the finger at all except the
man himself. Those against our president
respond with indignation. Protesting what
they deem hypocrisy rumor, and innuendo.
The end result is a deafening cacophony of
differing theories, agendas, and opinions.
Creating a political tower of Babel. A crisis
where we've no desire to hear the other side.
Even if they wanted to. Or actually could... 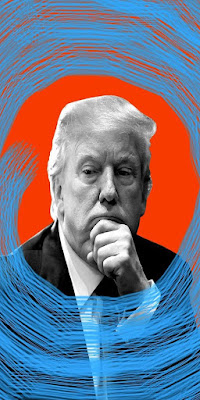 Spin to win
Distraction is Trump's weapon of choice.
However it is also America's greatest threat.
Hence the root of all evil is our inability to
separate right from wrong. And overcome
the purposeful obfuscation of our core values.
I'm confident that most Americans know the
difference between good and bad. However
I doubt most truly comprehend the gravity of
our current lack of communication. As long
as we continue to compromise our standards -
the greater our risk of violating all that makes
America great. The question is can we rise
above the frenzy and see things as they are?!
Posted by montanaroue at 4:00 AM