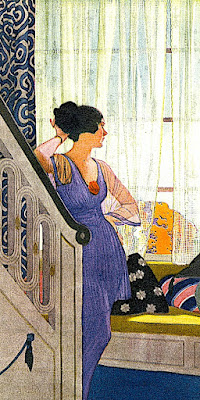 Delayed reaction
For the past few days I've been teetering on
the edge. Usually by the middle of August
my allergies have kicked in. Meaning that
from there on I'm  heavily medicated. And
sit trapped in the house with the windows
closed. But this year my adverse reaction to
ragweed has yet to arrive in full force. Thus
like most things during this year's Montanan
summer, my allergies are later than usual.
Yet the tell tale signs of it's imminent arrival
have been popping up the last few days. My
inner ears and the roof of my mouth. And my
eyes are tearing. So anytime I'll be miserable. 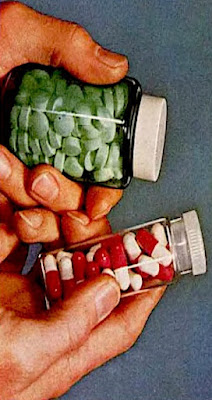 Poison pill
Frank dreads this time of year. Much like
Dr Jekyll's potion antihistamines turn me
into a monster. Once medicated I'm crabby
to say the least. Ready to turn on anybody
who gets in my way. Thus Frank inevitably
lives in fear during September and October.
Unsure as to who, what, when, or what may
set me off. The only thing that saves him is
the first hard frost which eliminates the root
of my evil.  Yet given spring arrived late.
And summer even later, the odds may be
against him. So for now, Frank is happy
that I'm OK given that means he's "safe". 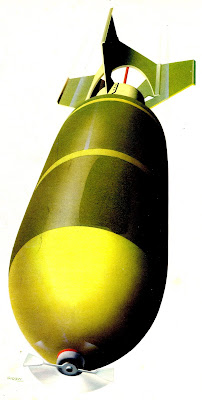 Collateral damage
Why do bad things happen to good people?
Inevitably most victims are caught in life's
cross fire. Due to circumstances beyond their
control negatively impacting their health and
happiness. Hence while Frank is an innocent
bystander, my allergic reaction dooms him to
a tenuous autumn. Meaning he's doomed to
suffer MY consequences. Fortunately said
purgatory won't last forever. However there's
a risk that his patience may not. Thus if you
hear about a murder committed on the corner
of Eighth Avenue North and Boulevard, you
will understand that it was probably justified. 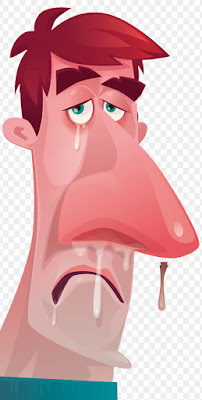 Misery loves company
It would be easy to blame Mother Nature. Yet
even while under assault I should be able to
maintain some semblance of self-control. So
while I can't avoid allergic reactions, I must
try to limit their impact on those around me.
Just because I'm miserable doesn't mean that
everybody around me also has to be. So I'm
going to do my best to behave myself while
under assault. If and when disaster hits, my
hope is that I can rise above it. And limit the
impact of any related collateral damage. While
it's certain that I'll huff and puff, my goal is to
not blow my cool while blowing my brains out.
Posted by montanaroue at 4:00 AM