THE VALLEY OF THE DEAD 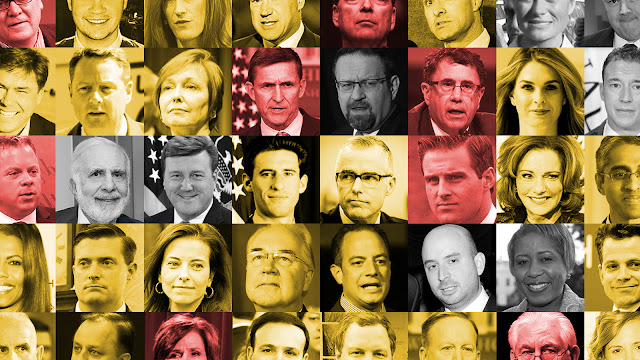 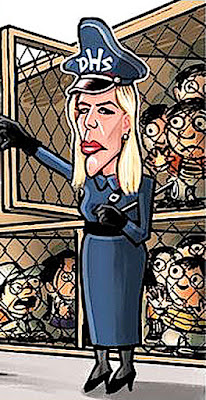 Dead end kid
Failure is never easy. On either end of said
downward track lies disappointment and
often disaster. However there can also be
great benefits to reaching the dead end of
a bad proposition. Especially post trying
to overcome insurmountable obstacles to
no avail. Which is why I can't help but pity
Kirstjen Nielsen. While her actions as head
of Homeland Security were detestable I still
feel sorry for her. She was stuck in a no win
situation. The target of "Presidential abuse."
However unlike the illegal victims under
her care - she was able to find her way out. 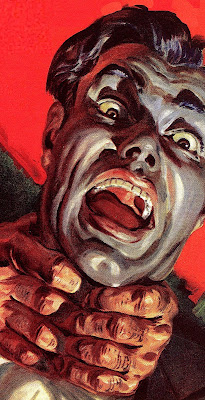 More than enough for both of us
Having worked for a megalomaniac myself,
I know what she's been through. I've been
on the wrong end of erratic, early morning
phone calls. Then treated as if I didn't exist.
Try as I might, it was virtually impossible
to make my boss happy. In part because he
didn't know what he wanted. His delusional
sense of pride made any goal a moving and
therefore elusive target. Add the peripheral
advice of a retinue of yes men.  Thus just
when you thought you'd finished a job, it
was either irrelevant, misguided, or totally
your fault, not his. So why take the blame?! 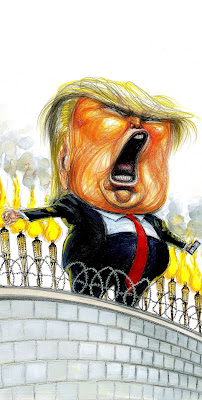 The root of all evil
Crazy is as crazy does. While some attribute
such a lack of leadership to brilliance, my
experience is that mania is the manifestation
of a sick soul. One which warps it everything
in the lunatics favor. Which means that the
finger is never pointed at the root of all evil.
But at those foolish enough to think they can
manage a nut case. No wonder Kellyanne
Conway's husband George has assumed the
role of amateur shrink. Is he trying to save his
wife from a fate worse than death? The futile
role of consigliere to an egomaniac incapable
of caring for anybody except HIMSELF?! 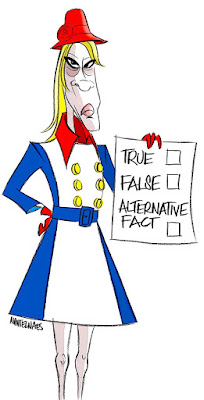 Victim of circumstances
Thrust into an uncompromising position one has
two choices. Stay and comply. Or exit and avoid
the inevitable. Hero fantasies aside, few if any
can control an untethered lunatic. Within such
untenable circumstances, every one loses in the
process. Their dignity, reputation, and resolve.
So why do seemingly wise folks tread where
they shouldn't? POWER. You see, even if they
were too close to the incendiary bomb, at least
they had their time in the sun.  Therefore just
as most have mixed feelings the morning post
a drunken spree, it was a good while it lasted.
Even when one ended up all the worse for it...

Charge of the light brigade
One wonders what's next? Where do Donald
Trump's castoffs go from here?! Some ended
up in jail. Others went on to write books. And
some, like wounded beasts crawled into some
distant corner to lick their wounds. But do any
of his rejects hold themselves accountable? Or
are brave enough to speak the truth and reveal
that the emperor truly doesn't have any clothes.
Rather he has if nothing more than a warped
sense of self importance. A capricious need to
control any situation at whim. So rather than
fade into the sunset, isn't it time to shed light
on the real issue? And get rid of our problem?


Following is a recap of exits via cnn.com

Who has left Trump's administration and orbit?

President Donald Trump's administration has been marked by a series of exits by high-ranking officials. Here are the most notable ones: