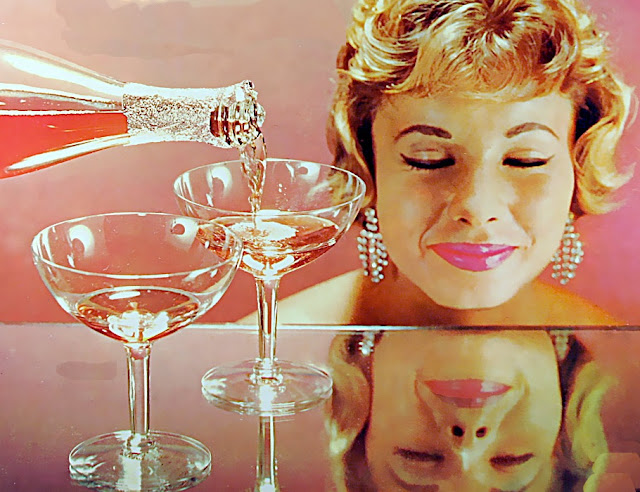 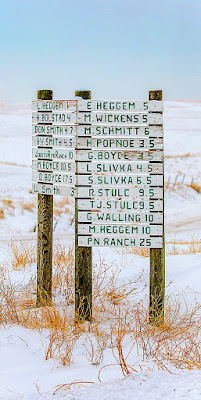 Few and far between
While Montana covers a landmass of 147,040
square miles its very small. With a population
just over one million (and sixty two thousand)
only 6.8 live within each square Montana mile.
Said "density" depending on where you reside.
Hence in Fergus County (Lewistown) we hit an
average of 2.7 denizens per square mile versus
56.2 in Yellowstone County (Bozeman). To put
that in context, our old home turf of Manhattan
averages 72.9 thousand residents within exactly
the same parameters. Yet while living in the Big
Apple, not a day passed that we didn't run into
some one we knew. You simply can't hide... 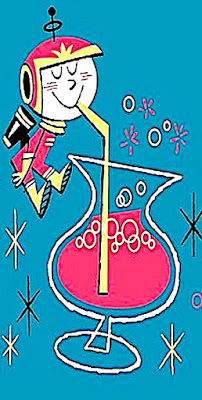 In the mix
In reality we live in a small world. Thus long
ago I learned to NEVER do anything I didn't
want my Mother to find out about. Wherever
one hangs their hat, it's best to be aware that
our collective six degrees of separation insure
that we'll be found out. Or that like it or not
we are all somehow connected to each other.
A phenomena that is both an asset or a liability.
If one lives by the golden rule, you've nothing
to worry about. Yet if one freely talks smack
about others, somebody within hearing range
knows and soon thereafter tells the party in
question. And YOU are caught in the process. 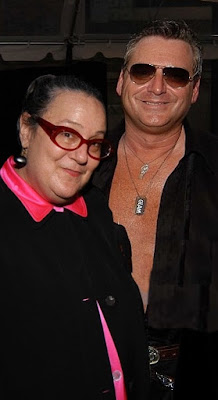 Hip replacement
Within one's limited sphere of influence it's
easy to forget life is but a network of distant
relations. Many years ago I sat in the office
of Kim Hastreiter, editor of Paper Magazine.
As part of our efforts to update the august
Marshall Field & Company we'd hire her to
push our envelope. Brainstorming talent for
an upcoming event, she suggested we hire
Pink Martini - and upcoming musical group
out of Portland. Which we immediately did
with much success. Yet in the almost twenty
years since, I rarely thought of Pink Martini.
Let alone sipped one. 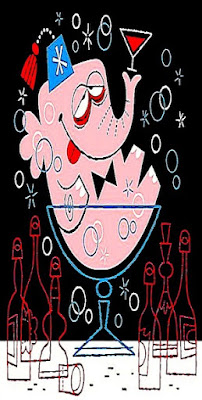 Western exposure
Meanwhile back in Portland, Frank's brother
"W" climbed the social and corporate ladder.
His success culminating to his election (post
retirement) to the role of President of the
Oregon Historical Society Board Of Trustees.
Where one of his fellow colleagues is a Mr.
Thomas Lauderdale. Who just happens to be
the founder and leader of Pink Martini. And
who research indicates is a long term close
friend of Kim Hastreiter (Paper Magazine).
All if nothing proving that the world is most
defiantly a very small place. One where you
never really know who knows whom. 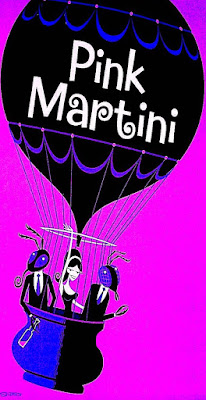 We all Falls down
Last Wednesday night - Frank, Brother "B",
sister-in-law "S", and I attended the Great
Falls Symphony for Pink Martnini's first
performance in Montana. The evening was
quite a delight. Their music, performances,
and banter were both inspiring and charming.
Post said event, the two Montana based bros
had their pictures taken with Mr. Lauderdale.
And in essence, the circle was closed. All in
a place that at a point of my life I didn't even
know existed. Proving that we never know
where our individual journeys will take us.
Let alone who we may meet along the way. 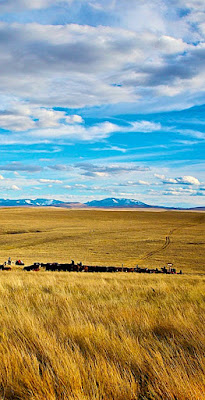 Howdy neighbor
On the way home we strayed off the road to
explore The Ranches at Belt Creek.  A
luxe development of "dude" ranches where
anybody can be a cowboy. As long as they
have the cash to do so that is. There we met
some charming folks who run the place. One
of whose parents own a pied a terre two blocks
from our old stomping ground in Manhattan.
The other just purchased her bird dog from
one of the best breeders in the country. Who
also lives in Lewistown. Thus wherever one
goes in Montana you find that somehow we're
connected in some way.  Small world isn't it?
Posted by montanaroue at 4:00 AM