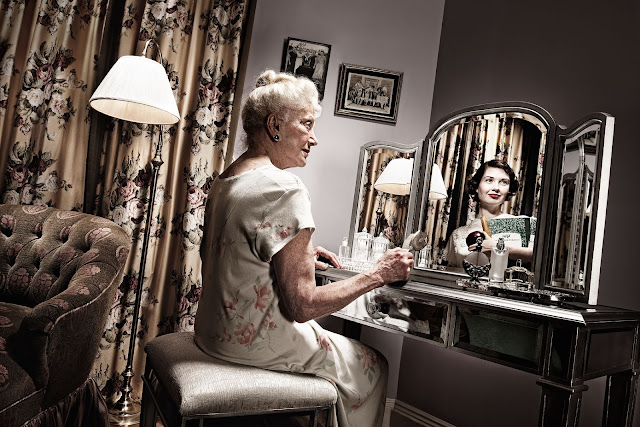 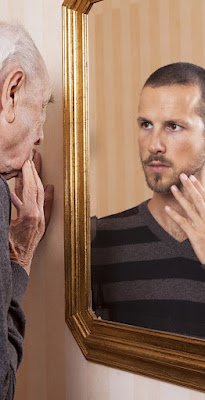 Through the glass darkly
At times I marvel at how I've changed. Yet
I often fault myself for being a curmudgeon.
Hence I must admit to being a HYPOCRITE.
Most of my professional life was spent being
an agent for change. A leader who often had
to help others adapt to new challenges against
all odds. While I was deemed a success in such
business endeavors, I can easily be considered
a failure on the home front. That's because my
natural tendency is to go with the status quo.
To remain resolute in the idea that everything
is hunky dory. And therefore anything out of
the ordinary is nothing but a pain in the ass.

Mind the gap
Why is it so difficult to transverse the schism
between here... and there? The older one gets -
the easier it is to attribute said struggle to age.
Mostly because in theory one should be old
enough to know better. When young it's easy
to employ a rather cavalier approach to errors
in judgement. Whether said carefree attitude
is driven by naivety or bravery is still up for
discussion. What's certain is that the younger
one is, the more easily adaptable they can be.
Whereas the older one is the more apt we are
to resist anything except the tried and true. A
handicap guaranteed to limit one's options. 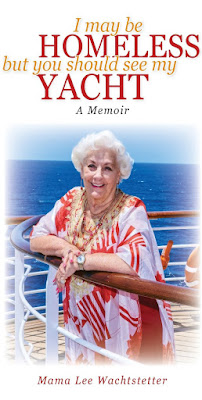 Off the deep end
At this point in life most of us dream of
running away. Our problem is knowing
what that means which limits our ability
to escape. So instead we sit and wait. Or
worse sedentarily fester. Never realizing
that in doing so, we're wasting what little
time we have left. Part of me wants to sell
everything and sail away. Like eighty eight
year old Lee Wachtstetter. Ten years ago
after her husband's death - she simply sold
everything and moved into a stateroom on
the Crystal Serenity. Since then she has
sailed the world rather than stay at home...

A fool and his money are soon...
As a new year dawns one can't help but wonder
what is next. The truth is our options are endless.
The only thing standing between us and dreams
fulfilled is ourselves alone. Obviously few of us
have the cash to sail in luxury for ten plus years.
However most of us are blessed far beyond what
money can buy. It has been said the best things
in life are free. And while even the youngest of
us might question the validity of such a theory -
experience shows that a vast world of wonders
awaits anybody willing to step out and go for it.
The only question being what are we waiting for?
Would you rather spend it or leave it all behind?!

Back to the future
I've no idea what floats your boat. Yet I'm fairly
certain that if you were to honestly consider all
of your options - you'd know what to do. And
where to go. So even if you continue with the
status quo - you're guaranteed to be confronted
with natural highs and lows beyond your control.
While the very idea of changing your world may
be a bit terrifying, isn't it time you enjoyed your
ride on life's roller coaster? After all, in the end
we'll all be wearing diapers in an assisted living
facility. The only difference between you and me
being that one of us will have no regrets. Thus
happiness awaits. It all "Depends" on you...
Posted by montanaroue at 4:00 AM