A MAN WHO WOULD BE KING 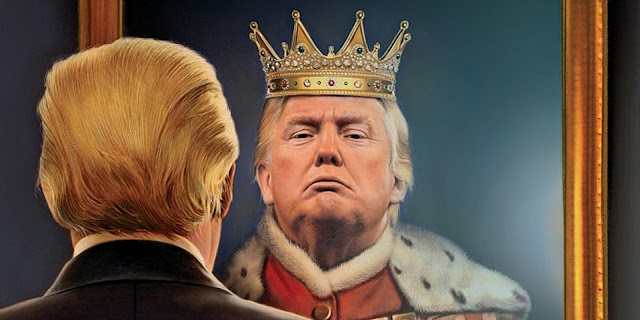 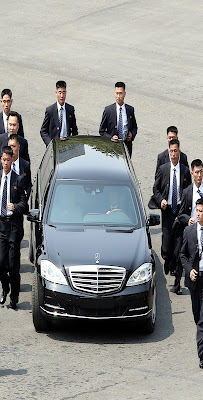 Limited visibility
During my time here on earth I've encountered
many powerful men. Males who have risen to
a level of power that if nothing else will corrupt.
Some who live as if some secret wall separated
them from the rest of mere humanity. Moving
about in a carefully orchestrated cocoon that
insures they have virtually no contact with we
ordinary folks. Then some who assume they
can do no wrong. Hence they interact freely
with the world at large. Often in a rather messy
and overt manner. And once part of the public
record - their careless words and deeds prove
that they are all too human. Or... inhumane. 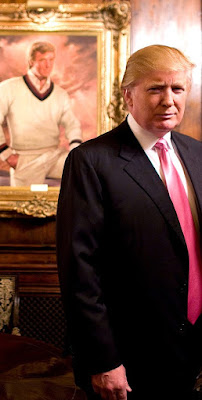 Guilt by association
It's been said that we're known by the company
we keep. Therefore the endless cycle of drama,
revelations, accusations, and untoward behavior
coming out of the White House should should
come as no surprise. Since his birth in an outer
borough Mr. Trump has been a wannabe. Thus
he's done everything possible to make himself
appear more important than he truly is. Sadly
he somehow hoodwinked his seat in the oval
office. Bringing along baggage commensurate
with characters of his sort. Strippers, liars spies,
embezzlers, and other vermin. All arrogant and
ignorant enough to expect America's respect. 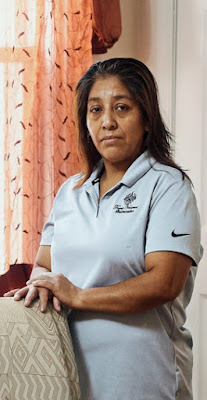 Maid in the shade
Hypocrisy is invariably a key attribute of such
low lifes. Not only do they assume the rules
(laws) don't apply to them, they blithely deny
culpability when caught. Therefore it comes as
no surprise that if confronted with violations
of our constitution's emoluments clauses - all
we hear is silence. Or when outed for having
an illegal alien rinse his delicates - Mr. Trump
simply ignores the Guatemalan in the room.
That's because whatever Don says is the exact
opposite of what he does. And at least half of
America willingly lets him get away with it. So
who is responsible for the error of his ways?!

Points of enlightenment
Post the pomp and circumstance of George H.W.
Bush' funerals - one would hope that our current
President garnered a few leadership pointers. Yet
treating a military escort like a coat check girl
was probably not amongst said august lessons.
It's obvious that in Mr. Trump's mind the rest of
us are here to serve his every need. To vote as he
tells us. And to believe his alternative facts. Yet
of upmost importance is insuring he's treated in
the style he is accustomed to. Yet Don's tenure
at the top is but a limited engagement. Where
does the golden boy go from Washington? Has
he finally reached his point of no return?!

Dead end kids
At some point reality hits each and everyone of
us. How that happens depends on the individual
them self. Fame is fleeting. And even the most
reclusive of billionaires can meet their maker
in their safe room high above Monte Carlo. In
the end it seems the messiest of mavens goes
down in a blaze of glory of seismic proportions.
Often due to the fact that along with their own
excess baggage, their exit strategy involves a
retinue that refuses to go silently. Which is just
what appears to be going on in Washington now.
Could it be that all too soon this mess may pass?
Or worse somehow survive with a vengeance?!
Posted by montanaroue at 4:00 AM