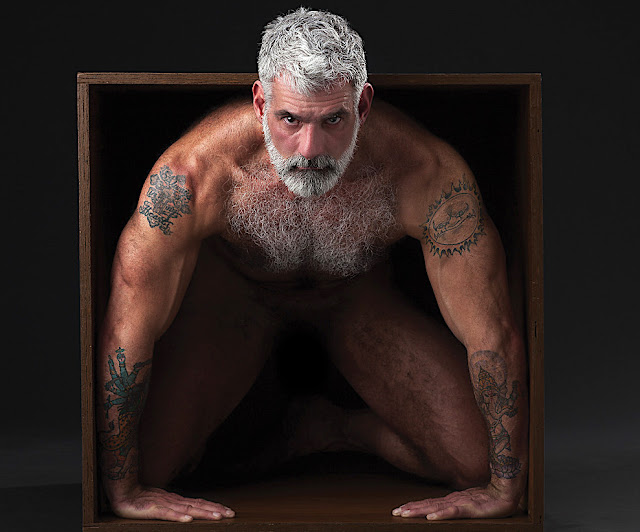 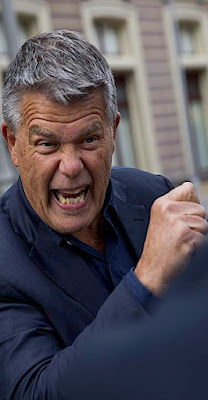 Unfair advantage?
Yesterday the Washington Post reported about
a man who sued the Netherlands for the right
to change his age from sixty nine to forty nine.
And lost. His argument was that he "felt 49".
And that being deemed "old" tainted his ability
to secure a mortgage, earn a proper livelihood,
and date younger women on Tinder. Sadly, the
judge didn't agree and threw his case out. But
I can't help but agree that age discrimination is
a not so subtle but lethal form of euthenasia.
The perfect example of a losing battle against
all odds. You see, like it or not we all get older.
And older. Until finally... we die. 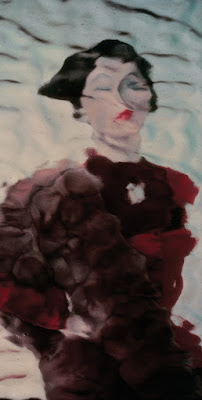 Perception? Reality?
Just the other day my sister-in-law "S" came
across some paperwork which surprised her.
Suddenly she realized that her grandmother
had died at sixty-six. A relatively young age
according to her current state of mind. Yet in
looking back she realized that she deemed
said lady as "old" long before she exited the
premises. All of which causes me to wonder
are we older than we assume? I don't know
about you but I think that I'm much younger,
hipper, and vibrant than folks my age were
back in the day. Am I delusional or have we
boomers found the fountain of youth?! 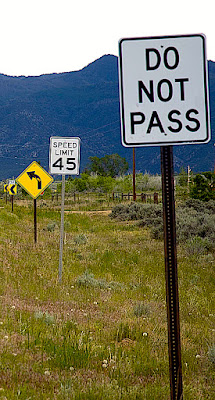 Dead end?!
One's age may only be a number, a milestone.
Or a mill stone about our rapidly deteriorating
necks. Like it or not, society burdens us with
assumptions related to our time here on earth.
Hence one cannot vote until they are eighteen.
Nor legally consume pleasurable potables till
twenty one. And are expected to retire at sixty
five and be covered by Medicare. And finally
collect their social security stipends at sixty
seven. Therefore at least in theory, one is free
to live as they like from twenty one to sixty
five. Knowing that after that their only option
may be to slowly fade out of the picture...

Exit strategy?
The question is what are one's options within that
limited span of numerical viability? Techno hot
shots aside, most of corporate America requires
some sort of growth period prior to handing over
power. Thus it's rare to find a CEO of a Fortune
500 company under thirty. Their average being
fifty eight. Just  forty check in at under forty with
their youngest being Jeffrey Zuckerberg at thirty
four years. So in theory, one should become more
successful the older one gets. However in truth,
I question whether that is the case for most of us.
That instead there's is a cut off date where we're
all sent out to pasture. Whether we like it or not. 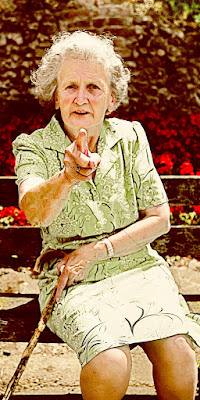 Glass ceiling?
Years ago a friend, colleague, and age peer
stated she wasn't being considered for top
spots due to her age. In response I accused
her of crazy age conspiracy theories. Only
to later be told (by an executive at a firm
she had interviewed at) that while she was
"fabulous" she was "too old." Subsequently
I myself have been forced to embrace the
reality that I may have become a has been.
In that the phone no longer rings constantly
with new opportunities. A sad bitch slap in
that that seems a waste given that in reality,
I've never been better nor wiser nor bitter. 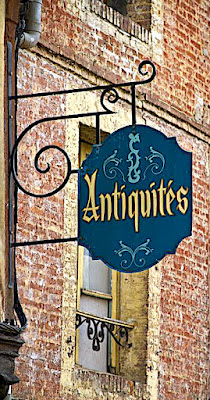 Competitive edge?
For old folks such as myself, that leaves us
with one option. Which is to leverage our
experience in new ways. Given few seem
willing to gamble on an old guy like myself,
I've opted to take matters in my own hands.
Which is why I opted to focus on my time
and energy on interior decor and antiques.
Always a passion, it's now a viable form
of income generation. And while I'll never
make what I did at my "peak" - somehow
I'm much happier knowing my somewhat
limited future is in my own arthritic hands.
Could it be I'm old enough to know better?
Posted by montanaroue at 4:00 AM