IT'S A MAD MAD WORLD 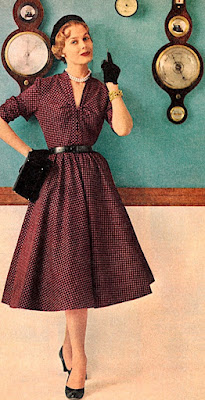 Time out
Honestly, when will it ever end? For many
reasons most of us spend our days and nights
scurrying about. All in an attempt to control
our existence. Hence the art of keeping one's
act together just might be the common curse
of mankind. It really doesn't matter whether
one is rich or poor. That's because inevitably
we all find something to fret over whatever
our circumstances. Thus if one works as a
maid they worry about getting the job done.
Whereas her mistress wonders the same thing.
No wonder we're over whelmed and stressed!
Apparently there is NO rest for the weary.

Multi tasker
Not a night passes when I don't wonder where
the day went. A Pavlovian response to the fact
that we're never able to achieve all that we think
we should. The fact is we're all our own worse
enemies. Exactly when did you last congratulate
yourself on a job well done? Rather most of us
rarely rest on our laurels. Instead we pummel
ourselves over all the tasks we were unable to
check off our honey do lists. My question is
why do we purposefully set ourselves up for
failure? Are we secret sadomasochists who
enjoy inflicting torture upon our stressed out
psyches? And is there any gain to said pain? 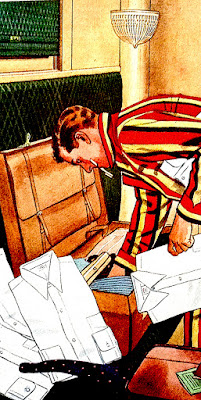 Time travelers
No wonder we all dream of getting away from
it all. The problem is that getting there isn't any
fun. First one must decide where they go and
when. Next, make all the arrangements. After
that decide what to bring and pack. And finally,
embark on the journey itself. Which inevitably
is fraught with delays, cancelations, and the like.
Only to be tasked post arrival with deciding on
where to dine that night. Could it be that there
is no get out of jail card for life itself? Are we
all destined to be overworked concierges in
purgatory? Are we doomed to never to finish
our list until we are finally finished for good?!

Guilty as charged
If you want to know who is to blame, look in the
mirror. That idiot facing you is the reason you're
in trouble. Good or bad intentions aside, YOU
alone are the root of your life's evils. At least in
theory you have control over the situation. You
are the one who can say yes... or no. However
for often unexplained reasons the majority seem
to prefer more than less. Otherwise why would
anyone ever consider putting themselves in such
overwhelming situations? Maybe we should all
reset our buttons and try to end this foolishness.
Or could it be that we truly like living this way?
After all, it's been said crazy is as crazy does...
Posted by montanaroue at 4:00 AM