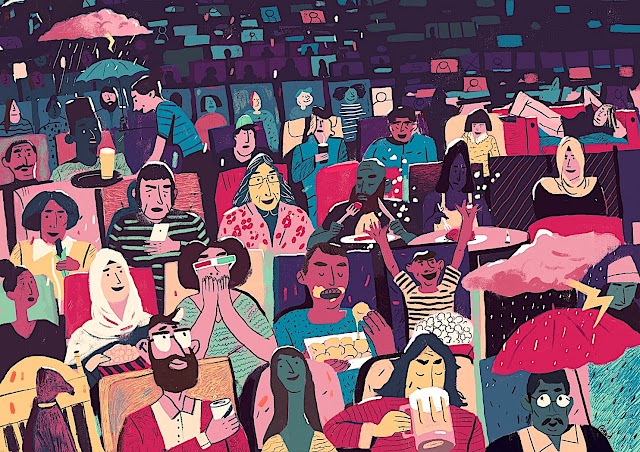 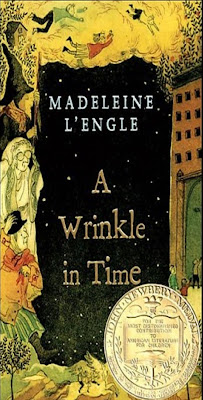 A night to remember
During much of my career I had the pleasure
of meeting many luminaries. Said celebrities
were human at best. Among the few who truly
stand out was Madeline L'Engle the author of
"A Wrinkle In Time". She was if nothing else
a total class act. Innately chic, the literary lady
carried herself with dignity and aplomb. Yet
what I found most appealing was her ability
to inspire others. A skill shared with Oprah
Winfrey, one of many stars in the new motion
picture based on her Newberry Medal winning
classic. Post much anticipation we finally saw
it Saturday night. Well... at least we tried to... 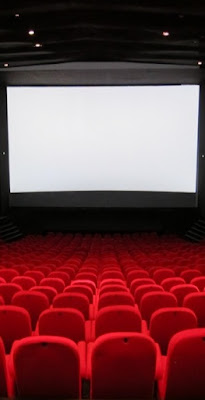 Reserved seats
It's rare that our local movie theater runs a film
that appeals to Frank or I. Whatever is listed on
the marquee tends to be either an action flick or
children's movie. We purposefully chose Saint
Patrick's night assuming that the theater would
be ours alone. Post stopping by the concessions
we walked into an empty theater. Which while
quite lovely also felt a bit lonely. Quickly about
a dozen folks joined us. Then shortly after the
previews started, a familial horde of at least ten
straggled in. While there were plenty of empty
seats available, they ambled down the aisle and
settled into the seats directly behind us. 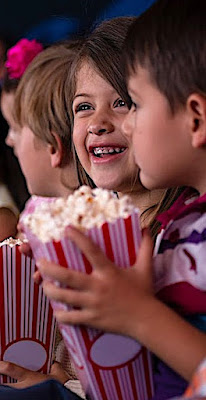 The children's hour
Before I continue let me reinforce that I adore
children. As a father of four and grandfather
of five I've obviously had more than my share
of hands on experience rearing tots. Even if
some of my children might argue that I wasn't
the best of dads - I'm confident that when my
kids were in public they behaved themselves.
In part because both their mother and I (and
later Frank) did our best to teach them manners.
And the importance of behaving appropriately
in a public setting. Hence with a few random
exceptions, my kids almost always behaved
themselves. And treated others with respect. 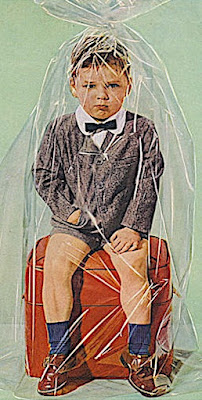 Snap, crackle, pop
Once quite ensconced, the kiddies proceeded
to unwrap what can only be described as the
noisiest of repasts. While I'm not certain of
what they were nibbling, I'm certain that it
was encased in an armor of cellophane. Thus
in order to ingest their mess, the entire theater
was subjected to their crackling cacophony.
So loud that this definitely deaf dad had quite
a hard time understanding what the actors on
screen were saying. In between the kids slurped
soda, kicked our seat backs, and did everything
possible to insure that we did NOT enjoy the
movie. However said hooligans were not alone. 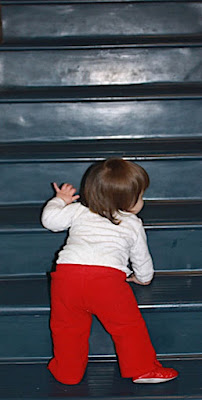 Restless foot syndrome
At least one of the kids seemed to be suffering
from some sort of bladder ailment. Hence every
ten minutes or so she literally dragged her feet
down the aisle to the exit. Her return heralded
by the clump of her snow boots upon every step.
Leaving me to wonder where were her parents?!
Had they dropped off the kids and left to dine?
Or decided to watch the action flick in theater
one? Obviously these children not only lacked
any semblance of manners but also any form of
adult supervision. Left to their own devices they
were quite skilled at making us squirm. Insuring
that it was impossible for us to watch the movie!

Anti-social
Speaking of personal devices, meanwhile there
was a woman two rows ahead who obviously
wasn't aware of or was unwilling to obey the
theater rules. Keeping her phone on - her cell
phone frequently lit up like a bright beacon as
she received message after message. At least
she had to decency to leave the auditorium to
answer her calls. While we all have problems,
we wondered what her problem was. Then we
realized that those children sitting behind us
were hers. And that any lack of supervision
was obviously due to the fact that she was too
busy socializing to tend to her tyrannical tots.

Pest control
Sadly a child's development depends on those
who raise them. Obviously this family didn't
have a clue. Post the film's end and inspecting
the perpetrators it was obvious that attempting
to educate them would have fallen on deaf ears.
So rather than protest our treatment we quietly
went home. However Frank and I did learn a
valuable lesson. Which is to NEVER go to a
movie that is even slightly family oriented or
has broad appeal. Therefore feel free to give
your kids the run of the joint as we won't be
in attendance. Rather we'll just stay at home
and binge watch some adult films on Netflix.
Posted by montanaroue at 4:00 AM