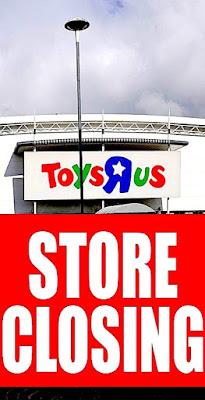 Game over
Yesterday Toys "R" Us announced the closing
of all of it's U.S. stores. Given I spent almost
three years of my life shoring up said brand I
took said news badly. One can't help but feel
like a dinosaur when many of the organizations
you once fervently served are now (or will soon
be) extinct. During a career that has spanned
almost forty years I've seen a legion of tried
and true retailers come and go. Yet each time
another one fails, especially one that I know
well, I get a tad angry. That's because market
forces aside, most corporate failures have no
one to blame except those once at the top. 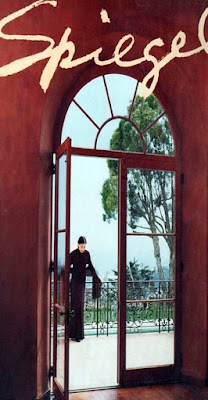 High society
I've been sold as often as some old Buick. My
career started in publishing. I then moved on
to advertising agencies to work on major retail
accounts. Subsequently I crossed over to work
for a store itself. My first foray on that side was
Spiegel. The once venerable cataloger from the
Chicago area. Back then it's upper echelon sat
far above the masses on it's own floor. Outfitted
with over the top accoutrements such as leather
floors, private baths, and open terraces. Hence
post riding the elevator to said stratosphere you
entered a rather formidable and quite isolated
environment. It was a virtual fantasy land. 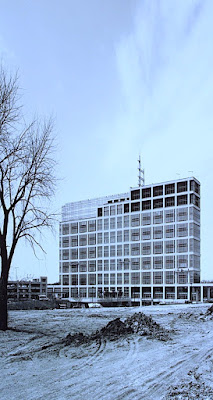 Far from glory
Given Spiegel was a "department store in a
catalog" such extremes seemed appropriate.
Far removed from the masses it's leadership
operated in limbo. Add a further removed
German owner and one might argue failure
was inevitable. Two decades later, logging
onto the Spiegel website informs you that
they're "refreshing". A nice way of saying
out of business. Which bodes the question,
what went wrong? Or a more provocative
query - could smarter leaders have saved
it from extinction? My answer is possibly.
But in my experience HIGHLY unlikely.

Paradise lost
You see, corporate governance is a capricious
game of chance. It all depends on having the
right person in the right place at the right time.
Often circumstances are beyond even the best
of leader's control. As was the case of Marshall
Field & Company. I joined during a time of
reinvention, rejuvenation, and rejection. After
much work we were very successful. Creating
the impetus for our corporate parent (Target) to
trade in our laurels and sell. A decision driven
by external forces i.e. the financial community
and stockholders. Thus in the end, a retail icon
disappeared. And few if any seemed to care. 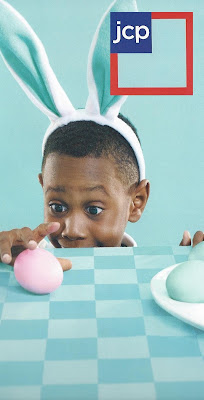 Shell game
During my time at JCPenney is was obvious
something had to change. Therefore when a
golden boy entered the fray everybody was
more than optimistic. Sadly, all that glitters
is not gold. Thus a combination of arrogance
and ignorance wreaked destruction upon the
company akin to a nuclear holocaust. All
within less than a year. Leaving those left
behind to rise out of the ashes in an attempt
to regain the status quo. All good intentions
aside, nothing seems to have been able to stem
an endless tsunami of challenges. Hence in my
opinion it's only a matter of time... 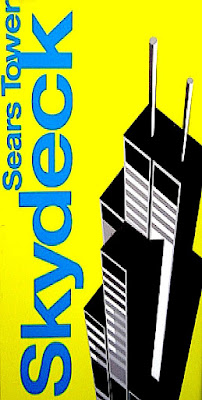 Satisfaction guaranteed or...
I could go on and on. My first retail client was
Sears. Which in those days was housed in the
tallest building in America. Slowly I watched
a century of success fade away. First the catalog
was closed. Then they moved to the suburbs.
And as Rome burned, the majority of it's key
leaders got big bonuses and even bigger golden
parachutes. Which brings us back to Toys "R"
Us. The reason the company ever went private
was due to years of over indulgent management.
Housed in an "executive" multi layered tower
set amidst a sylvan waterside corporate campus
they had one focus. PROFIT AT ANY COST.

Time up?
By the time a new regime arrived, the damage
had been done. Yet over the course of several
years things started to turn around dramatically.
As with most corporate takeovers, common
sense initially yielded the greatest results.
However equally important was rebuilding
a sense of pride, purpose, and resolve within
the faithful who the prior regime left behind.
Along with re-establishing strong ties with the
vendor community. Soon we regained market
share, brand authority, and sales. Honestly it
worked. Yet quickly politics and errors in
judgment reversed any forward momentum. 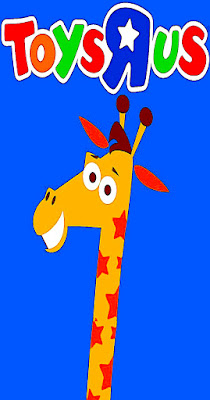 Fun while it lasted...
So now America loses yet another retail icon.
The question is who cares? Given America's
collective consumption - someone will fill the
void. And there are plenty of smart folks who
are willing to do just that. In the end I come
to this conclusion - retail brands are limited
commodities. Only a blessed few get to ride
the roller coaster up a brand's bell curve. A
few more enjoy the plateau of being on the
top. Yet it's inevitable that even the best slip
off said perch and pummel down to a point
of no return. So farewell Toys "R" Us and
Geoffrey. It was fun while it lasted wasn't it?!
Posted by montanaroue at 4:00 AM