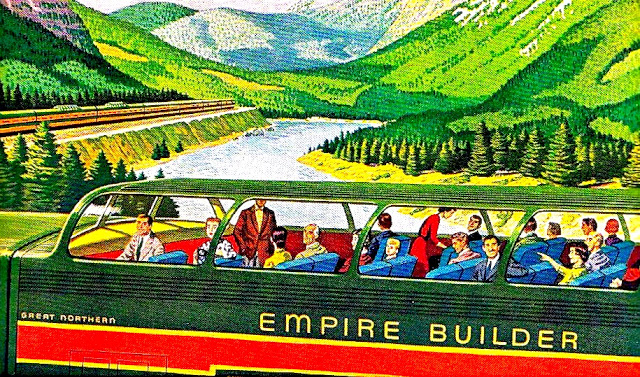 All together now...
My father loved trains. As a boy nothing was
more exciting than the powerful majesty of the
steam locomotives criss crossing our country's
massive railway system. And little seemed as
elegant or exciting than hopping on board to
spend the night in a sleeper car or devour a
steak in the dining car. However by the time
I came along, said speedway was but a rusted
remnant of a forgotten mode of transportation.
By the seventies, Amtrak became something
of a joke. And subsequently what is left of our
passenger trains continue to carry on. In a way
that actually is quite wonderful. 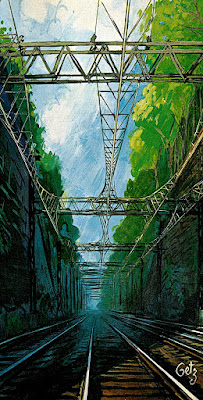 On the right track
On the east coast there remains a strong rail
system. Trains convey millions of suburban
commuters into Manhattan on a daily basis.
One can travel up or down the eastern coast
via rail. Including the super fast Acela trains
that glide from Boston and Washington D.C.
Rather than flying, such a mode of transport
is beyond easy. One boards a train from a
station located in the center of town then
gets off in the middle of whatever city of
their choice. Imagine no airport security,
baggage claim or the like. So why is it that
most of us never ride the rails?! 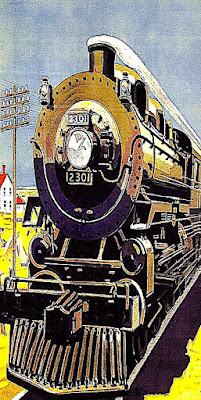 National tour
My first transcontinental journey was by rail.
The owner of my company insisted that I see
the country first hand rather than fly above it.
Soon he booked me a private compartment to
Los Angeles via New York, Chicago, Seattle,
and down the west coast to my final stop. As
a jaded easterner, the vastness and beauty of
our nation literally blew my mind. Hence by
the time I arrived, I was all the better for the
ride. Even if it took three days versus seven
hours - it was worth every moment. Such a
journey not only grounded me - it helped me
see America in its proper context. 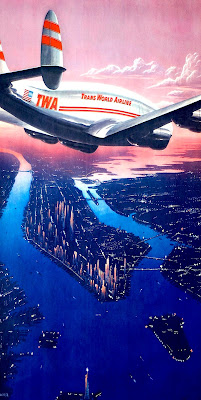 High anxiety
Speed isn't everything. Sometimes we must
pause and reflect upon all that we have. The
allure of air travel has always been about life
in the fast lane. However one might argue
that whizzing along at the speed of sound
dulls one's senses. Thus while one may get
to where they're going quickly, they arrive
without any understanding of what it took
to get there. Such a limited scope can easily
enable us to disregard the challenges and
needs of those we've passed over. Myopia
may be the reason why America struggles
to keep in touch with our collective reality. 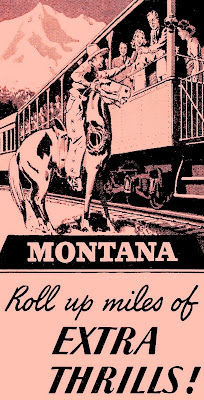 Local color
There is no doubt that my perspective changed
after my introduction to Montana. Growing up
in the densest of population centers in America,
I had a rather warped sense of reality. It wasn't
until I started to venture beyond the metro area
that I discovered the depth and breadth of this
great country of ours. The population of which
is even more diverse than ever imaginable. Yet
trip by trip, mile by mile, I came to appreciate
all that truly makes American great. I've seen
the good, the bad, and the ugly. All of which is
the physical manifestation of a diverse living
and breathing democracy. 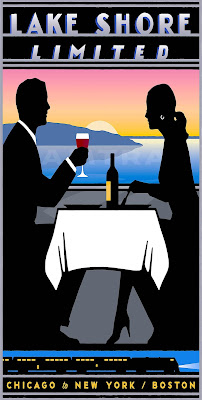 Round trip fare
Yesterday my youngest daughter "M" and her
family pulled into Pennsylvania Station after
a nineteen hour train ride from Chicago. They
opted to travel via rail because it seemed the
best option for my soon to be two year old
grandson "H". I booked them a "family room"
which provided plenty of space, privacy, and
their own bathroom. Tickets included free wifi
and meals in the dining car. Post boarding they
were soon asleep in their own berths. The next
morning they had breakfast somewhere in Ohio.
After lunch "H" took a nap before they arrived
in Manhattan rested, relaxed, and ready for fun! 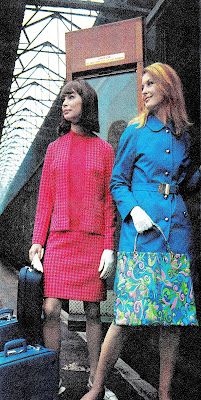 All aboard
While taking a train trip may not be in your
immediate future, maybe it's time to slow
down and enjoy life's ride? As citizens of
this great republic, we all enjoy freedoms
unreachable for most others. Somehow we
allowed a schism of conflicting perspectives
to tear us apart. Most of our differences in
opinion are driven by our limited spheres
of influence. We don't know what we don't
know therefore to some ignorance is bliss.
However what would happen if each of us
traveled to places unknown? Why not try
to see life from another's perspective?
Posted by montanaroue at 4:00 AM