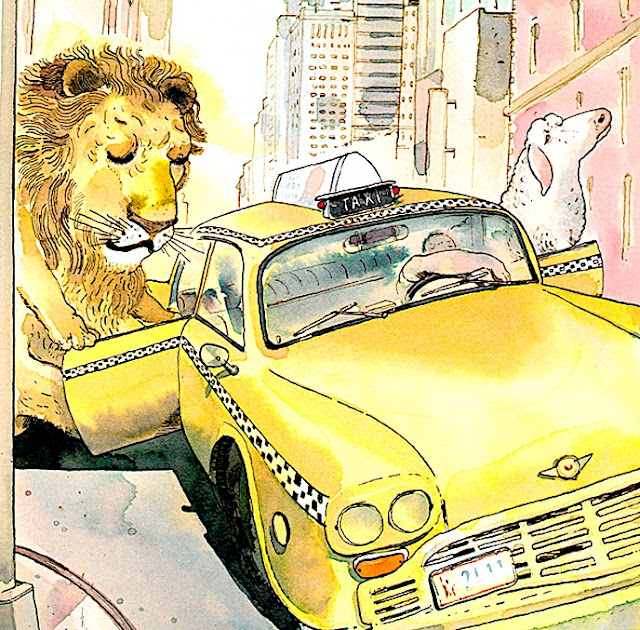 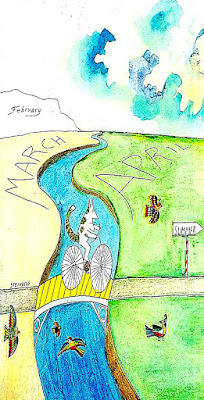 False start
Inevitably most tried and true sayings embody
some elements of truth. Just two weeks ago the
temperatures in Manhattan were quite balmy.
New Yorkers flooded the streets to bask in the
sun or dine al fresco. However said early lamb
has turned into a roaring lion as evidenced by
the classic Nor'easter now assaulting our city.
All of which should be of no surprise. Friday
is St Patricks Day. And as I recall, we've often
had a major snow storm just prior. Hopefully it
all melts before those green to the gills drunks
start lolling in our gutters! And if not, at least
said snow will cushion their fall from grace. 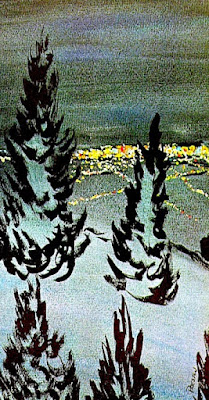 Extreme exposure
Given many across this country are currently
freezing their asses off, it's easy to dispute
the very idea of global warming. However
the average global temperature has risen 1.4
degrees Fahrenheit since 1880. With most
of that change occurring within the last few
decades. President Trump and his errant
Energy Secretary argue that we the people
hold no responsibility for the uptick. Yet
all of us need to understand exactly what
turning up the heat means to our collective
future. You see, climate change isn't a joke.
Our world may be changing for the worse. 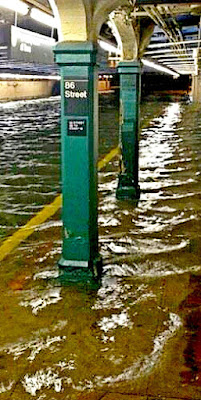 Sink or swim
It's doubtful that I'll ever take an Alaskan cruise
to see the glaciers. However if our heat wave
continues they won't be there anyway. Soon
thereafter the subway may resemble a canal
in Venice. Such a potential rise in liquid assets
is worrisome. However the harsh reality that
our new regime in Washington plans to re-tox
our environment is even scarier. Hence rather
than waste our time arguing about what is the
cause of global warming, we should focus on
how we plan to handle any rise in temperature.
Mostly because whatever our government lets
industry spew may wash up on our doorsteps. 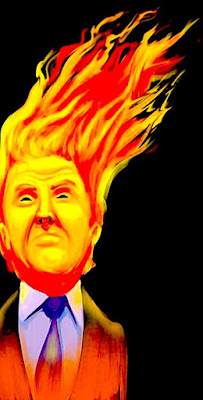 We're getting warmer...
It's hard to refute the wisdom of most tried and
true sayings. Thus "better late than never" seems
timely advice. On the short term deregulation as
relates to pollutants, fossil fuels, or the like may
drive our economy upward. However for those
who love their grandchildren, one can't help but
worry about forcing them to solve our problems.
Doesn't it seem decadent to pass on the errors of
our ways to future generations? When did greed,
graft, and self aggrandizement come to embody
the American way? Oh... I forgot. It all seems
to have changed some time after November 6th
and January 20th. Since then we've lost our way. 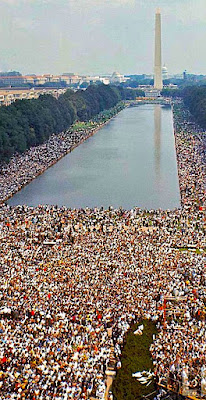 March on...
One can only hope that the performance
of President Trump's administration will
reinforce the adage -  "in like a lion - out
like a lamb." To date his bravado has been
usurped by the plethora of automatic stop
gaps inherent to our democratic form of
government. However don't be fooled.
Underneath all of the hoopla lies a stealth
effort to destroy all progress made over
the last twenty or thirty years. Therefore
whether Washington is filled with lions or
lambs we must ALL remain ever vigilant.
Maybe it's time we MARCHED again?!
Posted by montanaroue at 4:00 AM