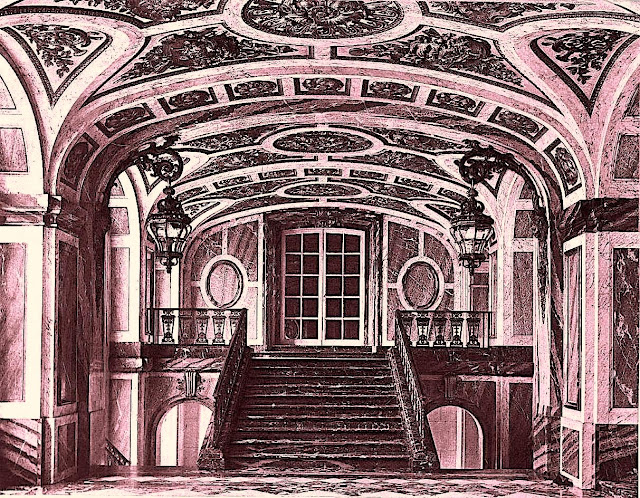 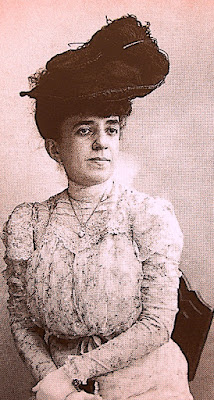 Poor investment
Once upon a time in a world where the only
tweets uttered were by feathered friends lived
an heiress. Anna Gould was the daughter of
robber baron Jay Gould. Upon daddy's death
in 1892 his worth was $72 million ($3 billion
in today's dollars). A widower, his booty was
divided amongst his five children including
Anna. Neither pretty nor witty she leveraged
her assets to marry the Marquis de Castellane
an impoverished boulevardier with impeccable
credentials. Within ten years her groom went
through $10 million of her inheritance forcing
Anna to divorce him before she totally lost it. 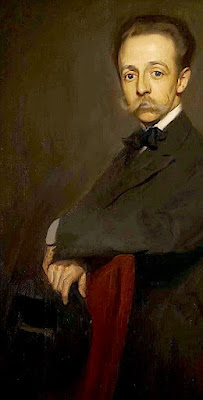 Open & shut case
It's amazing what one can do with another's
money. Boniface - better known as "Boni"
built a monument to his wife's inheritance in
Paris. Situated on a full block facing Avenue
Foch, Palais Rose was a replica of the Grand
Trianon. This testament to his marital prowess
wasn't completed until well after their divorce.
The settlement of which enabled Boni" to fill
it with priceless art and antiques. He resided
there primarily alone until his death in 1932.
Soon thereafter it's luxurious contents were
split between his two children and the house
was sold. Only to be cruelly razed in 1969. 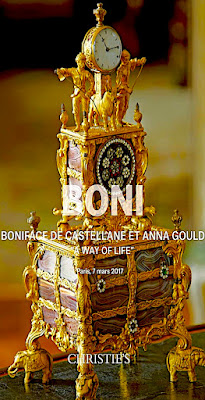 Lost & found
Even in long gone days before social media,
reality television, and the like - Boni and
Anna's marriage, subsequent spending spree,
and divorce were fodder for headlines. Yet
by a little over a century later, everyone had
forgotten them and Boni's opportunistic ill-
gotten gain. Like most children subjected to
public scrutiny at a tender young age, their
offspring led extremely private lives. Hidden
within their gilded cages, these exotic birds
of paradise rarely flew the coop. Finally post
the death of their grand daughter the Duchess
du Mouchy, Christies is auctioning their past. 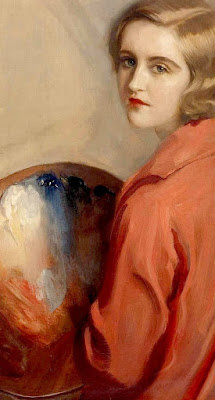 Hide & seek
Imagine discovering such a treasure trove
previously unknown and forgotten. Which
reminds us that hidden behind the closed
doors of the world's elite lies a veritable
stash of delights. While money doesn't
insure happiness one might argue that it
often encourages eccentricity. One only
has to recall Huguette Clark an heiress who
preferred to spend her final years in a dingy
hospital room. All while two posh Fifth
Avenue apartments plus several luxurious
estates packed to the rafters with antiques
and art lay ready and waiting for her return.

Through the glass darkly
One can't help but wonder what glories lay
hidden within all of the townhouses, coops,
and country estates in and about New York's
confines. At night one can catch random
glimpses of crystal chandeliers, paintings,
and sculptures through many lit windows
throughout the city. However most of those
who own rarified or inherited goodies prefer
to close the curtains and live in anonymity.
Which apparently is much easier than one
might expect. Such folks have nothing to
prove and hence nothing to say. Thus they
come and go as they please in private. 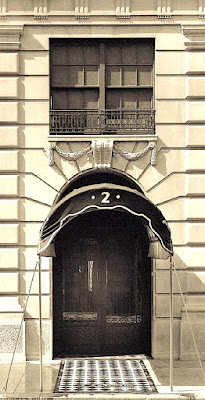 Limited engagement
Privacy may be the ultimate of luxuries and
genteel pursuits. Depending on how much
cash one has on hand, it's easy to be insulated
from the prying eyes of strangers. Protected
by a retinue of loyal doormen, servants, and
other support staff, one can easily avoid any
public scrutiny. That is unless you crave the
attention that notoriety brings. Often all that
glitters isn't necessarily gold. Hence those
who flaunt their accumulated accoutrements
may be trying to prove a point. Which causes
me to wonder... is all that bravado worth the
effort? Or will they too be soon forgotten?
Posted by montanaroue at 4:00 AM