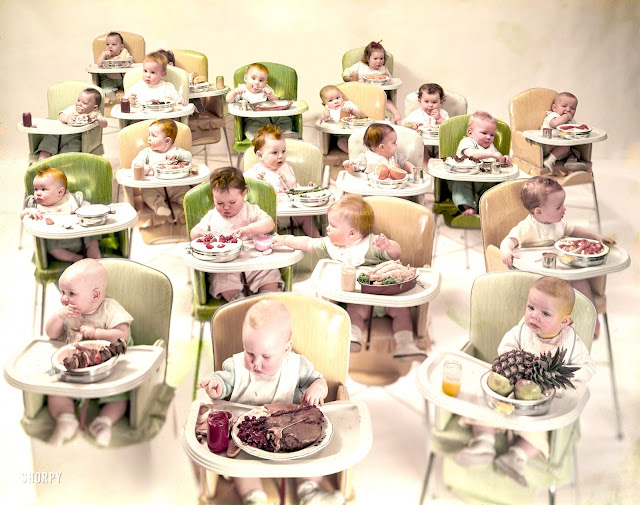 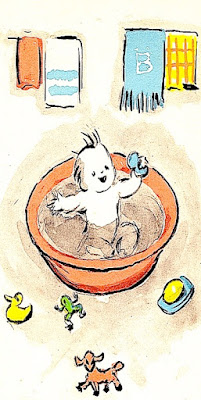 Refresher course
Given my youngest is now the mother of a two
year old, it's obviously been awhile since I had
a toddler in the house. However that changes
today with the arrival of my grandson "H" and
his parents. Frankly one forgets about all of the
accoutrements required to properly care for
a little one. However slowly but surely Frank
and I have been preparing for his visit. Saturday
we ventured downtown to a baby superstore.
Our mission was simple - to purchase foam
corner guards for our uber modern yet sharp
edged glass coffee table. And it was a journey
into the unknown. We were two lost lambs...

Adult education
Frankly, no such places existed when my kids
were tots. The equivalent was Toys"R"Us and
trust me, it was an aisle or two at the most. At
times we were in awe of the dazzling array of
seemingly unnecessary parenting equipment.
For example there were a dozen humidifiers
to choose from including a deluxe Dyson that
was ticketed at almost five hundred bucks.
Then of course we had to buy some diapers.
In olden times parents had but two disposable
options - Pampers and later Huggies. Now one
can choose from a dozen brands plus their sub
categories, and finally wipes. HOLY CRAP! 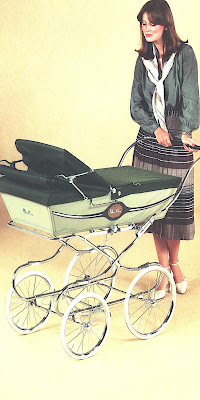 Less was more
Next we strolled past the prams and strollers.
In my day those with something to prove had
a British perambulator. Today that category
is obviously on a roll with a broad variety of
international brands and options. By the time
we left the store, we frankly couldn't believe
that even with a population explosion there
would ever be enough humans on earth to
buy out this store location alone. How much
stuff do modern parents need to raise their
child in the way they should go? Back in the
day we followed in our parents footsteps and
kept things simple. It all seemed so easy!

All mixed up
Well, not exactly. The fact is most baby boomer
offspring were raised in a chemical haze. Until
the early eighties many mothers still smoked and
drank through their pregnancy. Children were fed
canned formula not mother's milk. Once weened
they transitioned to manufactured mixes packed
in portion sized jars. Upon growing up they ate
whatever we ate which meant chemically laced
prepared foods straight from a box. Whereas my
daughter "M" has never fed "H" anything that
wasn't organic and prepared by her for him alone.
And we wonder why our children struggle. Did
we poison their chances for happiness?! 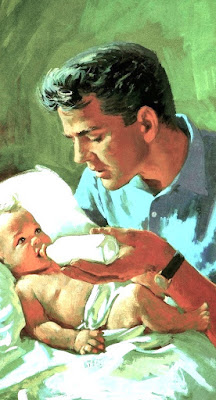 Balanced duet
I'm amazed at the passion, commitment, and
perseverance of modern parents. Unlike my
generation, most share the responsibilities of
parenting. Proving that for the young folks -
most traditional sexual stereotypes have been
usurped by common sense.  If only the same
could be said for corporate America. Sadly
women are still the minority in the executive
suite. Invariably their compensation lags far
behind that of their male counterparts. When
are we going to realize that two sexes are
better than one - both at home and at work?!
Let's hope our grandkids finally get it right!
Posted by montanaroue at 4:00 AM