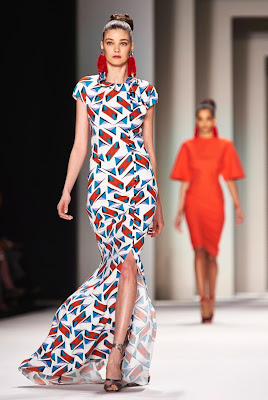 Closed for business
Sometimes I'm amazed at how myopic
the fashion industry really is. While the
headlines rage on about terrorism, hung
juries, and global warming - Women's
Wear Daily debates whether consumers
should attend New York Fashion Week.
Now, could anything possibly be more
ridiculous? Imagine... the very idea of
those who actually purchase and wear
said garments gaining access to such an
obviously commercial presentation of
goods? Is said closed door dictatorship
becoming a fashion FREE FOR ALL? 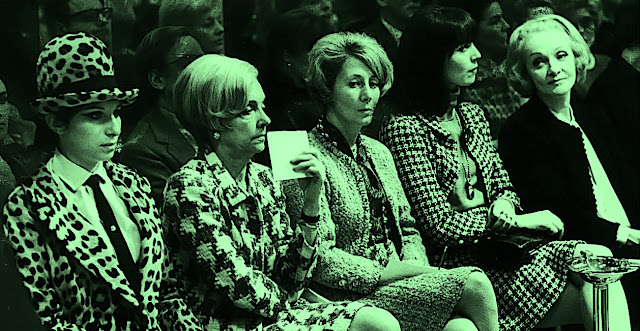 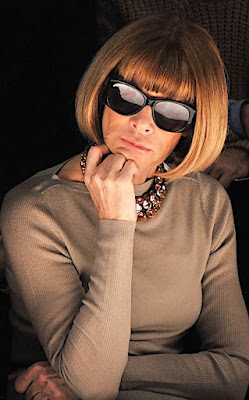 Hard pressed
Now, let's be honest. Any fashion runway
show in nothing more than a SELL JOB.
Since the dawn of couture, style mavens
have staged presentations of their wares
for key clients. Back in the day that was
not retailers but actual customers. Said
soirees were PRIVATE as the last thing
they wanted was for someone to steal
their ideas. Then at some point the top
press was invited. Suddenly society sat
beside working girls - i.e. the editors of
Vogue or Bazaar. A century later, those
former interlopers now reign supreme! 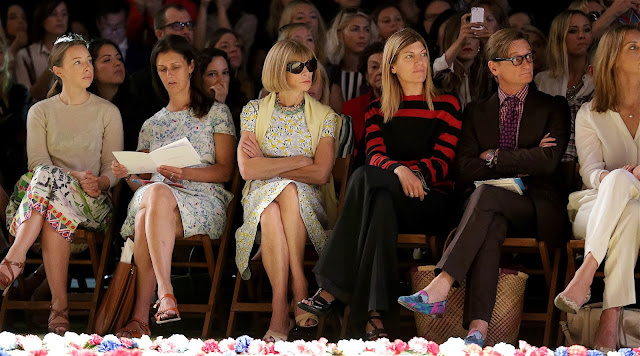 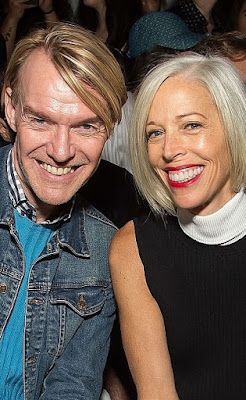 Buyers club
Let's all agree on one thing. Style and all
it's related accoutrements have ALWAYS
and will always be ELITIST. All fashion
trends start at the top and work their way
down the stylistic food chain until they
finally hit the racks at Target. During my
tenure in the tents half of those sitting in
the front row or behind were key players
in the press, media, and other style venues.
However an equal amount of key seats
were reserved for retailers. That's because
they're the ones with the money. And if
they buy it - most of us will in turn buy it. 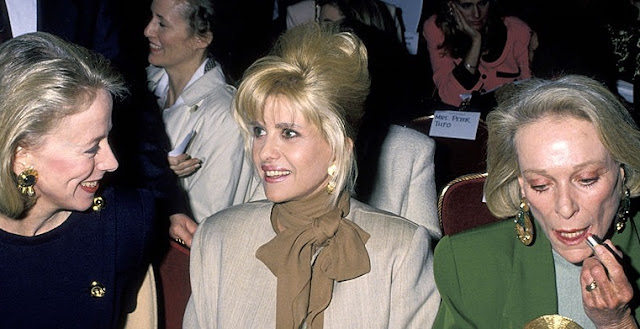 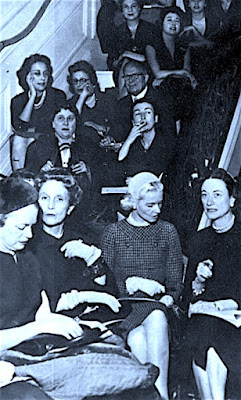 Leaders of the pack
Depending on the designer, there is also
a sizable representation of the ladies who
actually lunch. They're the ones who put
their money where their mouths are. Well,
actually on their backs. Hence the wooing,
cajoling, and selling to such trend leaders
is key to success. Often said devotees are
passionate fans. After Cristobal Balenciaga
announced his retirement, Mona Bismarck
sobbed for three days behind closed doors.
Recently celebrities have joined the fray.
However they're only there to garner free
media coverage - and hopefully free duds! 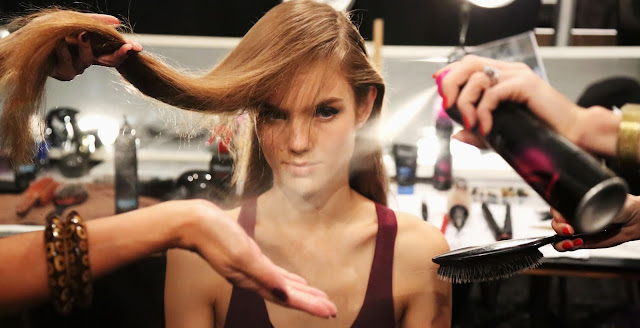 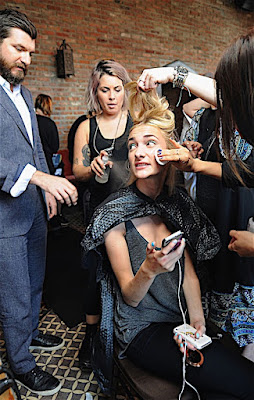 Booked solid
So exactly what is behind the quandary
of whether or not to allow the masses
into the tents? If one understands the
logistics of planning and staging runway
extravaganzas - it's not easy nor cheap.
Thus in theory they could easily strut
their stuff multiple times before diverse
audiences across a week. Yet I doubt
that's feasible. You see a small group
of fashionistas work for many designers
throughout the week. Hence few can can
do more than one "doo" at a time. Could
that be what all of the to do is about? 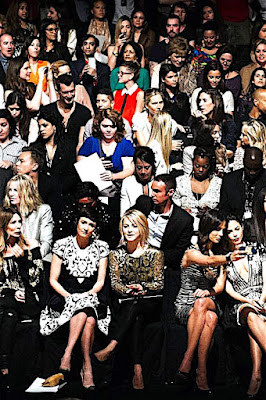 Too close for comfort
Let me make one thing perfectly clear.
Fashion Week is not at all glamorous.
Depending on the season one sweats
or freezes running from show to show.
One might think rubbing elbows with
the fashion elite is exciting but in fact
waiting to get into a show is the same
as trying to board the A train at 42nd
Street during rush hour. One literally
climbs onto bleachers only to sit and
wait for some skinny kid to strut down
another platform. Then everyone goes
on to the next! It's a vicious cycle... 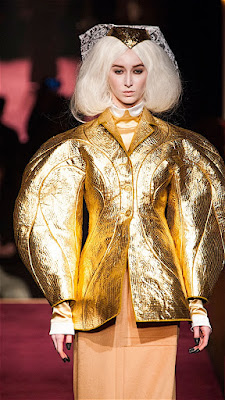 Is that all there is?
One has to wonder what we fashionistas
are fussing about. Has the way garments
are presented finally usurped the goods
themselves? Are they hoping that ticket
sales will be a better revenue stream than
register receipts? I don't know about you
but I think this quandary is proof that the
fashion industry has lost its way. Yes, it's
always about the end user. And obviously
the shows are making an impression. Yet
we should never forget that it's ALL about
the clothes themselves. And that just may
be the reason that fashion is in trouble!
Posted by montanaroue at 4:00 AM