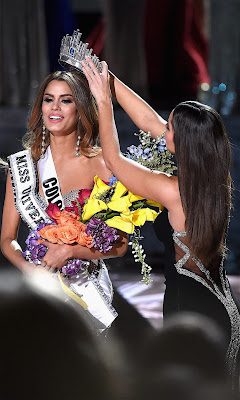 Dumb or dumber
Whenever I consider myself an idiot,
I'm now going to think of Steve Harvey.
This past Sunday Mr. Harvey hosted the
2016 Miss Universe Pageant in lovely
Las Vegas. And sadly what happened in
Vegas did not stay in Vegas but rather
was broadcast around the world. You
see, Steve misread his cue cards as he
announced the winner. Hence for two
minutes Miss Colombia was crowned,
sashed, and all too soon slashed. Like
most things beautiful, Arianda Guiterez
was literally deflowered before our eyes. 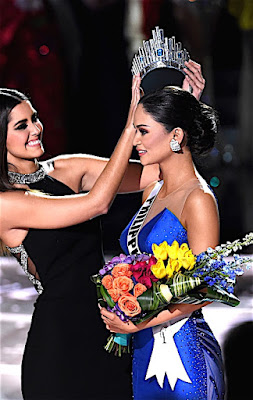 Double crossed
Then suddenly an obviously mortified
Mr. Harvey humbly stepped forward
into Arianda's spotlight. Apologetically
he announced that he'd made an error.
The true winner was Pia Wurtzbach
from the Philippines. Shocked and gob
smacked, it took Pia a minute to realize
that she was no longer the biggest loser.
Rather she was supreme world leader of
all things vapid. The next minutes were
if nothing else awkward. Both Pia and
Arianda were victims of circumstance
forced to share the stage and a crown. 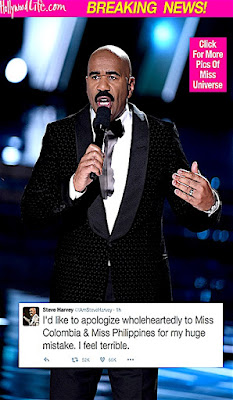 Two timer
How often does our fate lie in someone
else's hands? Apparently many thought
Steve Harvey was a rather funny man.
However it's doubtful they're laughing
this morning after his beyond obvious
gaff. While I'm certain he's a nice guy,
one thing is certain... he's a idiot. Thats
because his mistake in misreading the
results destroyed at least one lady's life
changing moment. And while both of
these victims are young enough to move
on -  it's doubtful that Steve can rebound
from such an obvious error in judgement. 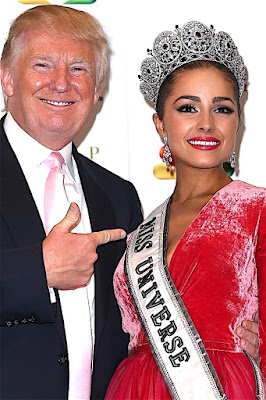 Switching channels
The fact is that we all make mistakes.
Fortunately not before a worldwide
audience of millions. However there
is most definitely a risk with strutting
one's stuff publicly. Donald Trump,
the former owner of said spectacle
was forced to sell after his offensive
anti-Latino remarks caused NBC and
Telemundo to drop the pageant. One
only wonders if it's a coincidence that
immediately post transaction, the Fox
Network picked up the broadcast rights
for this beleaguered parade of broads. True or false?
Now what happens? Will Colombians
across the world leverage this error to
justify acts of international terror? Is
this obvious mistake ultimate proof
that yes... Donald Trump purposefully
leveraged this subversive slur against
Latinos? Or confirmation that like most
other electoral decisions broadcast on
the Fox Network, some sore loser will
demand a recount? Sorry folks, all that
this mess demonstrates is that one man's
misguided actions can cause a hell of
a lot of trouble. Sound oddly familiar? 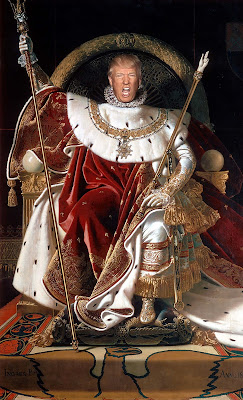 Multiple choice question
All of the above if nothing else should
cause us all to pause. In reality, those
who sit at the top are as human as the
rest of us. And therefore, chances are
they occasionally screw up. What's so
important is to make sure that whoever
sits in the big seat stops, pauses, and
thinks prior to pushing that red button.
Which bodes the question, do we really
want some inexperienced hot head in
the White House? Seasoned politicians
weigh out their options to a fault. Thus
shouldn't we stack the odds in our favor?