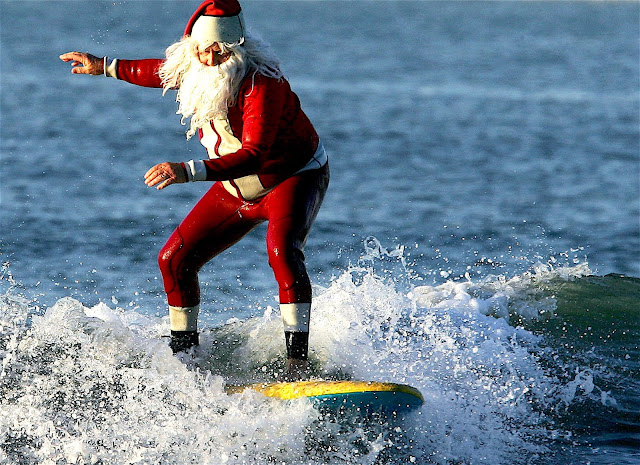 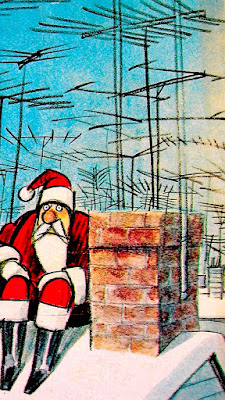 Down and out
Only two days left before some fat guy
comes down your chimney. And while
in theory some of your heads might be
filled with visions of sugar plums - all
that I want is for this seasonal travesty
to be over NOW. Call me Scrooge but
I'm "done." And if my saying what you
all are secretly thinking makes me an
evil elf on the shelf then so be it. I've
come to the conclusion that all of this
hoopla simply isn't worth it. And if I
get my way next year be sitting on a
poop deck instead of feeling like poop. 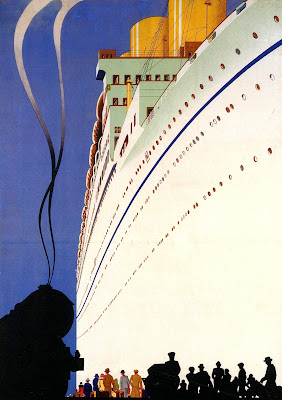 Sail away...
Don't assume my desire to get away
has anything to do with weather. I've
no problem with winter and all that
accompanies it. The core of my angst
is the holidays and all of the torture
that comes with them. So rather than
continue to silently stand there and
smile I'm making my first New Year's
resolution early - "NEVER AGAIN."
After another season of being forced
to do things I don't like to do I'm over
Christmas. And next year I'll be as far
away as possible. ALL ABOARD!? 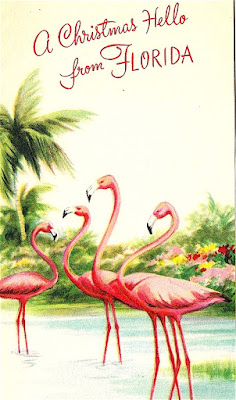 Lost & found
What exactly is driving my need to flee?
Last night I literally lost it. My holiday
spirit that is. After weeks of preparation
I suddenly realized that nobody really
cares about all of that extra effort. Yet
we continue to pile more and more on.
Sadly it still seems that too much of a
good thing sis not enough. Rather than
fight the tinsel tsunami I've decided it's
better to move on to higher ground. So
next year I'm going to to give myself
the greatest Christmas  present of all -
A VACATION AWAY FROM IT ALL. Far away from it all
Think about it. Once ensconced on some
leviathan of the seas I can finally let go
and allow someone else to do all of the
work. Hundreds of elves will be at my
beck and call. Serving me my favorite
cocktails, feasts, or whatever else suits
my fancy. If I don't want to do anything,
I will literally do just that - NADA. And
while the thought of gazing upon some
glitzy Christmas tree in the tropics rather
repulses me, anything is better than the
mess I've gotten myself in. So friends
and family I will bid you bon voyage! 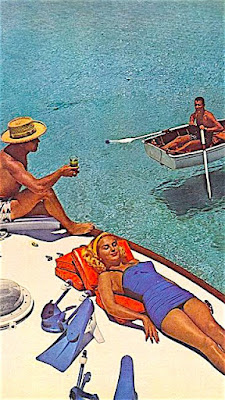 Neither here nor there
Is the above some bitter attempt to escape
from reality? HELL YES. Could such an
excursion to oblivion be all about me and
nobody else? ABSOLUTELY. However if
I run away it will be much better for those
who I leave behind. Nobody will be tainted
by my being "over" the season long before
the big day arrives. Once on board we'll
sail the seven seas sans Santa's list. Frank
can go on shore while I stay and stew in the
spa. In fact most of those boats are so big
that we don't have to see each other unless
we want to! From here on I say - SAIL ON! 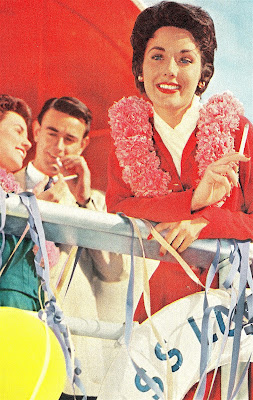 Lei off
Come on, lets be honest. Who doesn't
need a vacation?! The question is why
do we do this to ourselves year after
year after year? Much like New Years
Eve, who really has fun beyond those
greedy tots ripping open their presents?
In my opinion we've lost our way. Now
is the time that we find our place in the
sun. Instead of going through the same
old motions, let's go to a better place!
Therefore next year, this secret Santa
is officially going off the Christmas
grid. HO HO HO gotta GO GO GO!
Posted by montanaroue at 4:00 AM