WHAT EXACTLY IS YOUR BEEF? 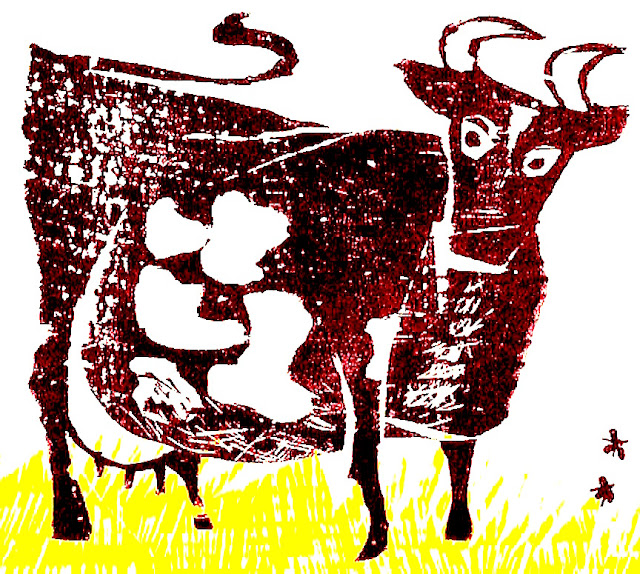 WARNING:
The following may be unsuitable for vegetarians. 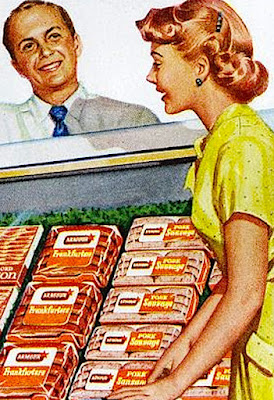 'Til we meat again...
Rather than live in a world where the
origin of one's protein doesn't legally
have to be divulged on the package -
I want facts. In a country where vast
agricultural resources abound yet we
import fruits and vegetables - I want
answers. In a supermarket filled with
chemically processed concoctions -
I want organic. Finally, when backed
into a caloric corner of no return -
I want nutrition. So rather than battle
systematic poisoning I'm going local.
Which comes to the meat of the matter. Over herd
All of the above may seem dramatic.
Yet I struggle with the disconnect
between the agrarian world we live
in here in Montana and what sits in
my cupboards or fridge. Surrounded
by mile upon mile of wheat or cattle
why are we all eating mystery meat
purchased at the grocer? Even more
baffling - why can't I easily purchase
locally grown foods rather than what
was just shipped in from Peru? Have
we collectively lost all connection
with reality? Something has to give. 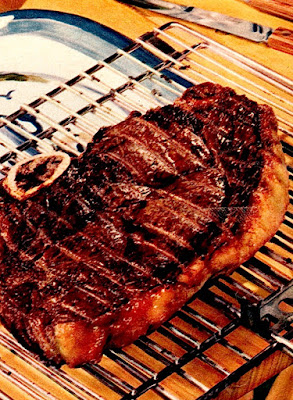 Fancy meating you
Given I've never met a steak tartare
I didn't adore, I'm obviously NOT a
vegetarian. For most of my adult life
dinner decisions were made while
standing at a butcher's counter. Thus
whatever piqued my fancy was soon
supper. I never realized how much
work it took to literally have a cow.
Someone must feed, protect, and
harvest that juicy steak. If we are
what we eat then why do we rely
on the kindness of strangers rather
than our friends and neighbors? 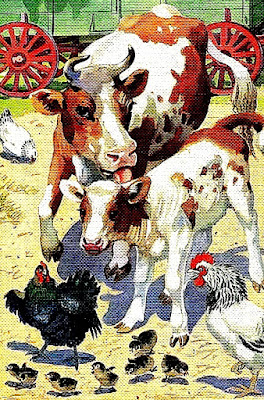 Our pound(s) of flesh
And that's why we bought a cow.
Well... half of one actually. While I'd
like to claim said transaction was in
defiance of our industrialized food
chain, our decision process was much
simpler than that. One day our friend
"V" asked if we wanted one of her
organic, grass fed cows. Quickly we
said yes without fully realizing what
that meant. You see, beyond buying
that side of beef we also acquired the
peace of mind of knowing exactly
WHO put their meat on our table. 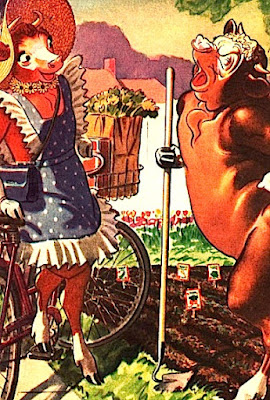 No bum steer
However we had no idea how that
would happen. Having never been
participated in any type of planned
execution prior - we agreed to buy
a heifer. Many locals claim there is
a big difference between boy and
girl beef. However post elaborate
research on the Internet I'm fairly
confident that folklore is fictional
at best. I don't want to steer any of
you wrong but beef is beef. That
decision made, it was now time to
moooove in for the kill. 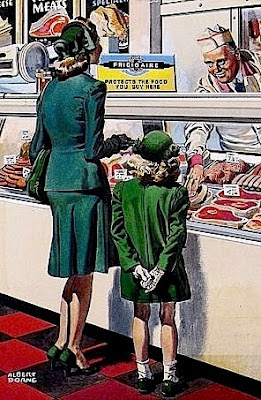 Going in for the kill
Next we had to schedule our heifer's
departure on to God's greener pasture.
Now that the deed is done, it's time
to divide what remains. So yesterday
I visited our butcher for a professional
consultation. The process of processing
a carcass involves more than wielding
a cleaver. One must decide what cuts
one wants along with the size of each
pre-packaged and frozen portion. And
while we'll eat almost anything, one
must also deal with all of the nasty bits
such as heart, tongue, brains, and tail. 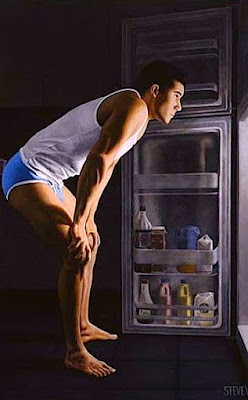 The end is near
All good things must come to an end.
Now that the butcher's job is almost
complete - I've got to find room for
at least one hundred and fifty pounds
of fresh flesh. Therefore I'm cleaning
out our deep freeze in order to prepare
the way for cryogenic preservation of
my bovine bounty. While our freezer
is not even a year old, there is enough
food hidden within to feed a horde for
a decade. Hence Frank and I will be
dining on the past imperfect for a few
nights. But that's for another blog...