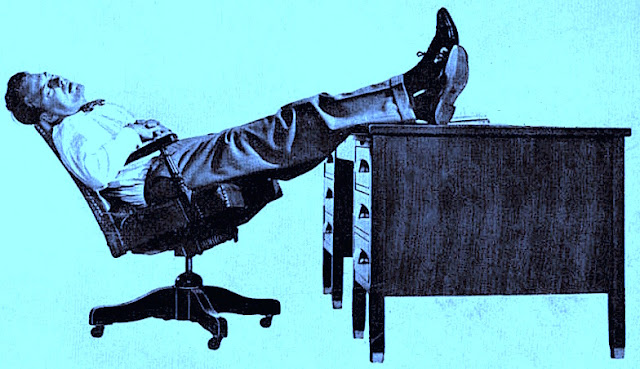 Writer's block
It's rare but once in awhile there comes
a day when even I can't think of a thing
to say. Usually a subject or idea pops up
and inspires a missive. Often one image,
word, or experience fuels an entire day's
diatribe. But occasionally I draw a blank
and today is one of those days. So... what
should we do about it?  We could sit here
and stare at each other. Or both of us can
walk away from our computers and hope
that some sort of inspiration will follow
shortly. I don't want to waste your time.
So I've got to think of something NOW. 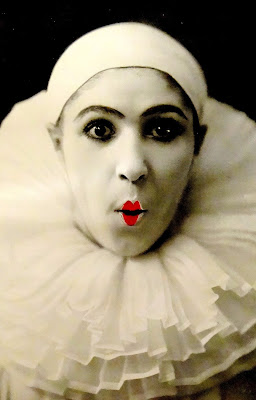 From start to finish
Personal expression is the most natural
of art forms. When inspiration hits -
fabulousness soon follows. However
try as I might this morning nothing as
of yet has piqued my interest. I search
the Internet for inspiration and so I did
just that. Not even an inkling of an idea
popped up. However... I did find several
odd images that if nothing else gave me
something to think about. Given I'm at
a loss for words I've decided to share
them with you so that we can finish
today's blog before I start tomorrow's! 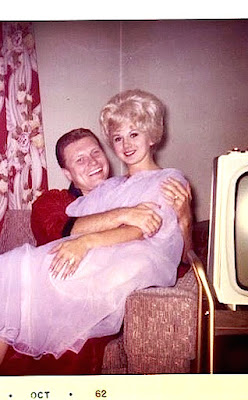 A blast from the past
I find this snippet of a snapshot rather
intriguing. Who is the happy couple?
Were they on their honeymoon or in
the midst of a clandestine clutch?
Does she or doesn't she? And where
did she get her pink peignoir? Is that
a smoking jacket he's wearing?  I get
the sense that both dressed up with
the anticipation of quickly taking it
all off. If this photo was taken today
they would be dressed in sweats and
tees while looking at their phones.
Let's go back to 1962 for some fun. 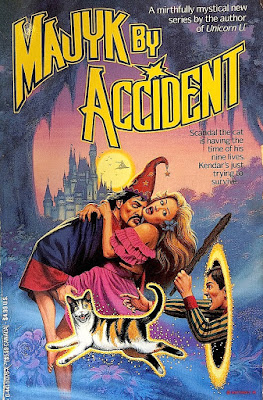 Stranger than fiction?
This book cover grabbed my attention.
Apparently Esther Friesner, it's author
is if nothing else prolific. This Vassar
graduate has written over two hundred
books. Whether I'd never heard of Ms.
Friesner or her tomes doesn't matter.
What does matter is that this prolific
writer obviously earns a decent living
writing fiction. So why am I wasting
my time trying to write this blog when
I could be cashing in by creating some
"mirthfully mystical" missives?!
Meet majykal Esther here. 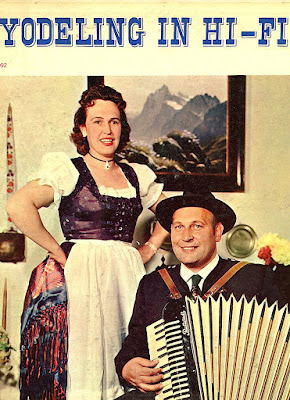 Climb every mountain
I adore album covers from the past.
They provide audible insights into
historical entertainment interests.
Apparently some folks liked to yodel
or vicariously listen to others doing
so via "high fidelity". Given the duo
pictured appear amply able to give
Heidi a run for her money I wanted
to hear their cat calls for myself. And
so, post some googling I discovered
this link to Rudi and Inge Meixner 's
album. Wonder if it went platinum?
You won't believe what you hear... 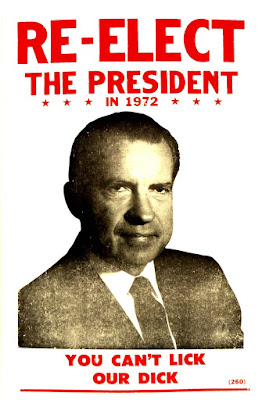 What a sucker
Our political process can be equally
entertaining. As the candidates line
up for consideration in the upcoming
election one can't help but be amazed
at what comes out of their mouths.
However in the past stranger things
have happened. Whoever coined the
phrase "You can't lick our Dick" for
Richard Nixon's re-election campaign
must have been an idiot or genius.
Remember that America voted Dick
back in office. If that alone doesn't
scare you -  See Dick run here. 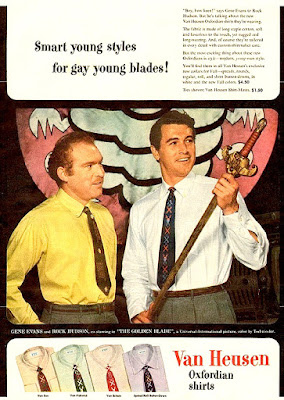 Cut it out
Naivety aside, one can't help but
look at this advertisement and
wonder how anybody took it
seriously. Does anybody look
good in a mustard colored shirt?
What grown man would be brave
enough to utter "Boy how keen"
to another gentleman holding a
lethal weapon? This poignant
plug is proof that most people
will do anything for some cash.
Now... if you want a real laugh,
watch The Golden Blade here.. 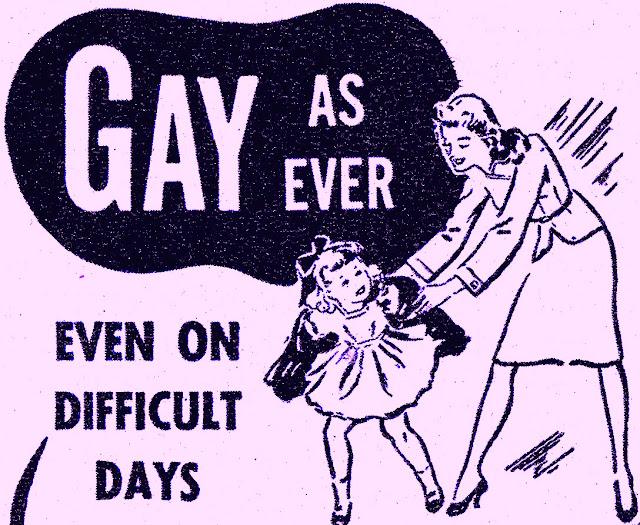