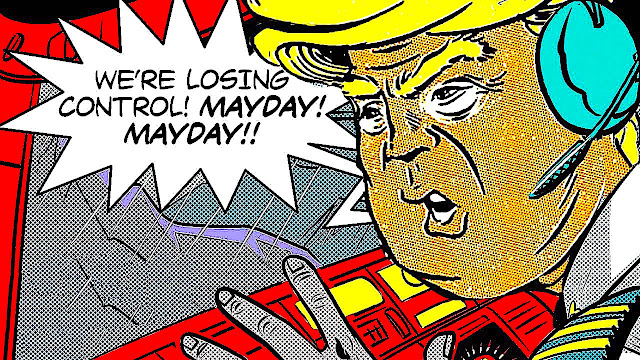 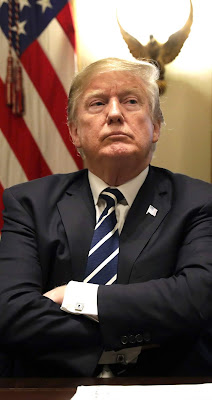 On the offense
It's no surprise that our President, his three
children, and business are in essence suing
the United States Congress. Not directly,
but rather the multiple parties who've been
subpoenaed to supply information related
to Congressional investigations. What do
they have to hide? Protests of "Presidential
harassment" aside, the powers that be are
doing their job. Cries that "sore losers" i.e.
Democrats are unfair is false at best. The
truth is that finally our elected leaders are
acting in a responsible manner by holding
our President accountable. Imagine that... 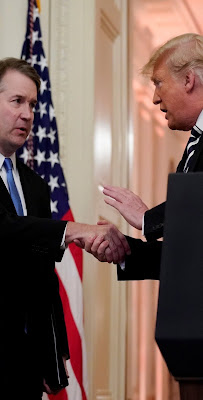 Back up plan
Need I remind you that the current behavior of
my blue buddies pales in comparison to the red
blood bath inflicted against President Obama?
Republicans IGNORED his last Supreme Court
nominees. While they held endless Ben Ghazi
and e-mail investigations. Hence if anything is
going on in Washington D.C. - it's a backlash
of karma. However some may claim otherwise.
As its also an attempt to follow the rules of the
law. An effort to return dignity to our republic.
Reaffirming that lies, cheating, deception, and
all peccadilloes are NOT presidential. Nor are
they business as usual. But criminal behavior. 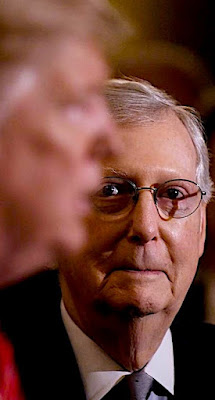 Silence of the lambs
Rumor has it that many on the red right are
equally uncomfortable with what's going on.
Unwilling nor unable to speak their truths.
Instead they passively support Mr. Trump's
aggressive assault against decency. In the
process violating each and every "value"
they stand for. Somehow forgetting that we
can't have it both ways. Instead that there is
a dramatic dichotomy between good and evil.
One which forces us to make a right or wrong
choice. Thus this writer hopes at some point
they will find their voices of reason. And tell
their President... NO. This has to stop NOW!

The truth be told
Fortunately some are speaking their peace like
Judge Andrew Napolitano, Fox News' Senior
Judicial Analyst. Post the release of the Mueller
report - said expert issued a damning assessment
of Mr. Trump's attempts at obstruction. Stating
that the report has detailed at least half-a-dozen
crimes of obstruction by President Trump. All
of which he considers "unlawful, defenseless,
and condemnable." Sadly Mr. Napolitano is a
voice in the wilderness given the rest of his Fox
associates spend all day vociferously supporting
Mr. Trump's lies and crimes against democracy.
Doing whatever they can to defer the inevitable. 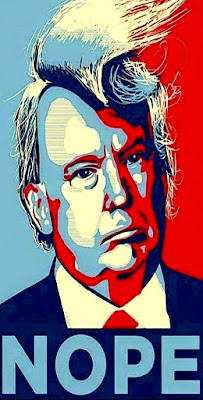 Exit strategy
Given that ultimately the truth always finds us
out, many wonder if Mr. Trump's time is up.
The final answer lies with the American public
themselves. Given the choice, will many once
again support an obviously flawed individual?
Is it possible that an electoral college majority
will once again compromise their credibility
by allowing a known liar to further violate our
democracy? Or hold themselves as accountable
and do what is necessary to right their wrongs.
Ultimately the future of America has nothing
to do with Mr. Trump. But instead has all to do
with WE THE PEOPLE. It's YOUR decision.
Posted by montanaroue at 4:00 AM