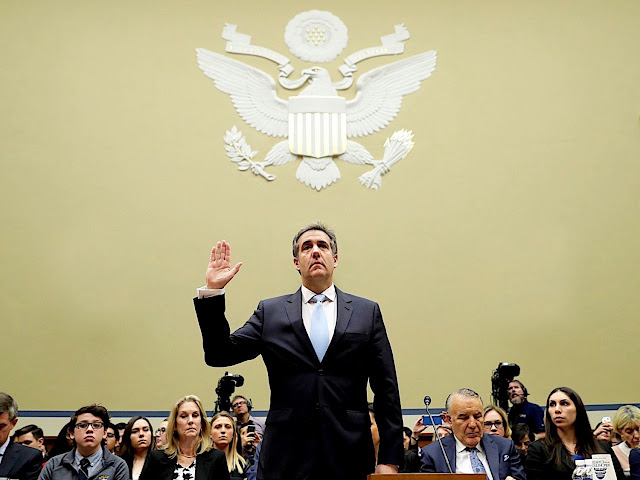 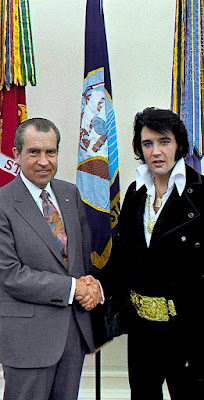 Shake, rattle, and roll
During times like these we all must pause and
reflect. As we endure our current political crisis
I recall my formative years during quite similar
times for these United States. John F. Kennedy,
Martin Luther King, and Robert Kennedy were
assassinated. The Civil Rights movement was
sweeping across the country. "Hippies"rebelled
against the Viet Nam war. Women fought for
both equal rights and control of their bodies.
LGBTQ Americans finally stood up against
oppression. Then Richard Nixon resigned as
a result of the Watergate break-in. These were
times of never ending change. Constant churn. 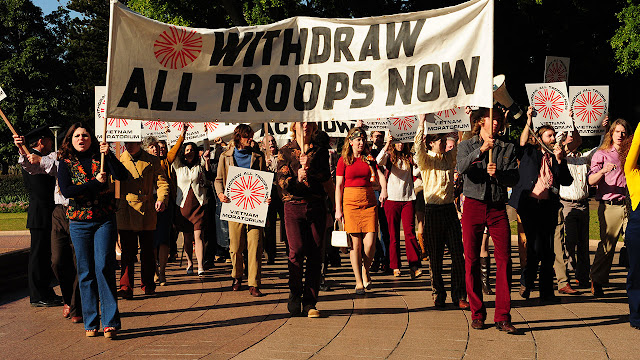 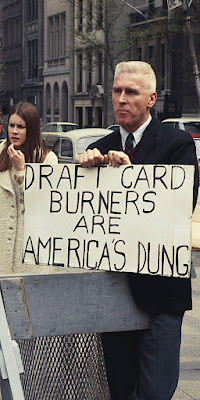 Signs of the times
My dear father struggled amidst said turmoil.
A devoted patriot, confirmed conservative,
and loyal Republican, he couldn't fathom all
that was going on. Everything he held near
and dear was  being questioned. Employees
at his bank wouldn't cut their hair. He had to
watch his beloved Harlem burn during riots.
Mourning the neighborhood boys who never
returned from Viet Nam. Never accepting that
his President was in fact a "crook." All while
his son considered the nightly dinner table to
be a forum to challenge the "establishment"
that he held so near and dear. 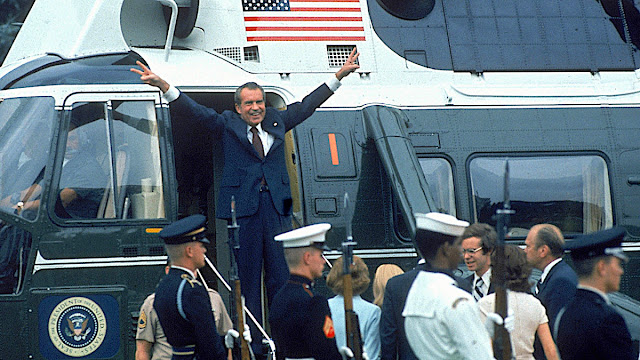 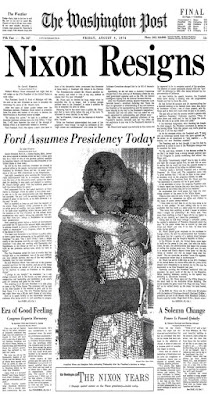 Deja vu
Somehow life goes on. Which explains why
I viewed Richard Nixon's resignation speech
seated in a lawn chair. Via a tiny portable TV
hanging out of a Men's Room window in a
campground in Tamworth, New Hampshire.
All of which seemed perfectly normal. Proof
that if nothing else during times of constant
turmoil one can easily become rather jaded.
All of which should have prepared me for our
current political quagmire. No wonder I was
not surprised by the revelations shared by Mr.
Trump's former lawyer Michael Cohen before
Congress. After all we've been there, done that. 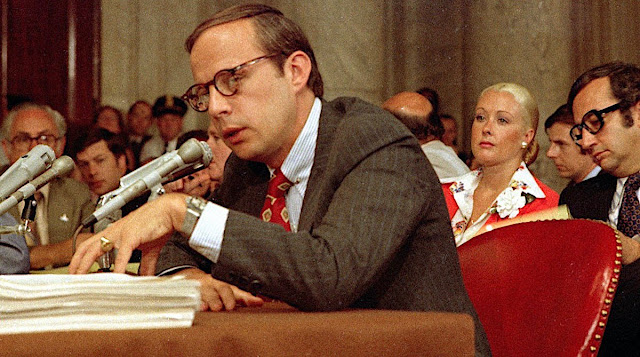 From bad to worse
Sadly good people do bad things. And obviously
bad people do even worse. Yet ultimately even
the worst of us can see the error of their ways.
Consider John Dean, White House Counsel for
Richard Nixon. Confronted by an ever growing
web of criminal acts and related deception he
was forced to make a choice. Ultimately opting
to tell the truth. However one doesn't know what
might have occurred sans external factors which
showed him the way to redemption. And which
drove the exit of a President who was guilty as
charged. Fortunately our democracy survived
said trauma. And will hopefully do so again... 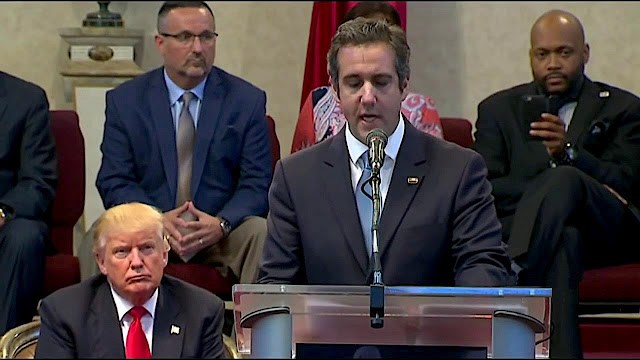 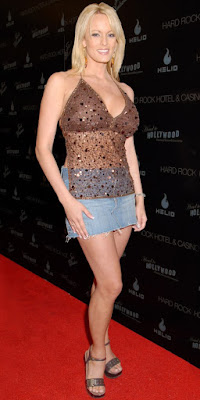 Following directions
It's certain that Michael Cohen is a disbarred
liar and thief. And that during his employment
by Donald Trump he did "bad" things. All of
which isn't shocking. However the very fact
that any one would possibly question if Mr.
Trump participated, blessed, and or directed
such actions is offensive at best. We each are
known by the company we keep. And actions
speak louder than words. Thus the reality that
Mr. Trump employed Mr. Cohen for at least
a decade proves he knew what he was doing.
And it wasn't good. So why shouldn't he be
equally culpable for the crimes he directed? 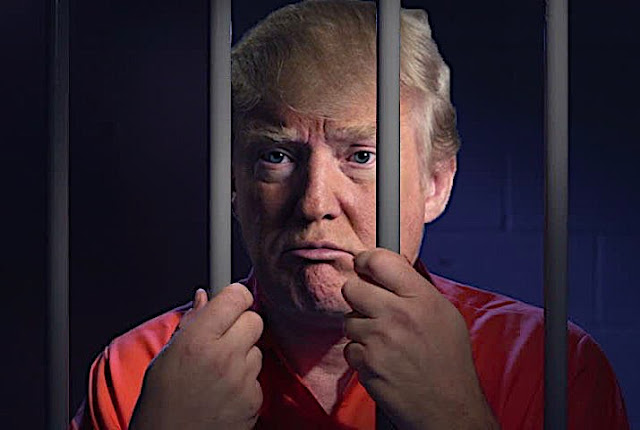 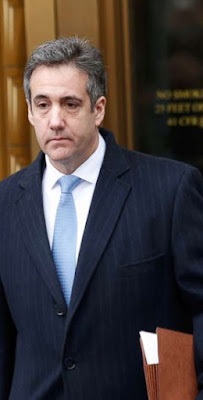 Partners in crime
Ultimately what goes around... comes around.
Hence Mr. Cohen will be in jail on May 6th.
Our collective challenge is what to do next.
Should we reject his revelations as the spew
of a known criminal with questionable morals?
Or do we embrace them as confession to prior
crimes now regretted. Whatever they are, we
can't look the other way. Nor can we ignore
his revelations related to Mr. Trump's crimes,
sins, and at best questionable allegiances. As
Americans we must punish all who violate
the sanctity of our democracy. Anything else
would not only be an injustice but criminal!
Posted by montanaroue at 4:00 AM