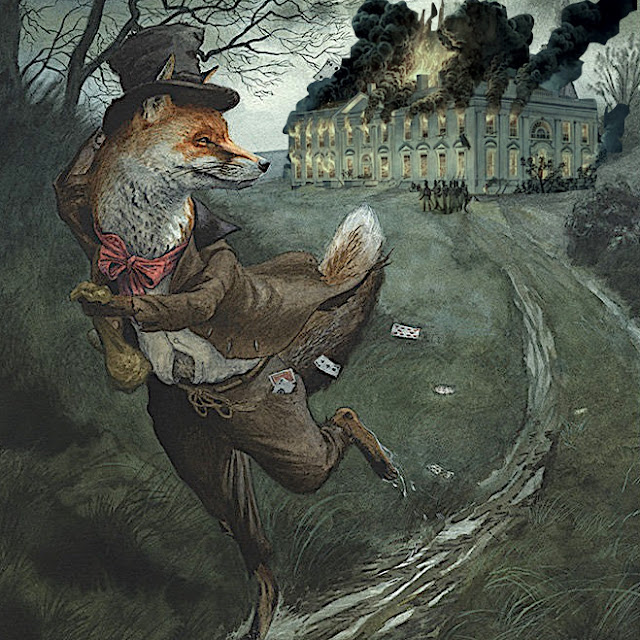 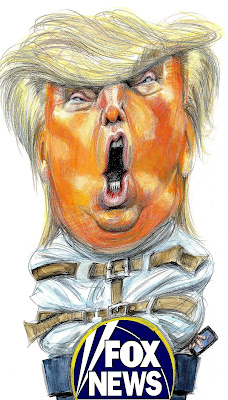 Animal instinct
Honestly, when will it end? Could it
be worse than when a President's key
advisor's hubby diagnoses her boss
mentally ill? As a Republican pundit
suggested, read Trump's fifty tweets
issued over this past weekend. Then
ask yourself whether you'd give him
four more years. While his delusions
make another gig implausible, some
think he is crazy. Like a fox. That in
fact all of this hoopla is strategically
planned. The plot of a mastermind to
distract us from the truth. Foxy huh? 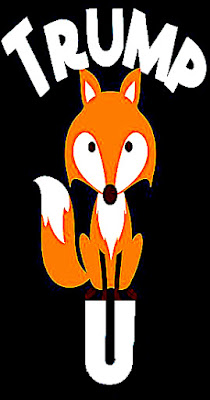 Down the fox hole
The idea that Mr. Trump is cunning enough
to shift our attention makes sense. From the
get go his success was fueled by rumor and
innuendo. However having personally dealt
with delusional types before, I find it highly
improbable that there is a method to said
madness. Rather they are simply the rants
of an egomaniac. Written temper tantrums
of a "genius" gone bad. A man now trapped,
terrified, and victimized due to anybody but
himself. And who rather than ask for help or
confess his sins, prefers to go on the attack.
A tactic that hurts us more than he himself. 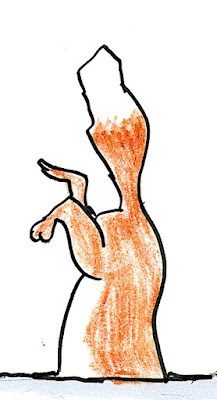 Tails of the shitty
Why slur a fallen hero? What's to gain but
the disdain of tried and true conservatives?
How can he suggest that another television
personality be brought back post spewing
prejudicial venom? Could that be driven
by his desire to not lose another of his more
vociferous fans? Can somebody explain
why within said streams of consciousness
he somehow forgot the massacre of fifty
people in New Zealand? Only to claim
that White Supremacy is solely the turf of
"a very few people." Is such foolishness
all that cunning? Or proof of INSANITY? 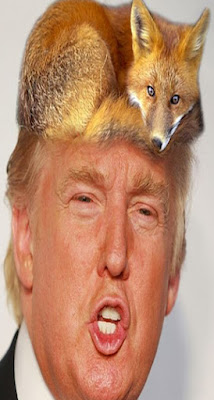 Out foxed
At some point all bad things come to an end.
Even the most fervent of conservatives must
be unnerved by Mr. Trumps shenanigans. Not
only is he an embarrassment. His inability to
act like the leader of the free world endangers
our democracy. Post reading his rabid stream
of venom one must come to one conclusion.
He has no conscience. No moral compass nor
ability to see things as they are. So much like
some rabid fox, the best thing is to trap the
crazed varmint and put him out of his misery.
Fortunately 2020 will be here before we know
it! The question is will America still be here...
Posted by montanaroue at 4:00 AM