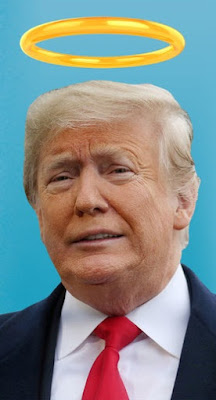 Deferred judgement
As often been said - "Assume makes an ASS
out of U and ME." Sadly many are more than
glad to jump from one conclusion to another.
Happy to have whatever just happened finally
end. Or to have some one else do the thinking
for us. Yet turnabout isn't always a pleasant
experience. Especially when the theoretical
outcome being thrown at you is questionable
at best. Thus while Mr. Trump vociferously
proclaims innocence, I can't help but wonder
what will happen next. You see, what goes
around comes around And ultimately truth
and nothing but the truth will find you out! 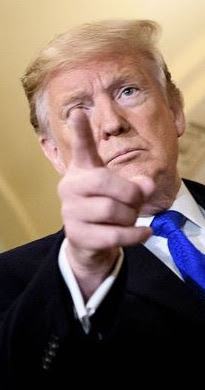 Evidentiary hearing
Just saying the above may make me sound like
a sore loser. After all the Justice Department
just "exonerated "Mr. Trump via a four page
recap of the three hundred page Mueller report.
Offering a tenuous premise for self righteous
Republican indignation. Lashing out at all of
those "evil" folks who were simply trying to
find out the truth. Demanding the resignation
of those who speak out against proven and
tried crimes against our democracy. Hence
while many try to deride Mr. Schiff, I think
him to be a hero. One brave enough to say
"shame on you" even if it falls on dead ears. 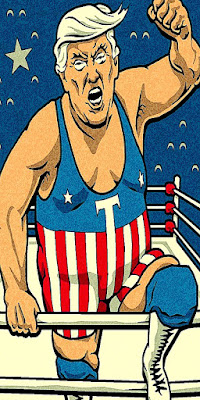 Anger management
Who knows what's going to happen next? More
important - only a very few actually know what
evil lurks within Mr. Mueller's report. So before
anybody pops the champagne, I suggest we wait
until we can see what this is really about. All of
the above aside, what bothers me is the nastiness
of it all. In my humble opinion there is never an
appropriate time for name-calling. Especially
when one holds the highest office in the land.
Hence even as Mr. Trump obviously assumes
"winner takes all" there is a strong chance that
he still may lose in the process. As in America's
collective respect and support. It's not over yet. 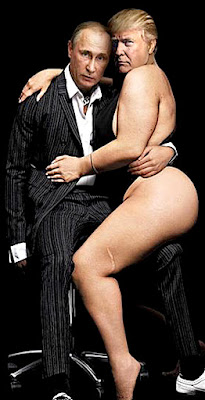 Why are we Russian?!
As previously suggested, it's best to defer our
judgement until we have all of the facts. Sans
the details,  It's hard  to reach a conclusion on
"collusion delusion." Therefore while I know
many are tempted to claim redemption - the
less said the better. Alternative facts aside, it
is what it is. Given Mr. Mueller's reputation,
it's fairly certain that Bob and team followed
the letter of the law within against a specific
assignment and context. Maybe you're right
and Mr. Trump has been wronged. But I don't
know. Chances are there is much more to this
story. So why not wait until the fat lady sings?
Posted by montanaroue at 4:00 AM