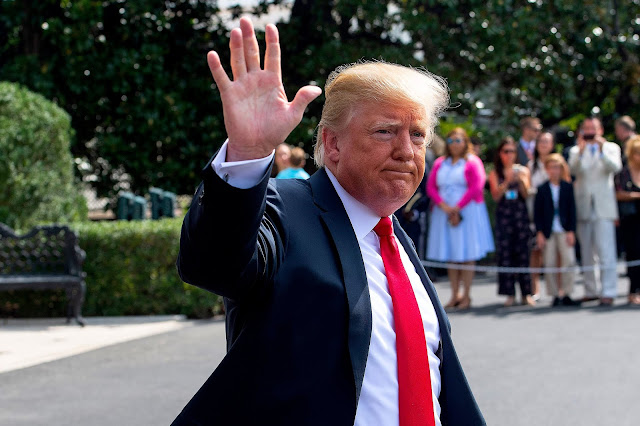 Agent orange
At times I marvel at just how political I've
become. Sifting through the first half of my
2,303 blog entries prior, you'll find I rarely
went there. Until late 2015 when Mr. Trump
first entered said fray. Thus one might assume
the man alone drives my dissent. In part you
would be correct. Yet I prefer to consider our
President as proof that some folks bring out
the worst in us. And in the process nurture
all that is good in others. Given most of us
learn the hard way, is it possible that some
day we'll consider Mr. Trump's presidency
to be the best thing that ever happened to us? 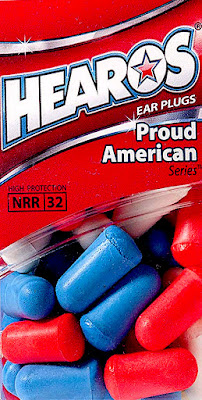 Sounds of silence
Sadly little that Donald Trump either says or
does surprises us. Like some virulent germ he
poisoned our public psyche. Causing many to
turn away from their core values in an failed
effort to maintain some semblance of power.
Against all odds - said army of right minded
zombies, all formerly rational Republicans -
continue to make excuses for him. To a point
that even when he slurs dead heroes such as
John McCain, they remain silent rather than
speak out. And it's that deafening silence -
their purposeful acquiescence, their inability
to confront evil that will be the death of them. 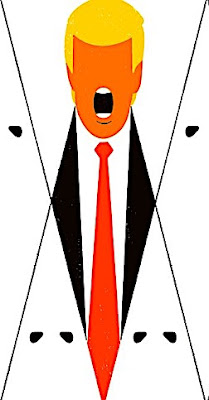 Nothing to worry about
Such purposeful denial shouldn't surprise any
of us. Throughout history many have said and
done nothing rather than fight for what is right.
Allowing evil to usurp good. Somehow fooling
themselves with delusional propaganda. No
wonder average, every day Germans who lived
adjacent to Nazi Concentration camps had the
audacity to claim they "knew nothing." Hence
while Mr. Trump's efforts to destroy democracy
have not gone that far - the truth still falls on
many deaf ears. Yet somehow the worse it gets,
the better our collective opportunity to change
things for the better. To make a big difference.

X marks the spot
Last week our House and then Senate voted to
reject Mr. Trump's false border "emergency."
Twenty five brave Americans transversed the
great divide to stand up against his power grab.
And while ultimately vetoed, their efforts were
not in vain. Rather they are indicative of a turn
in events. A not so subtle shift in politics. All
of which indicates that many Americans are
ready to do whatever it takes to insure that
HE doesn't happen again. Is the "right" ready
to fight HIS wrongs? Instead of reaching a
point of no return have they now found their
path to righteousness? Or is it just a detour? 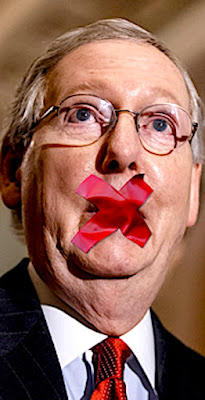 Silence of the lambs
Many are speaking out. Joe Biden suggests
"our silence is complacency." Standing aside
in shock, allowing wrong to usurp right isn't
acceptable. Slowly we're starting to realize
that things can't go on as they are. Which
explains the seismic shift in Congress post
recent mid-term elections. Americans want
what's best for this country. While we may
disagree about the details, the majority of
us want liberty and justice for all. Thus it
seems the tide is rising against Mr. Trump's
national disaster. Could it be that his tsunami
of hate and dissension is quickly subsiding?! 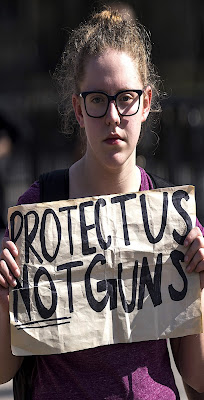 Bully pulpit
And that in said process, many of us are rising
above our sad circumstances. The other day I
watched a Jeb Bush interview which greatly
encouraged me. Did you hear that? Jeb Bush
inspired this most jaded of leftists. He called
for all Republicans to face their Trump reality
and do something about it. Asked if his parent's
death was the end of their kindler and gentler
generation, he offered hope. Stating that young
people in America are already stepping up to
drive change. Given their views on food, the
environment, healthcare, and education - the
best is yet to come. They're ready to step up. 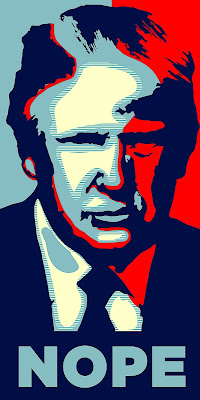 Out of the mouth of babes
Is Jeb right? Could it be that our offspring are
becoming our saviors? Parental errors aside,
if nothing else we gave them a distorted sense
of self-confidence. Beyond empowered, I'm
confident that they truly think they can make
a difference. And given the majority of them
live in a multi-cultural, diverse, and accepting
i.e. "kinder and gentler" world, it's probable
that they're over Donald Trump's foolishness.
Hopefully they're ready to step up and take
over. After all it's their future that's at risk.
Could it be Mr. Trump's presidency might
make America great again? After he's gone!
Posted by montanaroue at 4:00 AM