OUT OF MY LEAGUE 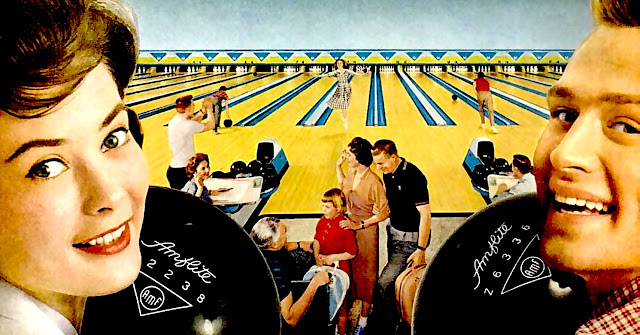 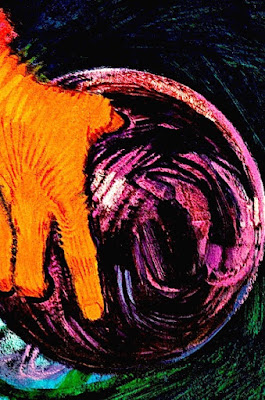 On the ball
Believe it or not I'm a fairly decent
bowler. As a divorced father of four -
I spent quite a few rainy Saturdays
in bowling alleys. After all of my kids
were grown, I found that bowling was
no longer a necessary skill to practice.
Well... until the other evening when
I struck out with one of my offspring
once again. Amazingly after ten years
of not playng, I did much better than
anybody (especially me) expected.
Most important it was fun to watch
my granddaughter "M" on a total roll. 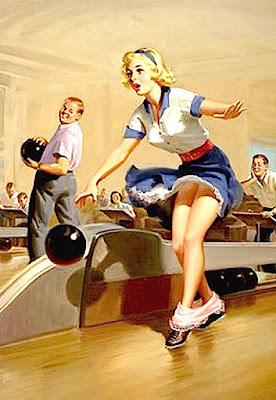 Rites of passage
Bowlers are rather like avid cult or
lodge members. Rather than a secret
handshake, they perfect individual
moves that prove they know what
they're doing. Instead of donning an
odd fellows gown or hat, they travel
with all sorts of exotic accoutrements
including magical powdery substances
that somehow enhance their prowess.
Most important - they have a secret
language that if nothing else sounds
rather retro and oddly alluring. And
did I mention those fancy shoes? 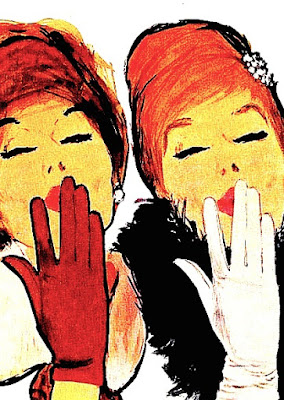 Out of fashion
I've never belonged to any fraternal
organization. However working in
the fashion business is similar to
throwing random balls down a lane.
Sometimes one scores. Other times
one misses entirely. Fashionistas
have their own set of rules which
by and large are secret. They can
immediately spot a real versus faux
Birkin. And little strikes one harder
than their razor sharp sense of style.
If you're not in you're out. Just like
last year's hot shoe - you're dead. 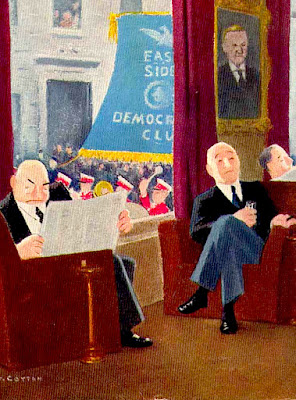 Members only
Most cliques, societies, or groups
maintain subcultures that exclude
all but a limited few. Rules define
rites of passage which bar entry to
most. Some feel that's more than
wrong. However I think nothing
could be more democratic. If a
bunch of stuffy old men want to
go stag - so be it. And if some
feel whiter wearing sheets, who
cares? As long as nobody is hurt
it's no one's business what happens
behind private club closed doors! 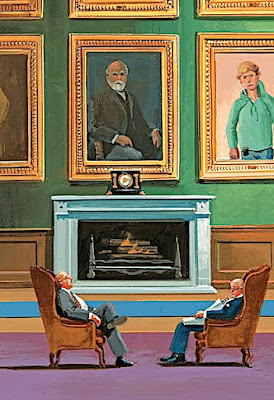 Dues process
Most want what they cannot have.
Hence some try to buck systematic
segregation. Even when one wins
access it's hard to feel welcome in
obviously hostile territory. So why
insist on admission into a private
organization that purposefully and
aggressively excludes others just
like you? I'm all for trailblazing.
Yet proving one's point shouldn't
require paying monthly dues for
the privilege of being ostracized
on the golf course or reading room. 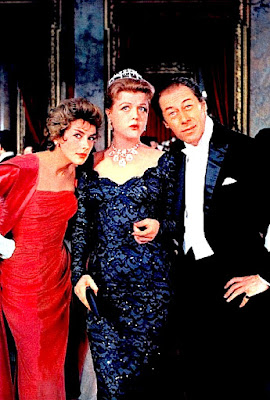 Ain't necessarily so
At some point we all accept the fact
that some people are never going to
like us. My reaction is to deny their
existence. Whether said response is
spurred by defense, survival, or my
jaded perspective doesn't matter.
They don't want me hence I don't
want them. Dual denial motivates
most to move along and join up with
others of a similar ilk. You see few
of us find little allure in exclusionary
tactics. Rather than hang with creeps
we gather our forces with like peeps!

Insider trading
When I entered the gay fray - bars
and clubs were among the few places
where queers could be queers. Once
within said enclave our camaraderie
required a secret code that only we
homos knew. Post exiting our closet
(and you watching many episodes
of Will & Grace) America cracked
our code. Now we can be "out" 24/7.
Hence many gay bars are closing
which in theory is for good reason.
However this homosexual will more
than miss that old gang of mine. 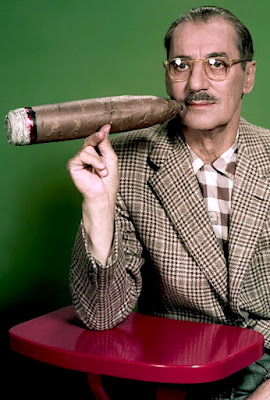 Last rights
There is a homogeneous component
to acceptance and equality. While I
wouldn't have it any other way, I do
miss feeling special, unique, apart
from  the rest. Said sense is oddly
akin to the sensation that snobbery
and similar realms of institutional
disdain create. Hence I miss being
an isolated minority. Groucho was
right - "I don't want to belong to a
club that accepts people like me as
members." Be careful what you
wish for. In America it comes true!
Posted by montanaroue at 4:00 AM