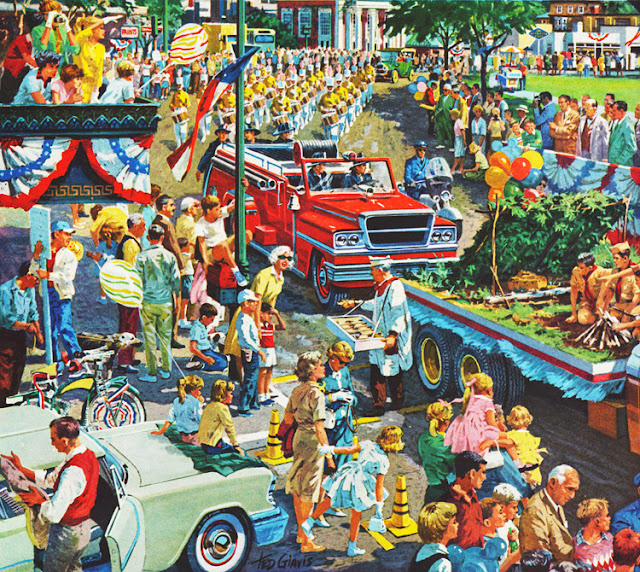 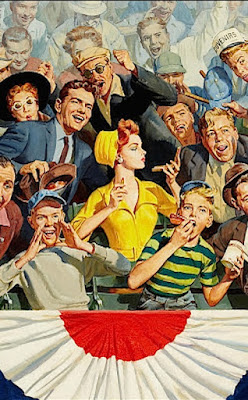 Life in the fast lane
Last weekend one of the highlights
of our local patriotic festivities was
Saturday's parade. Frankly, some
think our seasonal strut down Main
Street is rather pedestrian. However
downtown was filled with folks who
seemed to enjoy the sights. Given it
was close to one hundred in the sun,
the crowd stayed on the shady side
of the street. While parade floats were
few, the American Legion sold root
beer floats for three dollars. Offering
a very sweet way to keep cool! 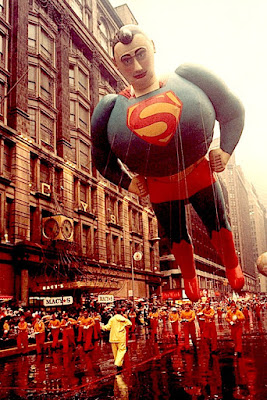 Turkey trot
There's something about a small town
parade that recalls childhood memories.
As a boy we rarely made the trek down
Broadway to see Macy's Thanksgiving
Day Parade. It usually was too cold or
rainy to merit exposing oneself to the
elements. However for most of my life,
the scent of a roasting turkey combined
with the TV tuned into Herald Square
has been something to be thankful for.
I guess there's nothing more American
than viewing a bunch of damp, inflated
heroes floating above memory lane! 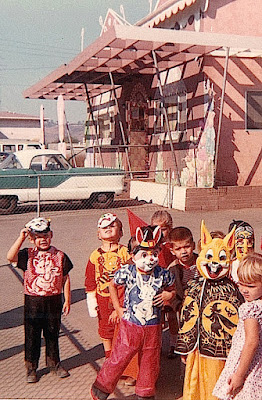 Masked ambition
One of my favorite childhood events
was the annual school yard Halloween
parade. For weeks in advance Mother
and I planned my ensemble. My most
favorite year was when I dressed up
as a gay nineties dandy. I wore a clip
on handlebar mustache, bowler hat,
and red striped vest as I twirled my
bamboo cane. It's a miracle I didn't
put some body's eye out while making
my rounds about the macadam. As I
look back now it's easy to connect my
life's dots. Gay... dandy... parade... 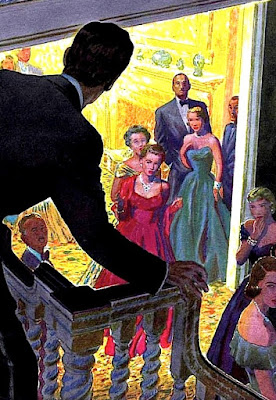 Going down?
Looking down from above requires
that one occasionally descend life's
stairway to paradise. What better
way to make a grand entrance? All
of a sudden all eyes are upon you
and it's as if no one else matters but
you! However be careful. Post a
New Years misstep dans l'escalier,
I flew through the air with the not
so greatest of ease before a group
of astonished friends. Only to land
face first on the not so forgiving rug
below. Talk about getting burned! 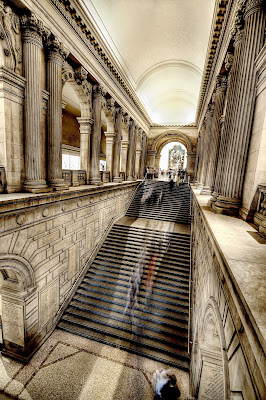 Above all else
Beyond parading down a piano nobile,
there is little as as noble as ascending
a massive stone staircase. I still feel
proud to see my great grandparent's
names chiseled into the walls of the
Metropolitan Museum of Art's mode
of transportation. Even today gifting
said institution massive amounts of
cash seems to help those climbing up
life's social ladder. Rising above one's
peers sans genetics is a bit challenging
yet some seem perfectly able to reach
the top of the heap. Check please? 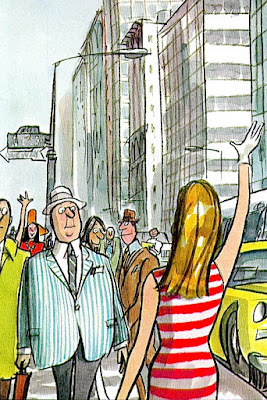 Walk on by
Speaking of Manhattan, one of the
things I miss most about urban life
is people watching. Specifically all
along the sidewalks of said city.
Few places afford an opportunity
to view all types of people. From
Park Avenue grande dames to
commuters running to catch their
train to street people. Little is as
democratic given anyone look and
learn from fashion's reality runway.
As Bill Cunningham's photos prove,
at times competition can be fierce! 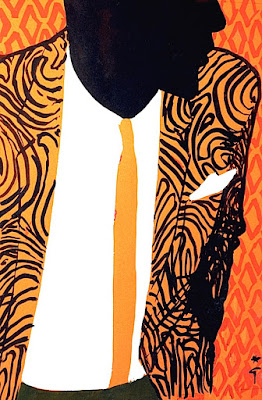 To top it off
Here in Lewistown there is rarely an
opportunity to parade about in one's
fancy togs. I'll admit that at times I
look rather the clown dashing about
in my skimpily plaid Thom Browne
blazer. Part of me feels it's my duty
to sport a bit of civilization for the
locals. However to be honest, said
jacket covers up a multitude of sins.
Hence even if I'm the only gent in
the room dressed to the nines, it's all
just a distraction from my lumps and
bumps. And so... time marches on!
Posted by montanaroue at 4:00 AM