Keep your opinions to yourself 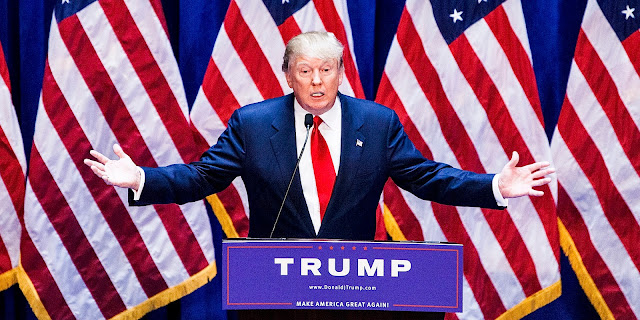 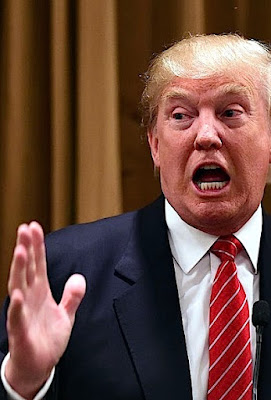 Believe it or not
By now I'm sure you've read or heard
about Donald Trump's latest slur. As
he was campaigning in Iowa The Don
stated that John McCain was "not a
war hero." Said statement was not the
first shocking quote to flow out of the
king of the comb over. And while I'm
not surprised, I'm frankly embarrassed
that for some reason he's continues to
be the top Republican contender per
the polls. Honestly, have we sunk that
low? Whatever happened to decorum,
demeanor, decency, and democracy? 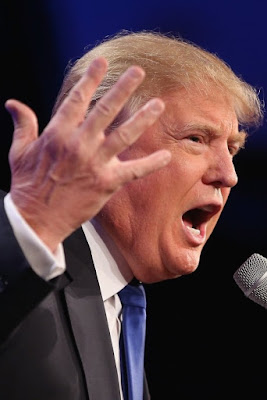 Bait and switch
Some smart pundit long ago stated
"the fish rots from the head down."
One would hope that cooler heads
might prevail and help us to avoid
a big stink. However if Mr. Trump
is indication of the caliber of our
next national leader, this campaign
is going to be if nothing else a real
stinker. And given I've already lost
my patience, it's going to take one
helluva contender to rise above the
morass, get my attention, and hook
my vote. I'm not taking the bait... 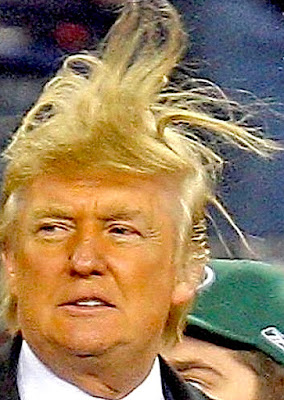 The wild one
When did it become appropriate for
any presidential candidate to spew
whatever whenever? I'm the first to
speak my mind however even this
roue' knows there's a right time and
place for everything. Given nothing,
I repeat nothing seems to escape
the media's attention - there's been
no better time to watch your step...
and your mouth. Yet many of my
fellow Americans applaud Donald's
errant yet arrogant audacity while
he claims to be "just like you." 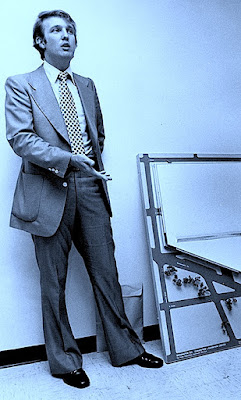 Heir apparent?
Donald Trump is anything but ordinary.
The child of super wealthy parents he's
pretty much done whatever he's wanted
all of his life. Including deftly dodging
the draft via educational get out of war
waivers while studying at the University
of Pennsylvania's Wharton School. All
while John McCain was being tortured
in a Vietnamese prison. In the end Mr.
Trump graduated with a net worth of
$200,000 ($4 Million in today's cash.)
So who gave him permission to accuse
a prisoner of war of not being a hero?! 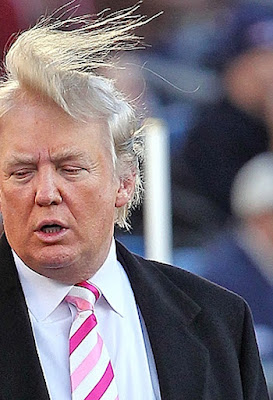 Our hero?
The fact is we did. By simply listening
to such fools we validate them. Hence
the more outlandish their behavior, the
more affirming our attention becomes.
Obviously if you like what The Donald
is saying - you can fund his campaign
and hopefully vote for him. But what
about the rest of those who consider
said "gentleman" more than offensive?
In theory ignoring him should deflate
his over inflated political balloon. Yet
is that even possible in today's media
mad world? Can anybody say "no"?! Process of elimination
One simply can't escape the man. The
worse he gets - the broader his media
circus reaches beyond it's traditional
sphere of influence. Meanwhile who
gets hurt in the political process? My
opinion is that nobody truly suffers.
I still believe in the strength, validity,
and sanctity of the American way. In
the end the wheat gets separated from
the chaff. Some argue that the lowest
common denominators rise to the top.
However ultimately it's a popularity
contest where the majority rules! 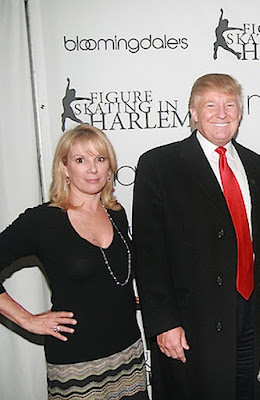 Over and out
Obviously I have strong opinions about
the upcoming Presidential elections. For
now I plan to do my best to ignore most
of the histrionics. Frankly men like Mr.
Trump are not worth my time or energy.
Therefore like the Huffington Post I will
consider Mr. Trump's candidacy no more
than entertainment. The only hypocrisy
and prejudice that I find entertaining is
on The Real Housewives Of New York.
Given that alone is more than amusing,
I'm flipping my switch to "off". As far
as I'm concerned, you're fired Donald!
Posted by montanaroue at 4:00 AM