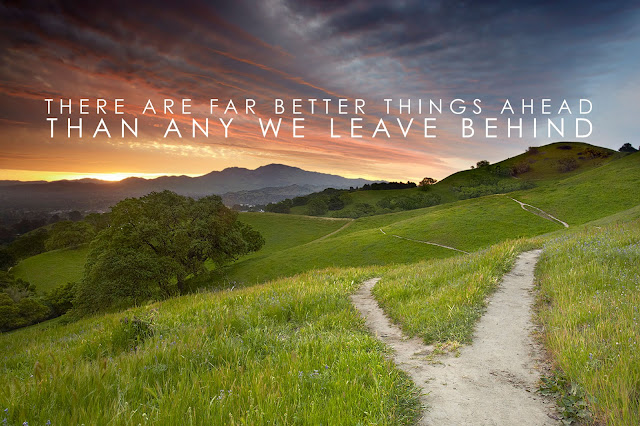 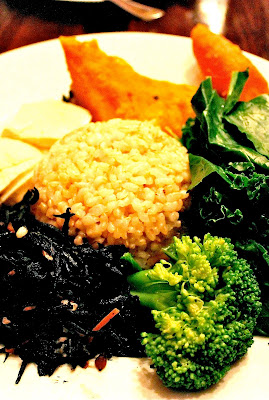 Alternative routes
Even after twenty years together Frank
can still surprise me. When we met he
was a macro biotic pseudo vegetarian
health food junkie. Which meant that
I either embraced said culinary foibles
or moved on. Over the years we've both
evolved and along the way we exposed
the other to new ways of eating. Reared
in a typical WASP household, food was
anything but adventurous. Thus beyond
Italian I was a culinary novice at best.
With Frank's help I've since discovered
sushi, tofu, and so much more! 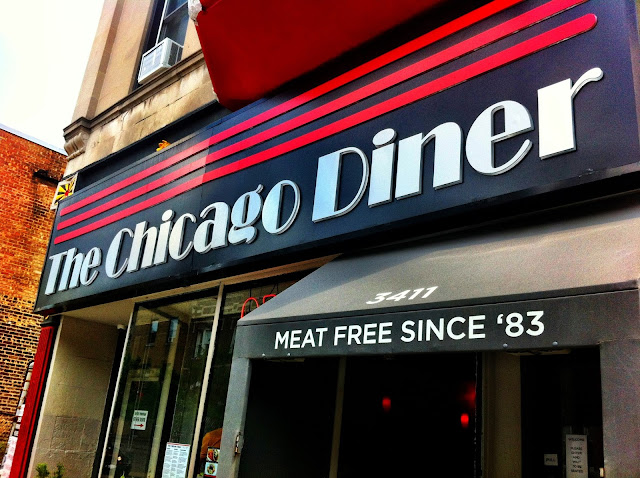 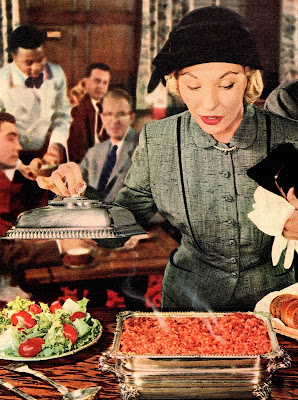 Try it... you'll like it
Why do we eat the things we eat?
Many are rather "picky" therefore
they purposefully limit all options.
If I've learned anything from my
better half it is that one must try
something, everything, anything at
least once. The fact is one doesn't
know what they're missing unless
you've given it a trial run. Through
the years we've eaten just about
everything and frankly loved the
majority of it. Life is too short to
push yourself away from the table. 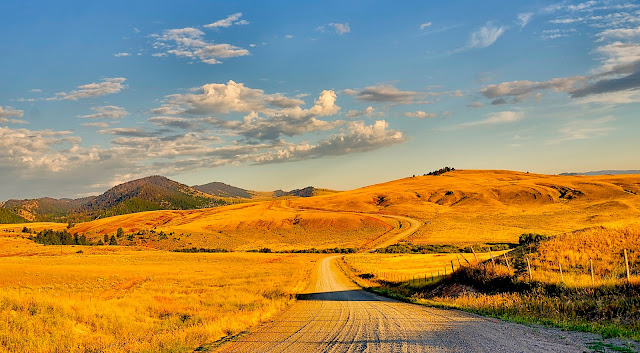 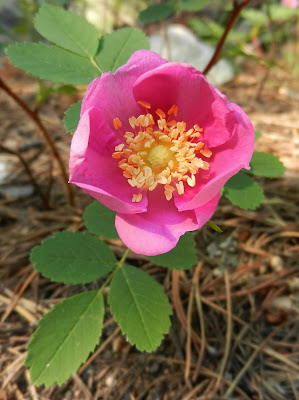 Roadside assistance
All sorts of magical things are out
there waiting to be discovered. At
times we hop into the jeep and hit
the dirt. Lewistown is surrounded
by mile upon mile of roads less
traveled. Beyond the breathtaking
vistas one also sees the unexpected.
If you drive slowly suddenly it's all
not a blur. That's when you find an
endless line of wild roses blooming
in the gravel along the roadside.
It's times like that when one finally
stops and literally smells the roses. 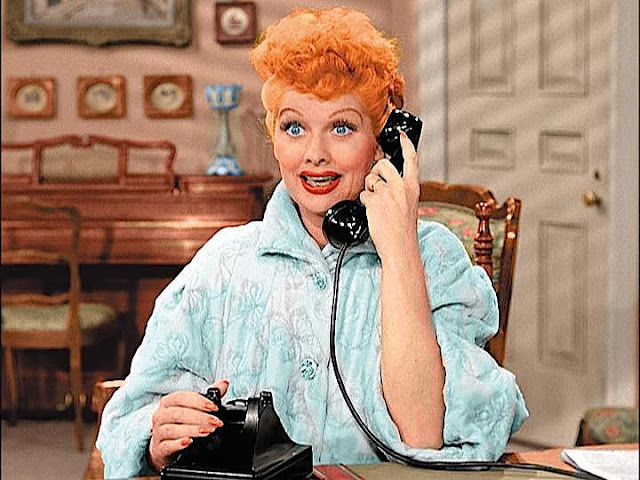 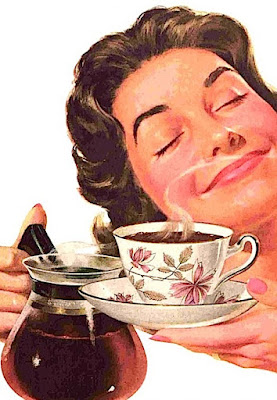 Wake up calls
Often it's the little things that make
our lives less banal. I'm constantly
surprised by what I don't know. And
equally amazed at what I've yet to
learn. Some mornings that same pot
of coffee that I brew daily suddenly
tastes extraordinary. Recently the
phone rang and it was a long lost
friend calling because she thought
of me. Our live's simplest pleasures
remind us of just how lucky we are.
And that said bliss is capricious at
best. Hence we must savor it all. 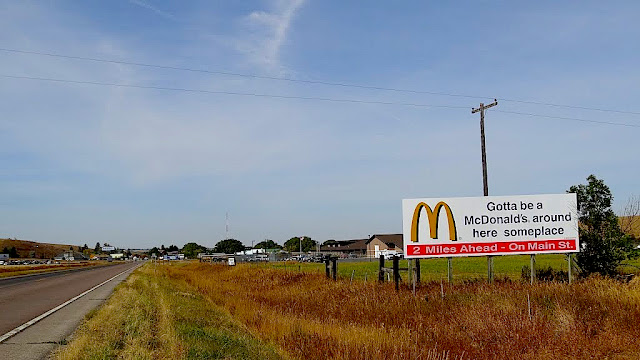 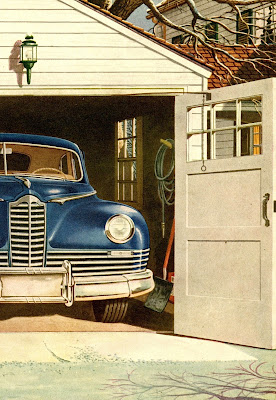 Occasional detour
One of my secret vices is junk food.
Yet rarely do I indulge. Here in town
there is an endless line at McDonald's
drive thru window. Many's the time
that Frank comments about said queue
bemoaning how unhealthy Americans
are. "No wonder they're fat!" However
once in awhile when he's not looking...
I sneak over for the occasional binge
burger. One day I was devouring one
seated in my car in the dark inside our
closed garage. Suddenly Frank opened
the door and I was totally BUSTED! 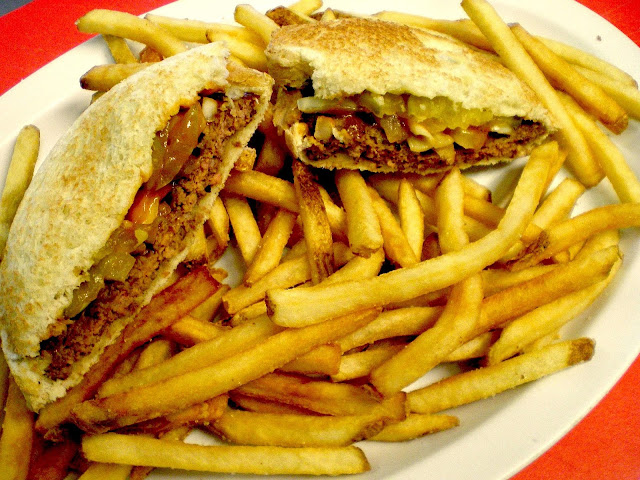 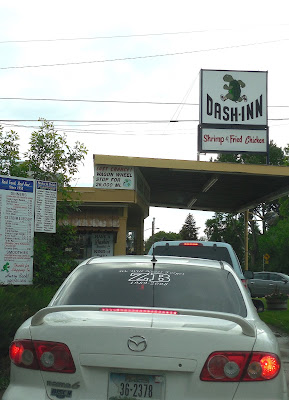 Two for the road
Sunday as we drove back into town,
Frank said "Let's get dinner from the
Dash Inn!" This local institution is
a privately owned fast food paradise.
Yet after visiting/living here since
1995 - I'd never driven through nor
eaten one of their famous "Wagon
Wheels." This local phenomena is
a burger smothered with everything
pressed between two slices of white
bread. And so this past weekend, we
took our first journey to paradise...
TOGETHER! I'm still in after glow! 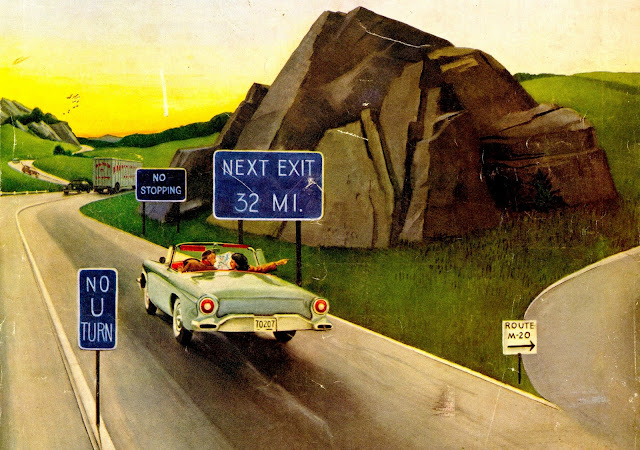 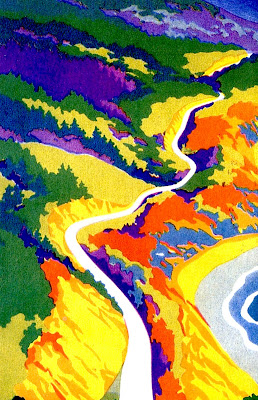 Getting there is half the fun
The more one gets older, the more
we learn that getting from here to
there is the best part of any journey.
When was the last time that you did
something unexpected? Rather than
take the rote route - flip a coin and
go in the opposite direction. You're
bound to see something new. Often
a detour from convention makes us
appreciate the tried and true even
more. If you don't taste all that life
has to offer, you're sure to miss
something extra special. Go for it!