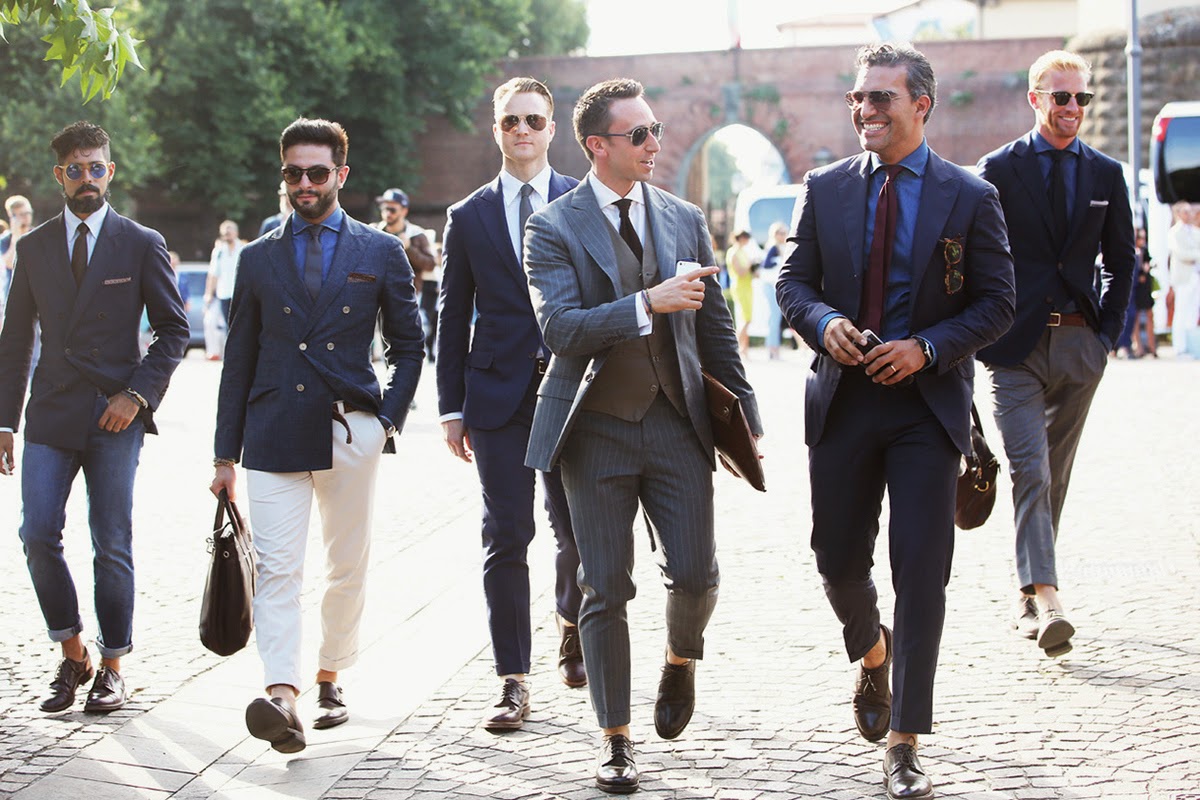 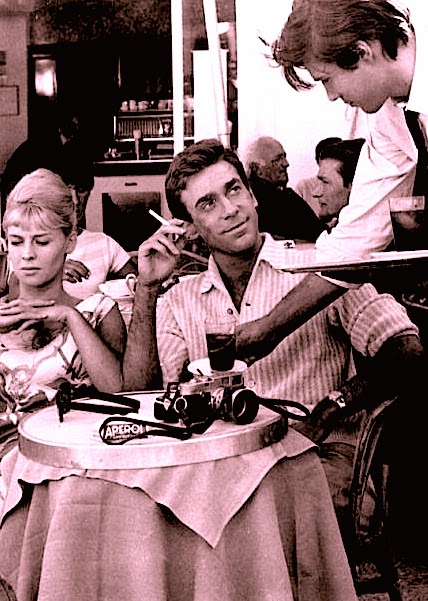 Viva Roma
After spending several days seeing
the sights here in Rome some are
beyond amazing. The Pantheon
was built before Christ's birth and
post remodeling has been open to
the public since 126 AD. Not only
an architectural marvel, it's still a
place of worship. Everywhere one
goes you're surrounded by beauty.
So much so that Frank commented
the other day that "every place you
look resembles a movie set." But
that's not what I'm looking at... 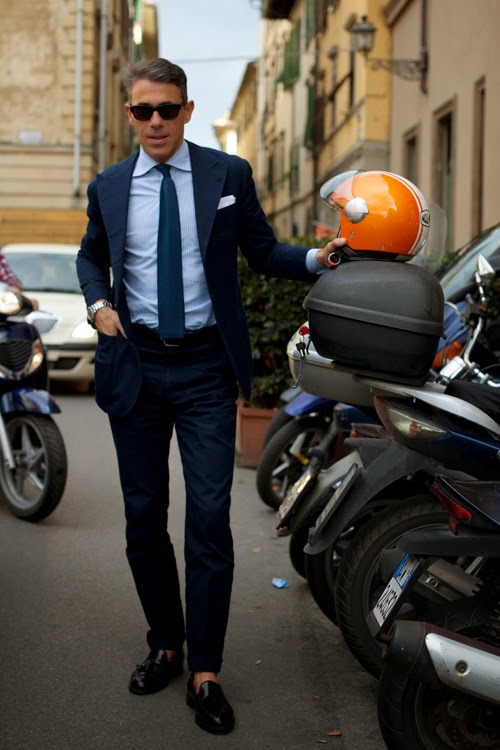 Local color
Architecture aside, I must admit that
I'm equally in awe of the local male
population. Some (not all) are not
only elegantly attired, they're damned
handsome! Whether thin or with a bit
of girth, many men saunter about this
city with a confidence one rarely sees
elsewhere. While they certainly have
more than their share of machismo,
most seem more than comfortable in
their own skins. Hence tight tailoring
and even tighter jeans are the uniform
of choice. plus a pair of great shoes! 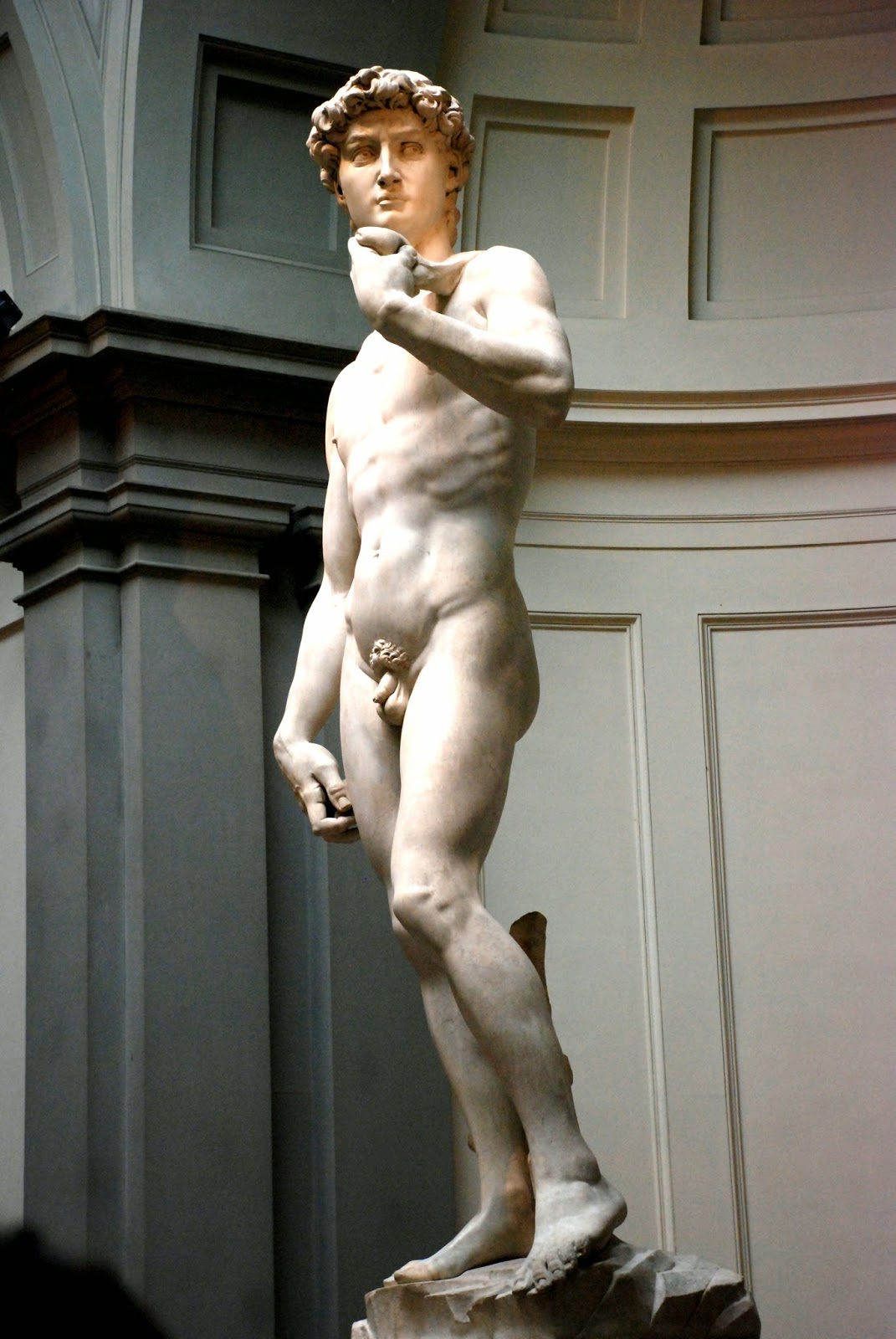 Wet dreams
It seems that I'm not alone in my
predilection for Adam's offspring.
Who doesn't love an Italian stallion?
Just taking a look at Michelangelo's
David proves that. I'm certain you'll
agree that there's little as bello as an
uomo Italiano. Not only are they all
naturally sexy, they're supernaturally
empathetic. Every one of them may
be a man's man but honey, they'll
melt like Jello if or when given a
reason. What could be more manly
than a big blubbering man puddle? 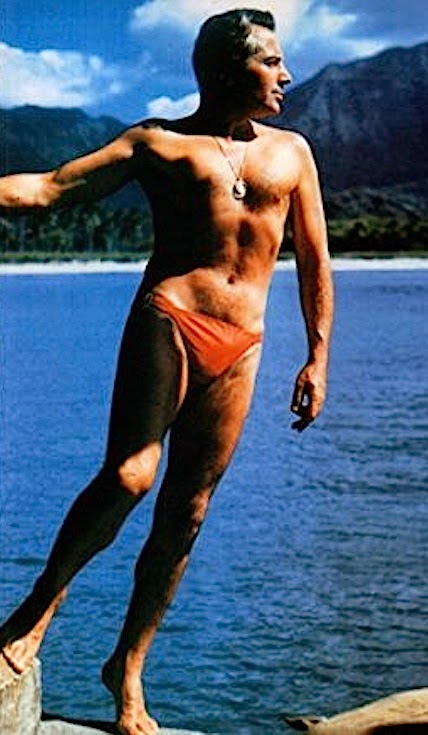 Reality shows
Al Capone included, Italian men are highly
emotional beings. While some channel their
energy by posturing most are metrosexuals,
straight men in gay clothing. Therefore who
could be better to marry than a man who can
also be a woman's best friend? Handsome
Rossano Brassi was passionately in love
with his rather corpulent, older wife. True
soul mates, he never cheated on her even
as he starred opposite the most beautiful
women of his generation. He remained
true to the woman he loved. What could
be more sexy? Talk about a real man... 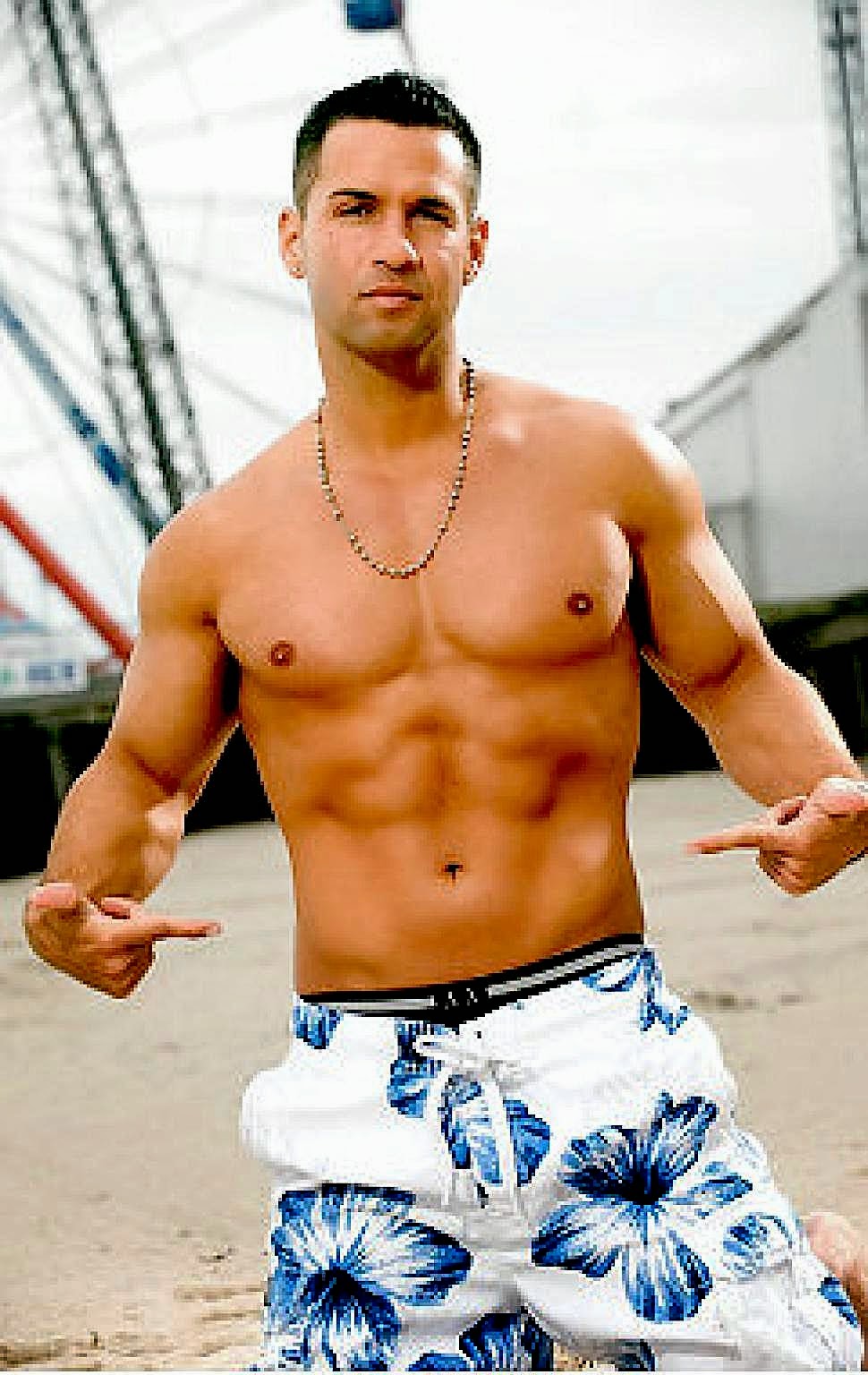 Goodfellas
Growing up surrounded by Italians,
their natural bravado dazzled a wan
WASP like me. Not always polished,
their deese, doze, and dems seemed
sexy. That explains why ripped boys
from Seaside Heights or short hubbys
of housewives from Franklin Lakes
drive some wild. I prefer those who
hail from the north. While impeccable
tailoring certainly appeals, what lurks
beneath is what matters. Smart, candid,
confident and pasionate men are in my
opinion - TOTALMENTE SEXY! 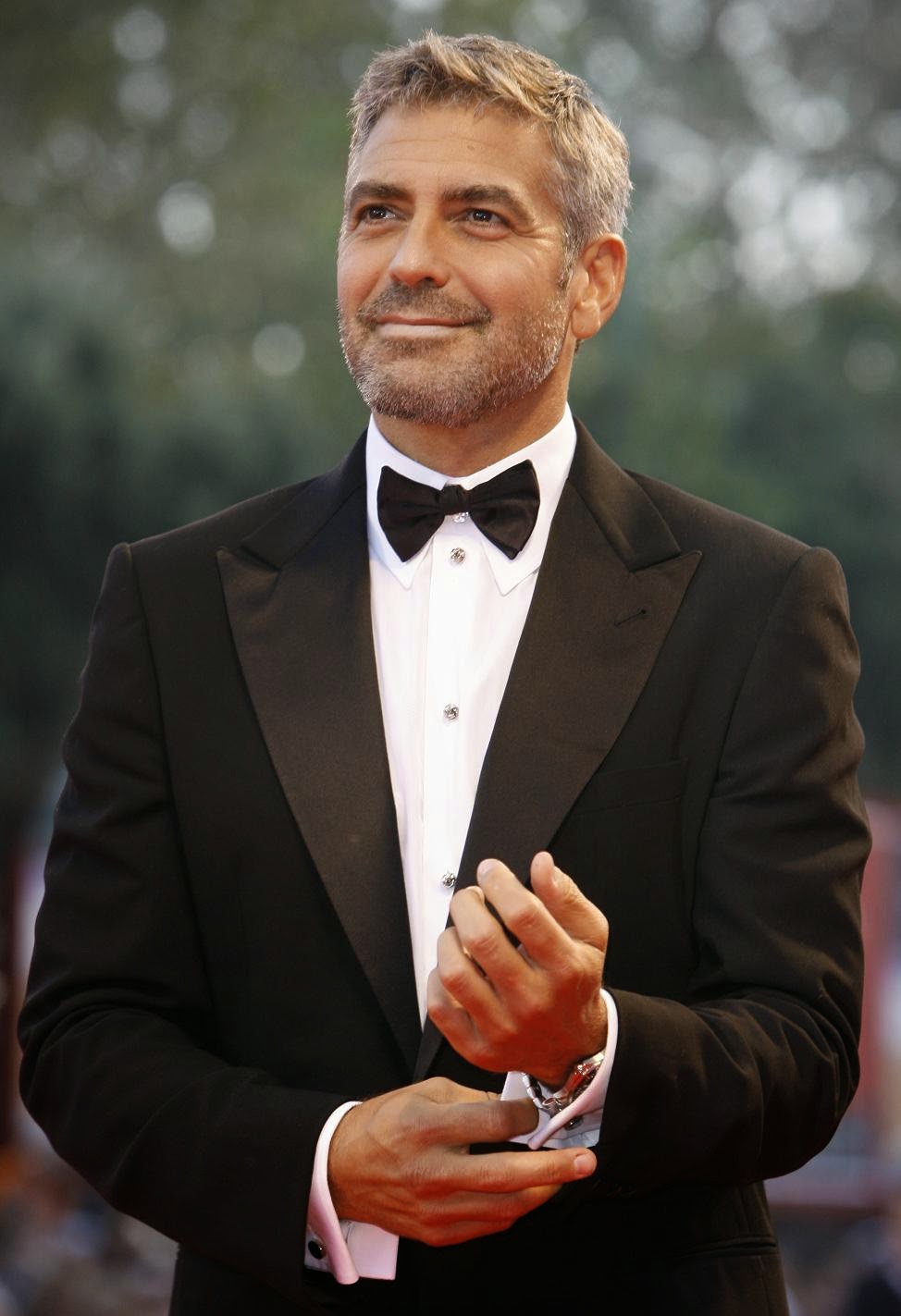 Cary on...
Ok - I admit it. I adore Italian MEN.
Particularity one. They say that if your
Mother is Italian, you're Italian. Hence
my better half's better half comes via
his Mom. Here in the Eternal City the
locals always speak to Frank in Italian.
Everything I ever dream of and more,
my Montanan Cary Grant reminds me
of another suave bolla who recently
married in Venice. While not actually
Italian, George Clooney epitomizes
the typical Italian. Estremamente
elegant, emotional, and... ELUSIVE!
Posted by montanaroue at 4:00 AM