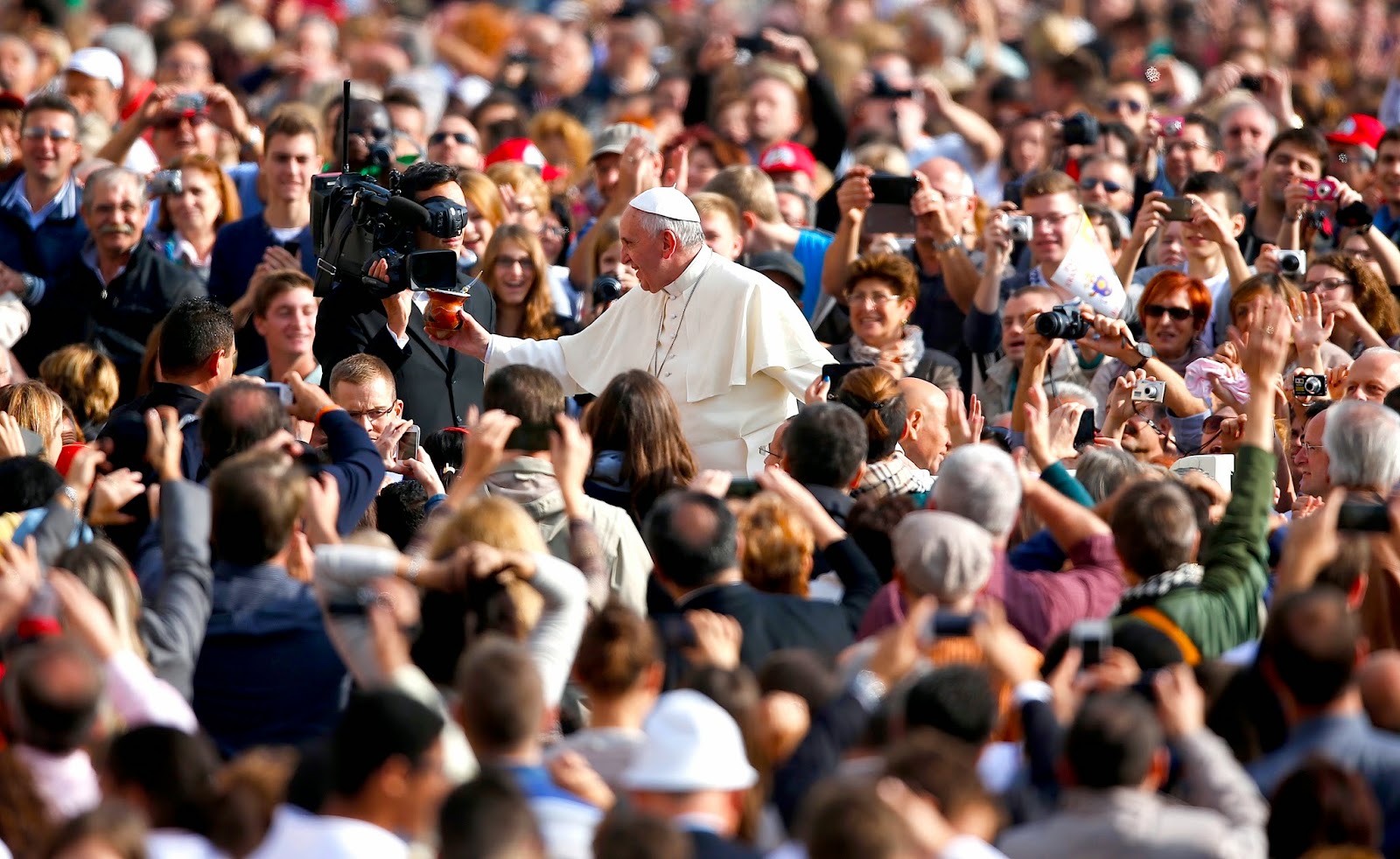 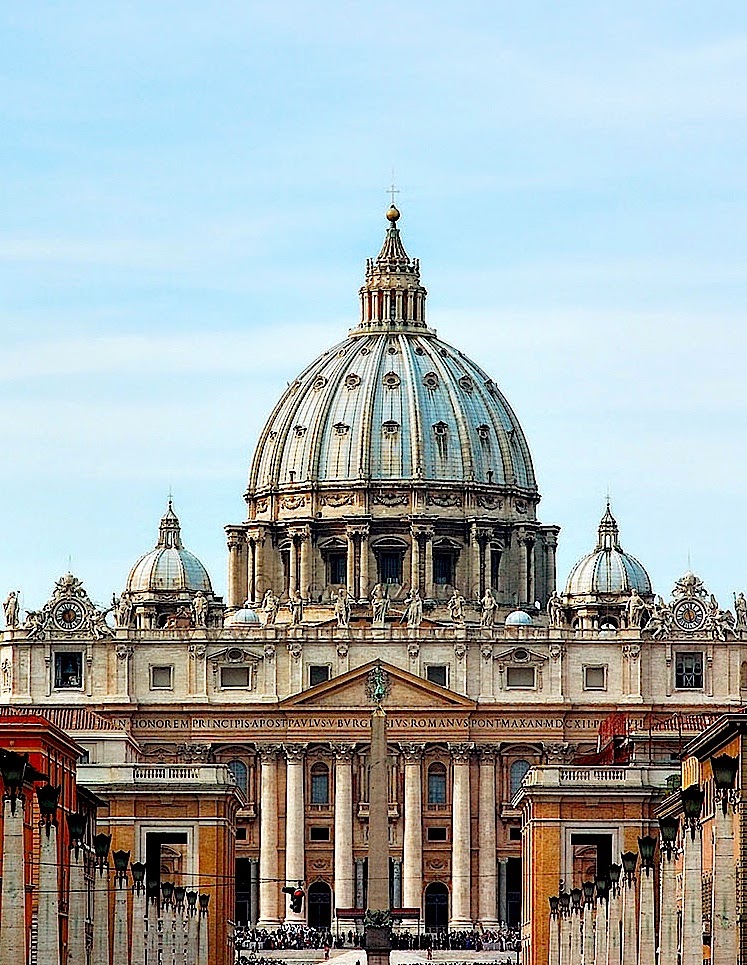 God calling
Well... we did. Given everything that has happened at Saint Leo's parish in Lewistown, the last place we should have visited was the Vatican. However given Pope Francis is making history we attended his audience on Saint Peter's Square last Wednesday. Much like my first time eighteen years ago, standing in that mass of common believers was extremely moving. And his message of unity was even more inspiring.

Brothers and Sisters:
"In our catechesis on the Church, we consider
our fellow Christians who belong to other
confessions or traditions. Division between
Christ's followers are clearly contrary to his
will, as expressed in his prayer to the father
that all might be one, so that the world might
believe. Christ desires us to be united in his
love and in communion with one another; yet
throughout history the Church has experienced
temptations against this unity, leading to tragic
divisions We must not be resigned to these
divisions, but join our prayer to that of Jesus
in impairing among all his followers constant
openness to dialogue and appreciation of the
gifts of others. In loving the Lord and sharing
the riches of his love, we will better see what
unites us rather than what separates us. By
dwelling in the truth, practicing forgiveness
and charity, we will be ever more conformed
to Christ's will, reconciled with one another,
and led closer to the goal of full unity which
he wills for all his disciples." Pope Francis 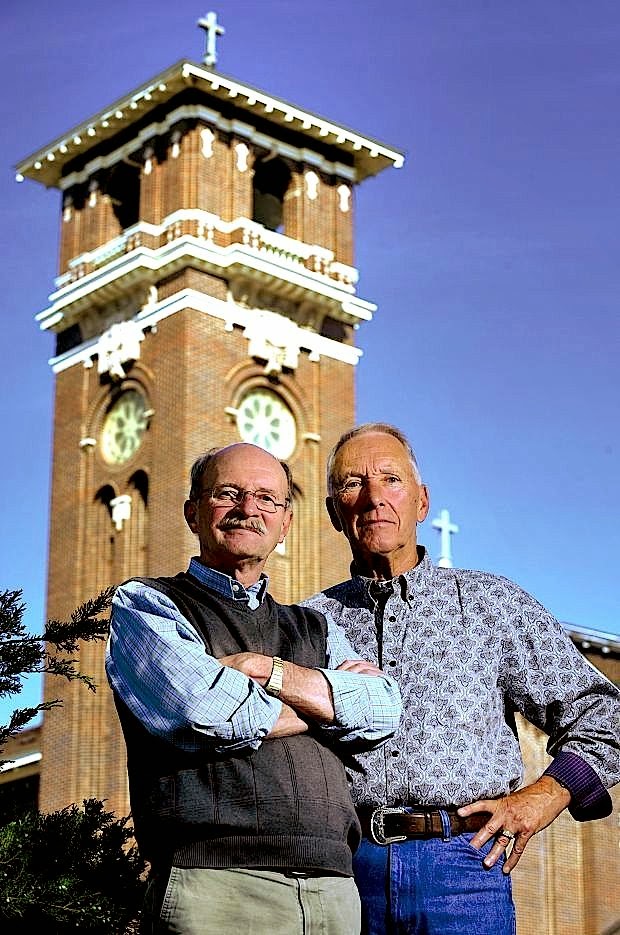 Torn between two lovers
The dichotomy of what had just been
said versus recent events at our parish
in Lewistown raises my ire. For one of
his first homilies, our new priest (Sam
Spiering) focused on the differences
between Catholics and Protestants.
Add to that his dismissal of a loyal Gay
couple and the vitriolic support of said
action published by our Bishop Warfel
on Facebook and I'm confused. The
above demonstrates that Catholicism
is in the midst of a great conflict. One
wonders where God is in all of this... 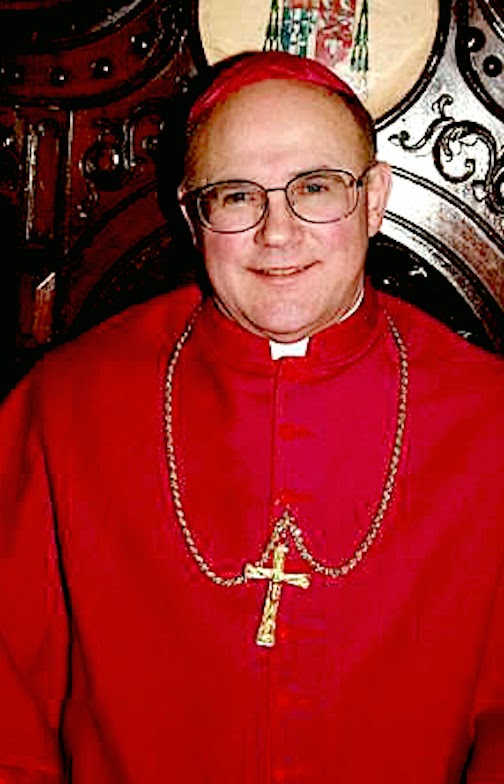 Odd men out?
How can one church seemingly unified
by ancient dogma be so confused? Most
of the turmoil relates to "family" issues
such as divorce, contraception, abortion,
homosexuality, and gay marriage. Few
of the church's active followers follow
archaic man-made Canon Laws. Yet
sadly Bishop Warfel, Father Spiering,
and some of my former St. Leo's friends
are fighting to hold onto the past rather
than move into the future. Who's right?
Even more important - who makes sure
that whatever is right is upheld by all? 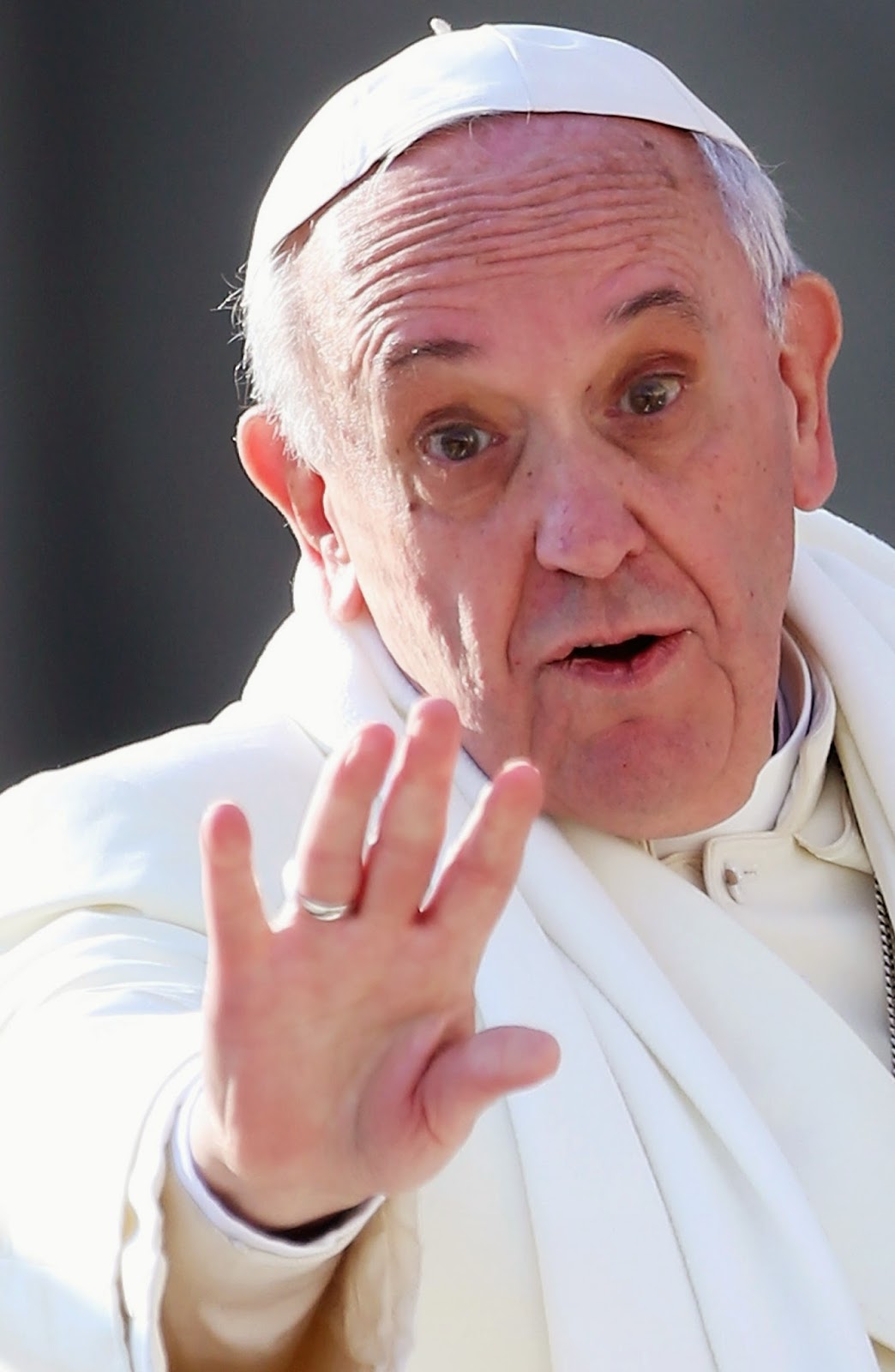 Who's in charge?
It's obvious that Pope Francis is trying
to course correct the church. As I write,
two hundred Archbishops from across
the world are meeting in Rome for an
Extraordinary Synod on these issues
and more. While any large organization
moves slow, the very fact that anything
is being discussed at all indicates change
will happen. After all, a Pope's primary
job is to be our spiritual leader. One can
only hope that our myopic Montanan
clerics will listen. If for no other reason
than that Pope Francis is their BOSS. 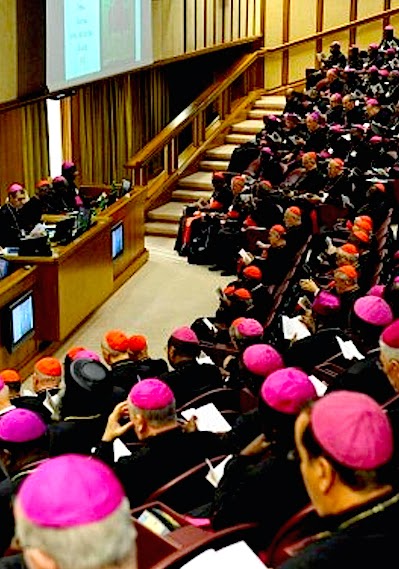 All roads lead to Rome
Bishop Warfel is currently in Rome
(on tour with Montanans) but NOT
attending the Extraordinary Synod.
Two centrists are the designated
Americans attendees - Archbishop
Joseph Kurtz (Louisville Kentucky),
President of the US Bishops and
Cardinal Donald Wuerl (Washington,
DC) member Papal Congregation of
Bishops. Both of these positions were
formerly held by ultra conservatives.
Proof that Pope Francis is carefully
orchestrating the church's transition. 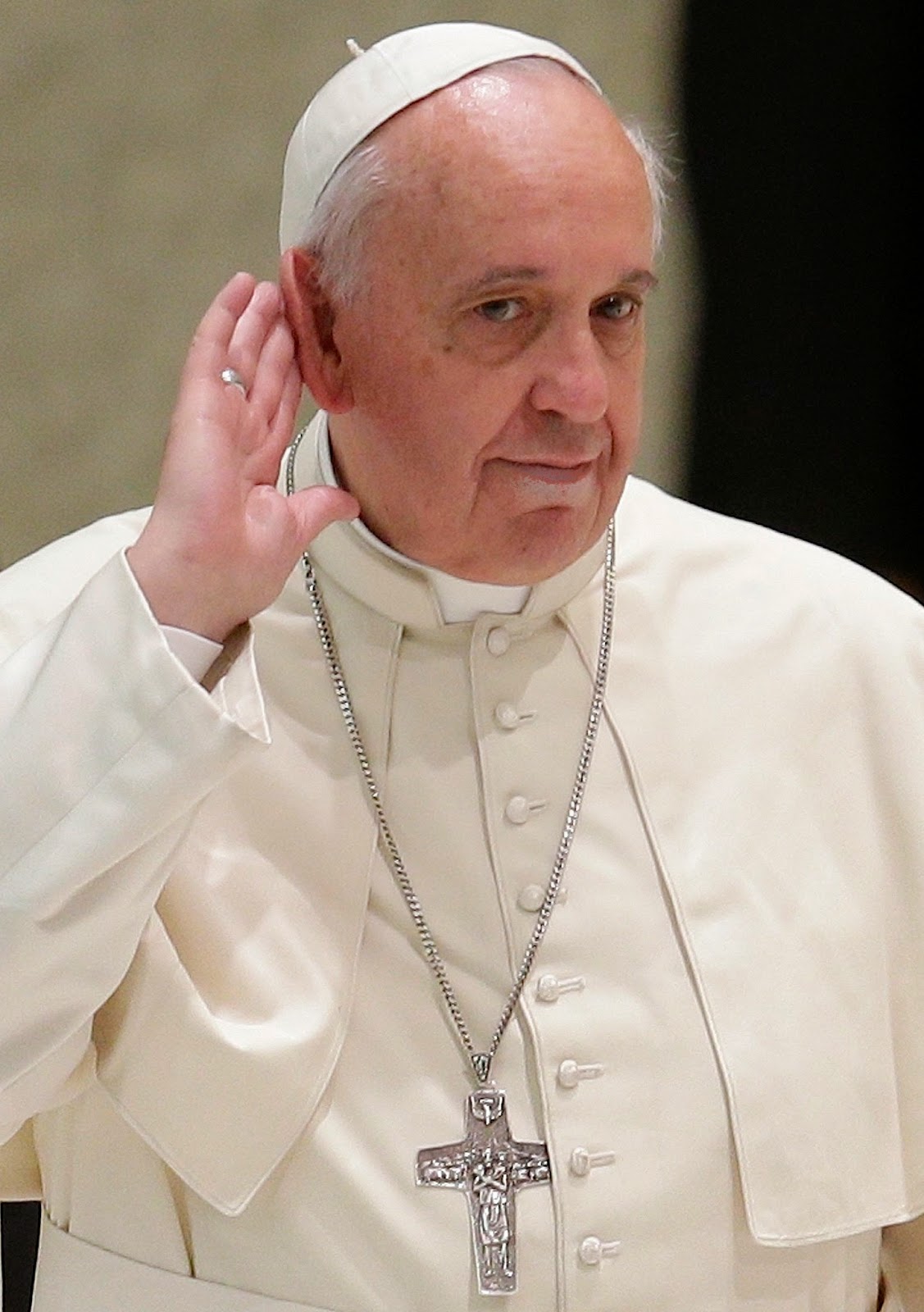 He's the man
If Pope Francis wants change - he's
the man to do it. Only the Pope can
alter Canon Law. Obviously that's
what's being discussed in Rome as
I write. If everything he has said and
done to date is indication - we may
soon experience a kindler, gentler,
more modern Catholic Church. Why
is it that faith and religion often fight
against each other? Wouldn't it be
amazing if the two were finally and
fully aligned with Christ's teachings?
LOVE ONE ANOTHER.
Posted by montanaroue at 4:00 AM