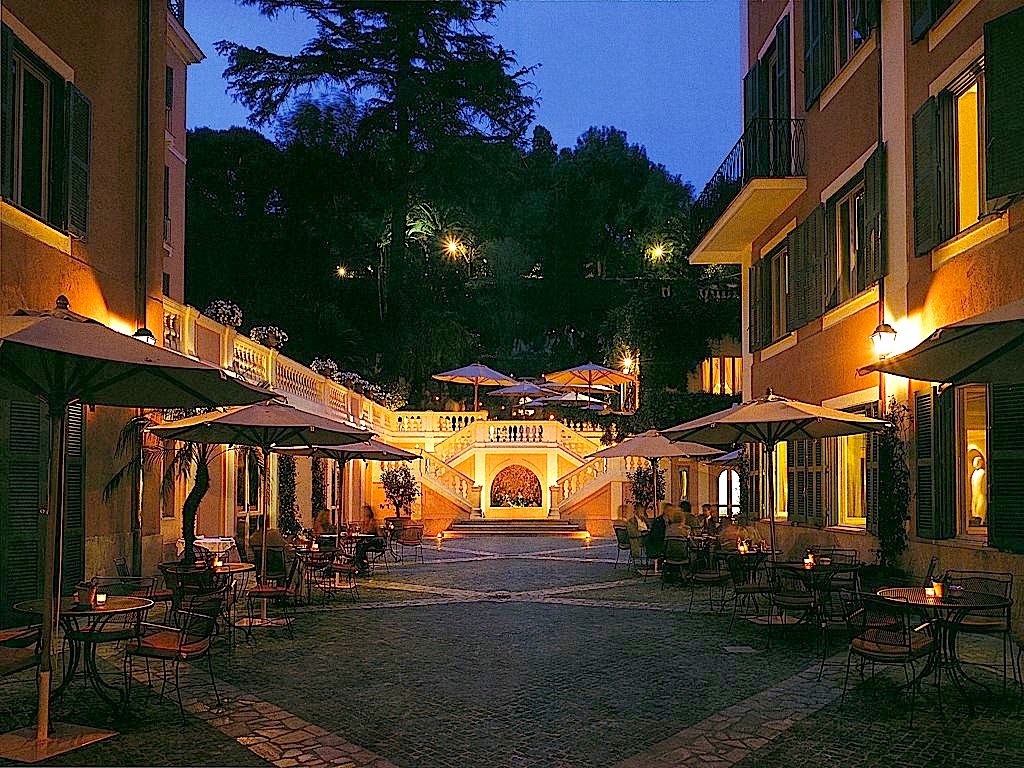 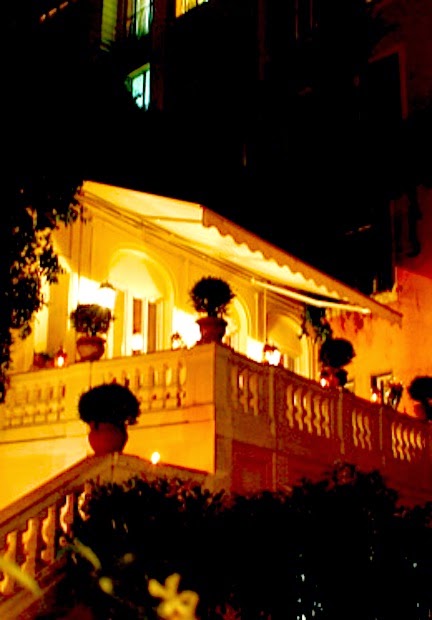 Them that's got shall have
Tonight we dined under the stars at
the Hotel De Russie here in Rome.
Sitting amongst the glitterati - the
cocktails, food, and company were
divine. Ensconced in paradise, my
bliss should have been guaranteed.
However as we talked of recent
events, the reality of what has been
going on around us finally hit home.
While we may seem to have it all -
we lack one core human right - the
freedom of equality. While "stuff"
is rather nice, it truly isn't enough. 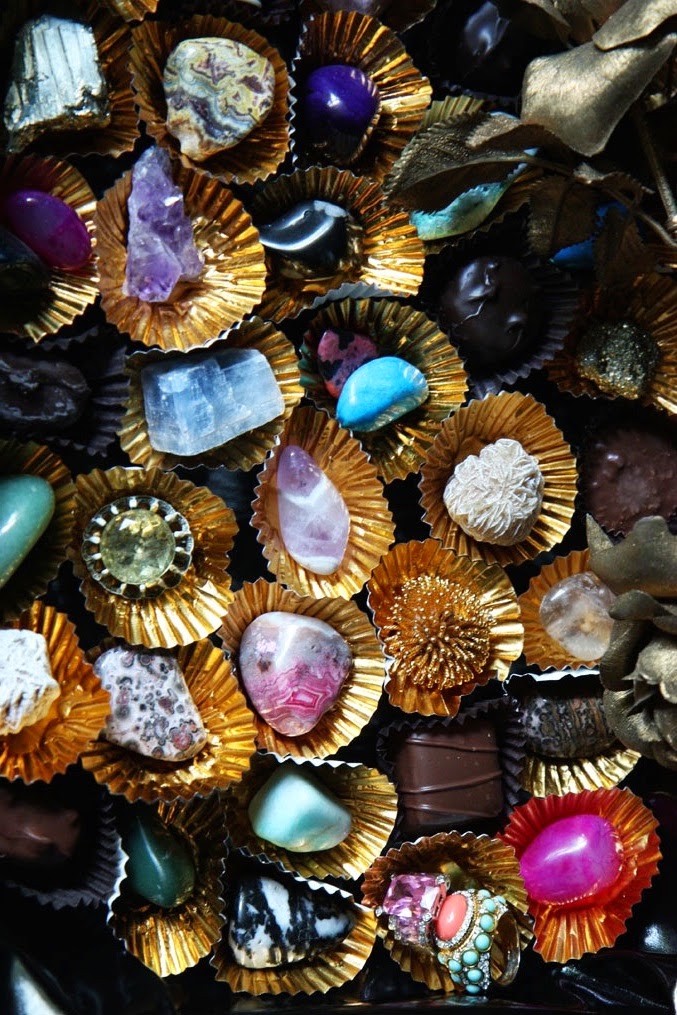 Them that's not shall lose
I realize that on the surface, somebody
as lucky as I am complaining about
lacking anything may seem ludicrous.
While we've worked hard for all that
we have, God's divine grace enables us
to live graciously. Quite comfortable
materially, our true wealth is spiritual.
We're surrounded by family who love
us. Faithful friends who support our
endeavors. And along the way many
others who provide what we need if
and when we need it. Yet something
is missing and I rather resent that fact. 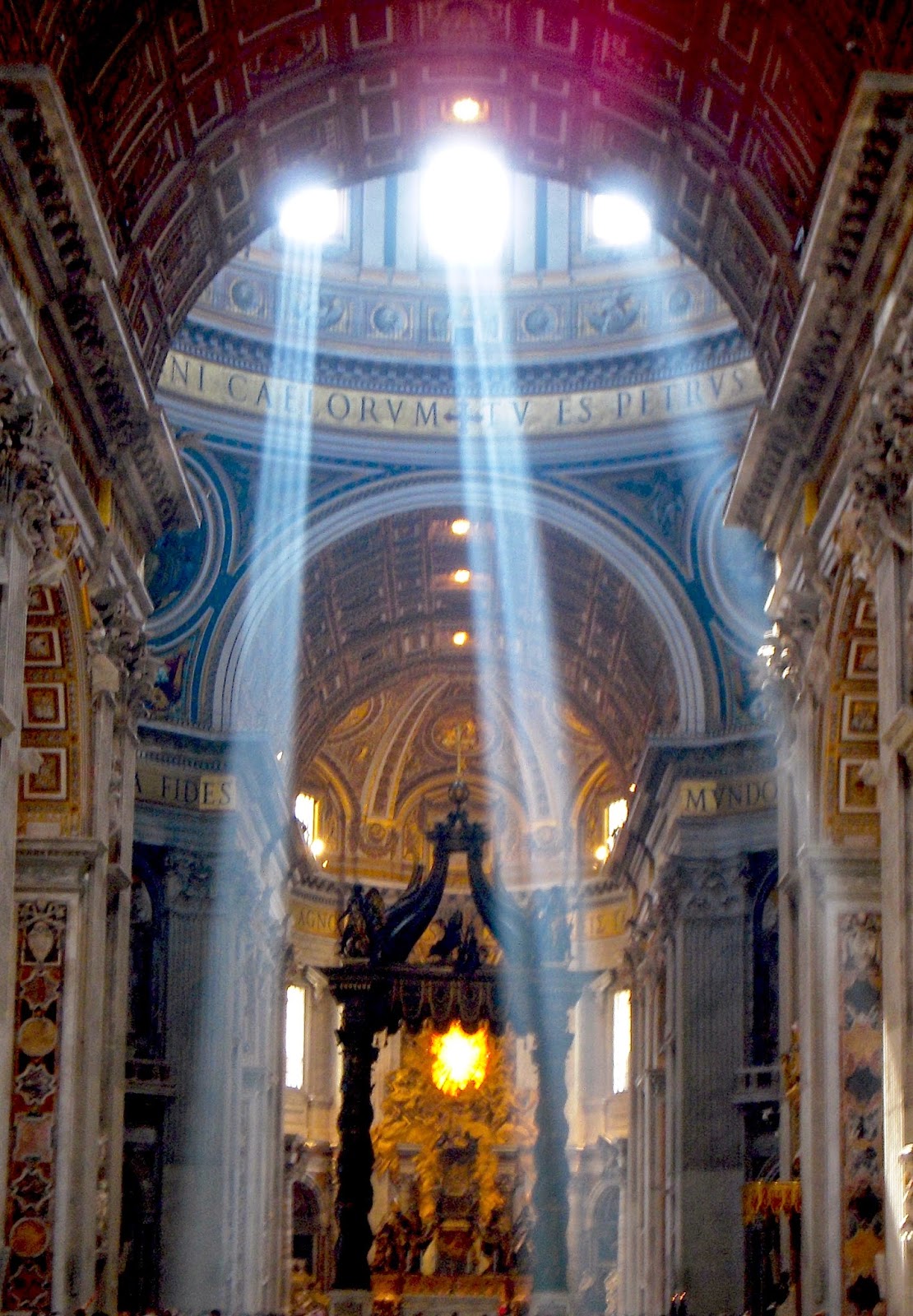 So the Bible says
Life can be so odd. Even if one has
more than enough we want more.
In my case it's respect and equality.
For all the recent bravado in Rome
it seems that at least for now... my
chances of being treated with dignity
is something the Catholic church is
unwilling or unable to guarantee. So
while I rationally understand all the
barriers, I can't help but feel abused.
How can something so pure as God's
teachings empower a chosen few to
empirically slur a genetic minority? 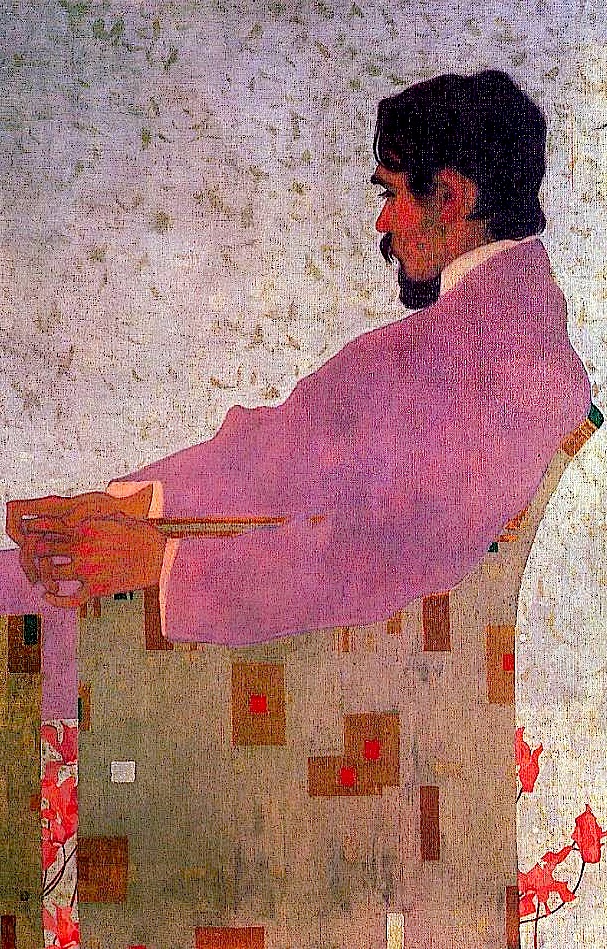 and it still is true
What baffles me is how something that
in theory is supposed to help... HURTS.
One thing I've learned as we've delved
into Italy's history is that the last people
who should be throwing stones live in
the Vatican. If anybody wants proof that
power corrupts, do your homework. One
can't help but assume that given men are
mortal, the same behavior once rampant
in the sixteenth century continues today.
Could that be what they're afraid of? If
God's word is truth, hiding behind man
made fiction may not be the answer. 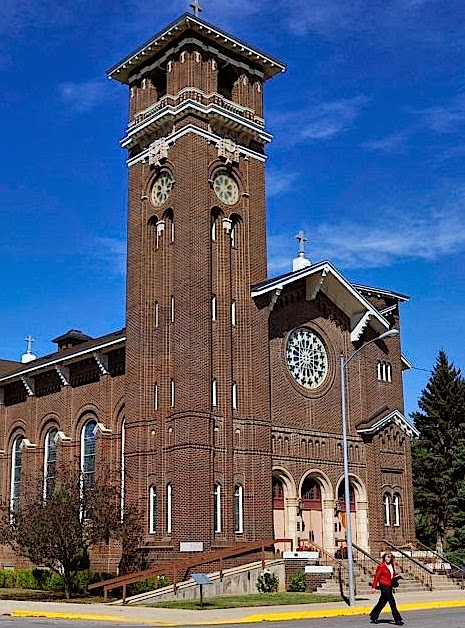 Momma may have,
Poppa may have
In August, without even a word -
something I treasured was taken
away against my will. That was
the blessing of worshipping with
Frank's family at our local parish.
What was once a refuge of love
became a bastion of prejudice.
Rationally I no longer go where
I am not welcomed. And yet, one
can't help but mourn for what has
been lost. And resent those who
righteously caused it to happen. 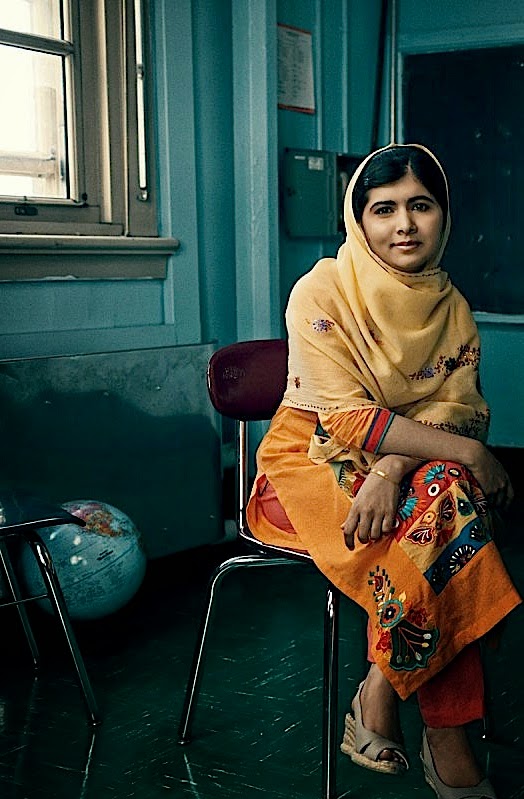 But God bless the child
We live in confusing times. Religion
seems to empower the dangerously
zealous rather than humbly spiritual.
Otherwise how could innocent girls
be taken hostage simply because they
want to be educated. A year ago we
heard Malala Yousafzai speak. Her
noble message of equality recently
garnered her the Nobel Peace Prize.
However that was after critics tried
to silence her with bullets to her head.
She survived to inspire the world to
treat all with dignity and equality. 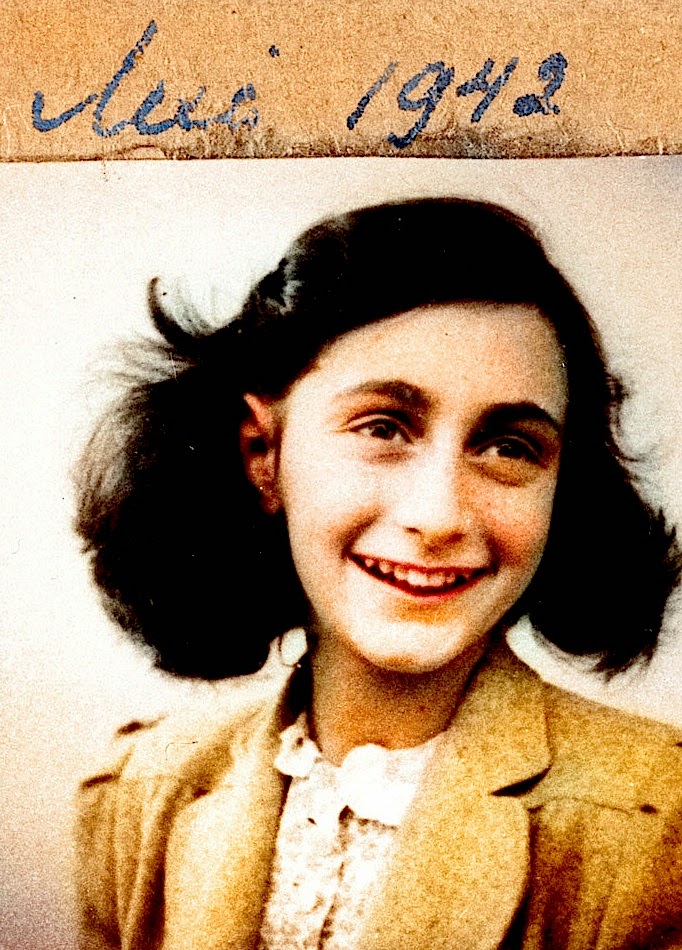 that's got his own...
Fortunately many continue to fight
for what is right. I commend Pope
Francis for what he is trying to do.
Yet I can't forget or forgive what
our local priest did to two gay men
who simply got married. Piety often
fuels a sense of superiority. Sadly
most moral judgements invariably
involve prejudicial acts. A zealot
can eradicate one's stature, dignity,
and life in the name of morality. So
while I should "love the sinner not
the sin," I need some time to heal. 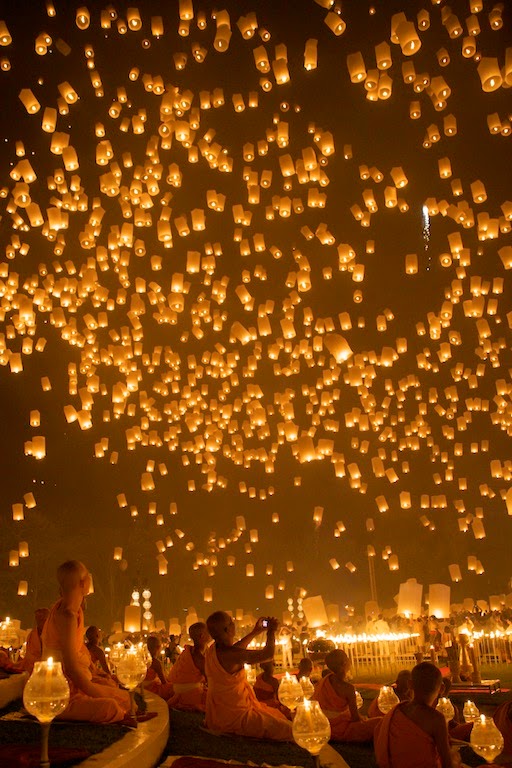 ... that's got his own.
As a Gay American, my faith in the
Constitution has been reaffirmed by
recent actions related to gay marriage.
Unfettered "morality" is a weapon of
ignorance that punishes the minority
while benefitting the judgmental. We
are fortunate that the American way
insures ALL have the right to believe
whatever they opt to believe. Religion
is a guideline one personally decides to
follow. Freedom insures that equality is
not an option but the right of each and
every American - LEFT OR RIGHT.