Through the mirror darkly 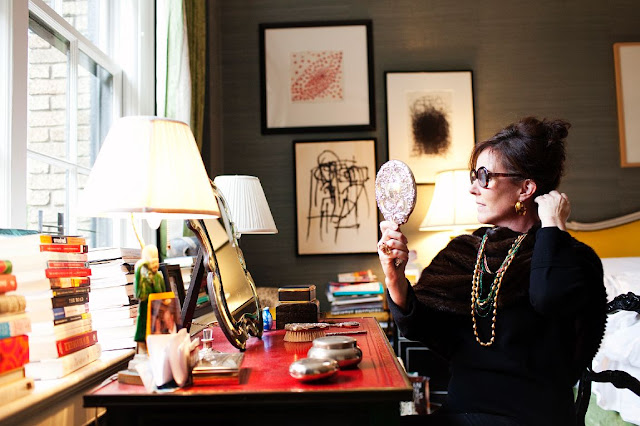 Why?
I've often said that navigating the fashion
business isn't the be all, end all. Yesterday
it was announced that designer Kate Spade
had committed suicide. Found hanging from
a red scarf by her housekeeper in her Park
Avenue cooperative - Kate apparently left
a note to her thirteen year old daughter. In
it she reinforced that it was not her fault.
And that if needed further explanation for
her Mother's self-imposed departure she
should "ask your Dad." An act that in and
of itself bears another question. Why was
it necessary for such a life to end this way?

Vintage inspired
There is no doubt that the fashion business can
kill you. That is if you let it. In theory more than
glamorous, the art of dressing the masses can be
quite distressing. Mostly because style as with
all creative endeavors is capricious at best. One
moment you're hot. The your tepid at best. Or
worse, hawking your tattered label via some
televised shopping outlet. The problem is that
when you're on top it's a short fall to reality.
One that some deep dive due to drugs, a lack
of finances, or the worst of all crisis - falling
out of fashion. Hence only the strongest seem
to be able to stay in style against all odds. 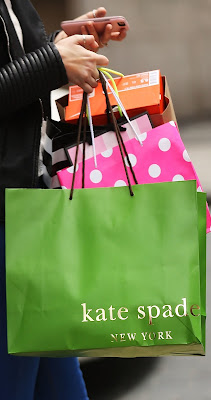 Bag lady?
For most of yesterday I texted and chatted with
industry friends and colleagues about Kate's
demise. Assuming everyone was as consumed
as I was. Then I spoke to my daughter and got
a bitch slap of reality. At thirty seven, she had
NO idea who Kate Spade was. Proof that like
any brand - a designer's success follows a bell
curve. One that aligns with the growth spurts
of whatever market segment is "golden" at the
time. Hence while boomers are bawling over
Kate Spade's unexpected departure, our kid's
had no clue as to what all of our fuss is about.
Proving that fame is but a brief interlude.

Rotten to the core
All of the above explains why we left New York.
Within the confines of it's five boroughs live the
rich and famous. Plus a bunch of has beens. Oh
and let's not forget the scads of wannabes. Such
a rarified yet crowded place breeds contempt. In
that the have nots can easily see what the haves
got. This fuels an environment where no matter
how successful one is, it's never enough. Hence
every Manhattanite spends every waking hour
competing with themselves. In an effort to rise
above the fray and at least for a moment - have
their time in the sun before being fully eclipsed.
The question is whether it's worth all the fuss?! 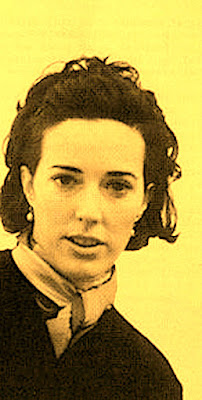 Girl of the golden west
One wonders what would have happened if
Kate had stayed in Kansas City. Obviously
she wouldn't have been a household name.
However with such style and verve she most
certainly would have stood out. My guess is
she's have opened a shop and dressed the hoi
polloi. In the process she'd be far away from
the cruelty of the rag trades. While close to
family and friends who would love her for
who she was. So maybe it's better to be a big
fish in a little pond? Rather than an exotic see
and be seen creature who ultimately found it
impossible to rise above life's toxic waste? 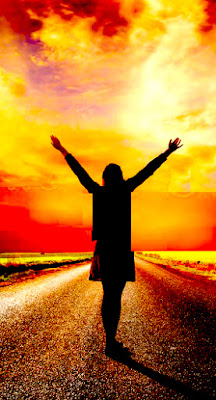 Step into the light...
With success comes failure. Yet any upward
or downhill climb offers a choice. Either to
continue as is or to make a change - possibly
for the better. I've no idea what pushed Kate
Spade over the edge. All that I know is that
it's sad that such a talented person with many
options felt they had none. Especially when
even if it seems we have no choice - theres
always an alternative. While the answer to
one's problems is rarely easy, it's worth the
effort. So the next time you feel the end is
near... why not start anew and wait to see
what happens? Its better than the alternative.

POSTSCRIPT
Subsequent reports have come out related to the cause of Kate's departure.
Per her sister Kate struggled with mental illness and a "compulsion" related
to Robin Williams' suicide by hanging several years ago. While family and
friends repeatedly attempted to help Kate it never happened. In part because
of her concern of the potential impact her issues might have on her namesake
brand as it's platform is "happy." Given the end result we can only mourn that
decision. And respectfully laud Kate Spade - mother - fashion force - friend -
- sister - aunt - daughter - wife - mentor - muse - and all too human being.
Posted by montanaroue at 4:00 AM