Back at you
OK... if people who have been convicted of
breaking the law... lying under oath, insider
trading, or attempting to sell senatorial seats
can be exonerated... then why can't the rest
of us be redeemed?! Haven't we suffered
enough? Thus far it's been four hundred and
ninety seven days of pure and unadulterated
torture. Hence in my opinion if anyone should
be given a reprieve it's we the people. Sadly,
it's all about just a select few who are deemed
worthy enough to be free from proven crimes.
Leaving the rest of us to sit on our shrinking
assets as we pray for salvation. SAVE US! 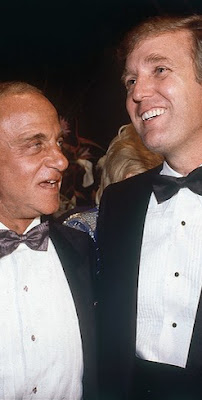 Cohn job
Each and everyday I search for something
positive - anything redeeming - light at the
end of the tunnel of  this mess that we're in.
However try as I might it's impossible to
avoid the inevitable. Which is that we have
a narcissist in chief. A man with seemingly
no morals. One who is perfectly willing to
dole out political favors. After all, even if
one is capable of bestowing redemption -
they're still known by the company they
keep. And given one of President Trump's
most influential mentors was the infamous
Roy Cohn. It takes one... to know one... 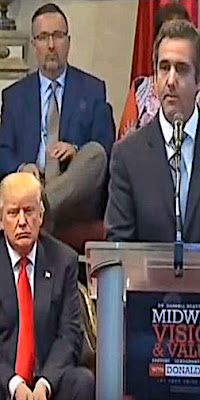 Free for all
Obviously somebody thinks that handing "get
out of jail cards" to convicted criminals is if
nothing else - a statement. However obvious
such a move may appear - there is also a not
so hidden method to his madness. Absolving
one's former co-horts sends any friend at risk
a not so subtle message. Rather than squawk,
you're certain to walk. That is as long as you
are willing to play the waiting game. Which
explains why men like Michael Cohen, Paul
Manafort, or Mike Flynn act as if they have
little to be worried about. While knowing all
too well that their savior could turn on them. 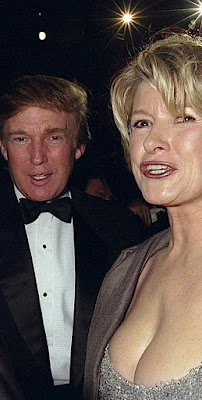 Tit for tat
How did we end up in a world where people
with proven character faults seemingly face
no consequences for their sins? Like her or
not - Martha Stewart used inside information
to her financial advantage. And when given
a chance to confess - chose to lie under oath.
Governor Rod Blagojevich seized a political
opportunity for financial gain. Subsequently
both were found guilty and sent to jail. Yet
both were offered a second chance by their
buddy Don either pre or post incarceration -
by appearing on his reality TV show. Hmm...
could it be that the third time is the charm? 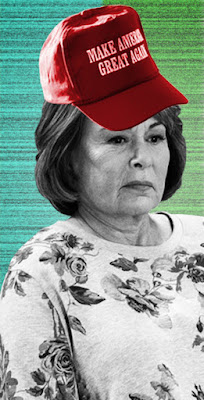 Red alert
In such tenuous times one thing is certain -
bigotry and prejudice are crimes against
humanity. A fact that still did not stop our
President from pardoning rightist pundit
and birther conspiracist - Dinish D'Souza.
He also cleared the record of Sheriff Joe
Arpaio - a proven violator of immigration
laws. Sadly the fact that Roseanne Barr
didn't go to jail prohibits Mr. Trump from
wiping away her Ambien tainted tweets.
Ultimately what goes around comes back
with a vengeance. So who may be willing
to pardon Don if needed? Vladimir Putin?
Posted by montanaroue at 4:00 AM