HOW GREAT THOU ART 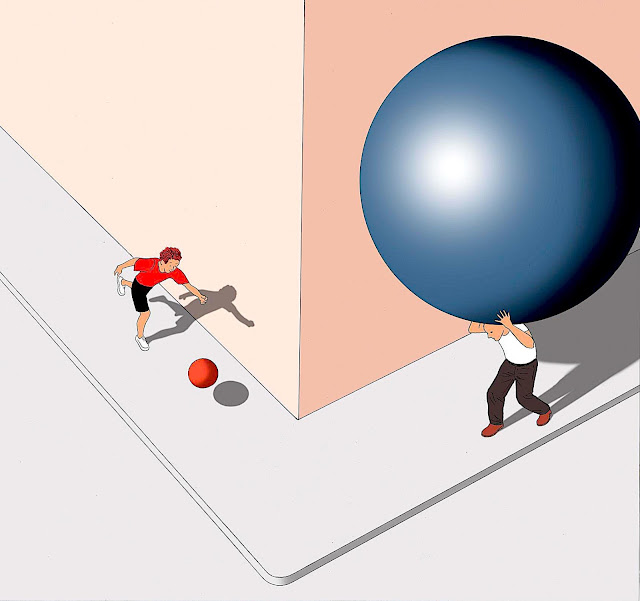 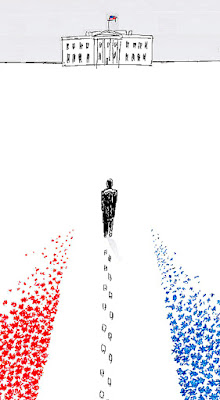 Road less traveled
As I've said before, historically I was never
very political. Obviously I had opinions but
kept them to myself. In part because I really
didn't think what Washington was fussing
had minimal impact on me. However as time
passed, my perspective on government and
it's relationship to me personally has changed.
The majority of change being positive overall
which I appreciate deeply. Until recently the
evolution of our overall culture has made me
proud to be an American. Hence when I feel
that somebody is threatening my freedom or
equality I have to do something, anything. 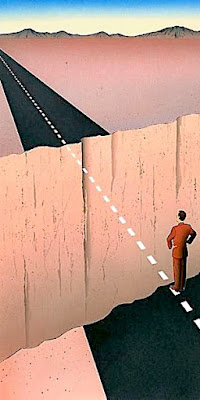 Gap analysis
Whatever an of us chooses to call our form of
organized chaos - democracy, republic, or both
doesn't really matter. What's important is that
we all recognize our role within our collective
destiny. Which is exactly the intention of our
founders in crafting the framework of what is
now deemed the American way. All of that
said, I'm mostly confident that no  matter the
challenges we currently face - our American
way of living, thinking, and organizing will
not change. However we the people - you and
I - our friends and neighbors - may be taking
baby steps backwards in the wrong direction. 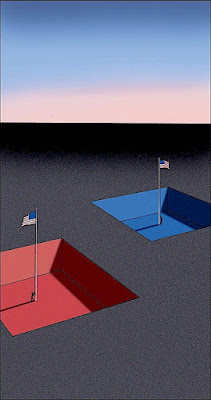 Neither here nor there
You see, it's not about my president or yours.
Nor being Republican or Democrat, liberal
or conservative, blue or red, informed or a
bit ignorant. Rather it seems to be all about
winning at any cost. Meaning that half of the
time we've no idea what we're arguing about.
Instead we're focused on usurping anybody
who stands in our way. And sadly nothing
could possibly seem more unAmerican to
me than that. For many reasons the majority
of our perspectives are askew. Thus we strive
for victory not equality. An approach that I
worry will cause us all to lose in the process. 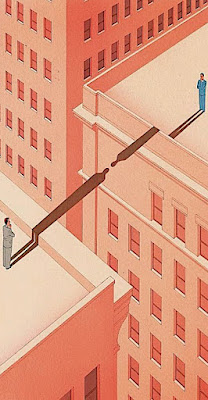 Prior convictions
It's hard to explain what's gone wrong. Have
we all become nasty? Has social media fueled
our discontent? Is there some secret society
with a hidden agenda attempting to usurp both
side's good intentions? Are we victims of fake
news? Is everybody we know secretly a bigot?
My argument would be that all of the above
has always been part of our American culture.
The fact is we're hardly different that we were
thirty years ago. And if we have changed, it's
for the better. The difference is that modern
media is exposing us for who we are. And
have always been. We just didn't realize it... 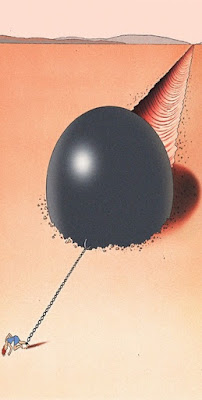 Weight of proof
We human beings are by our very nature are
diverse creatures. We look, think, and behave
differently depending on who and where we
come from. In addition each and every one of
us is the byproduct of our individual history,
experiences, talents, highs, lows, successes,
failures, and thus bias. In essence we're all
rather jaded by whatever we've personally
lived through. The only difference being that
some of us are open to seeing the other side.
Learning and growing through new people,
places, and perspectives. And evolving into
older and wiser yet still all too human beings.

Good, better, best
So rather than argue, it's time that we heard each
other out. If for no reason than that we have to
respect each other's opinions. Maybe it's time
that we started asking questions instead of just
assuming we have all the answers. Over the last
twenty years I've learned that the best way to
change your world is to simply live in it. So
whatever you think - think again. Consider our
world from every perspective. Share your view
with whomever is ready and willing to listen.
Most important, engage in a dialogue. Trust
me. In the end that's the only way to possibly
MAKE AMERICA GREAT AGAIN. 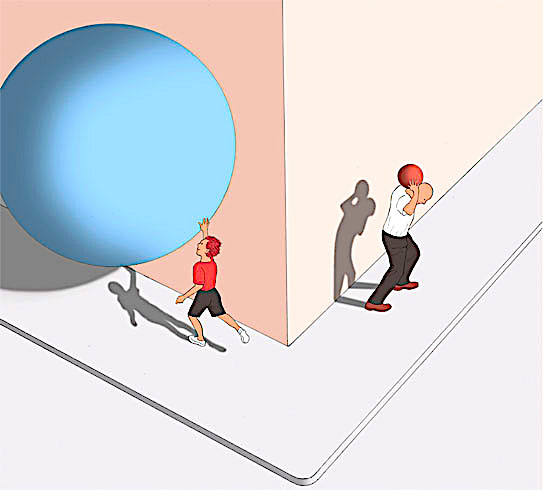