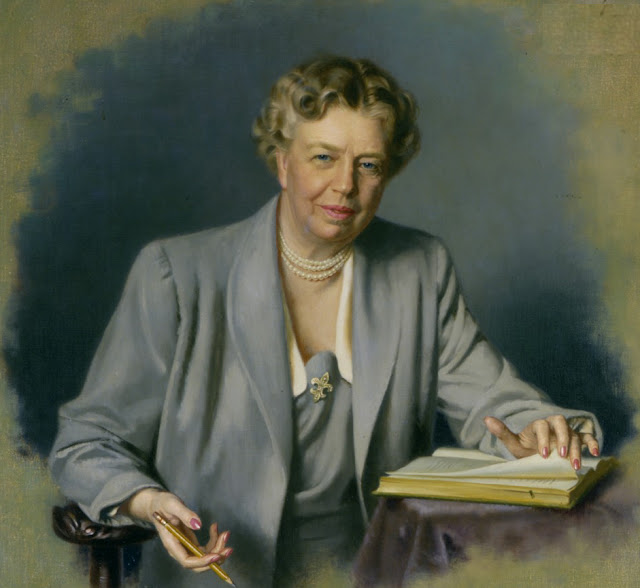 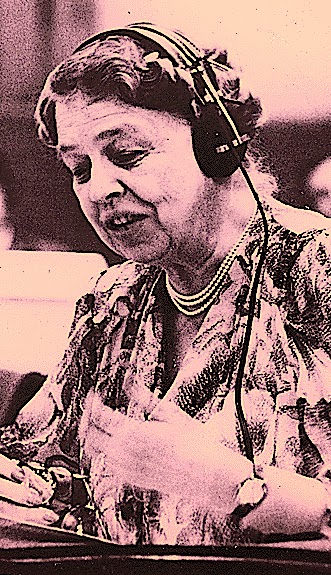 Above all...
Whenever I faced adversity as a tot -
my mother offered up some simple
advice. "Be like Eleanor Roosevelt,
and rise above it." While seemingly
an obtuse concept for a six year old -
slowly it's wisdom sank in. Thus a
homely power broker of the upper
crust became my inspiration. You
see, Eleanor was willing to get down
and dirty. Yet while navigating life's
pits she remained oddly inspiriting
in her floral georgettes. And with a
wave or smile affirmed all was well. 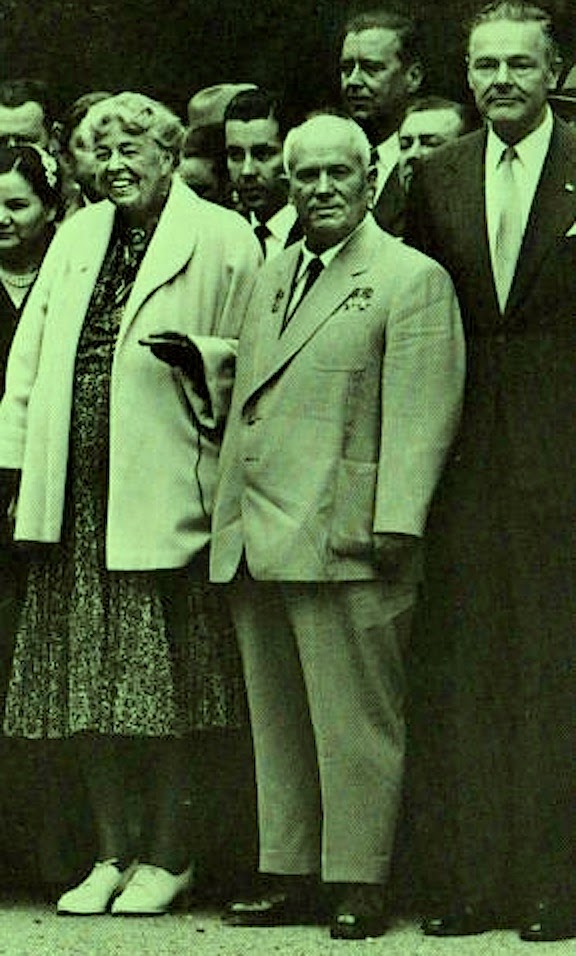 Grand stand
Nowadays there is no doubt that these
times are unsettling. Random folks do
or say horrible things for seemingly no
reason. Things beyond our control can
change our destiny. Thus the only thing
controllable is how we react. Eleanor's
simple approach was passive passion.
Always a lady, she stealthily navigated
the muck in order to achieve her goal.
Never wavering she calmly listened,
interacted with courtesy, only to then
clearly reinforce her opinion. All as she
stood firm for ALL that she believed in. 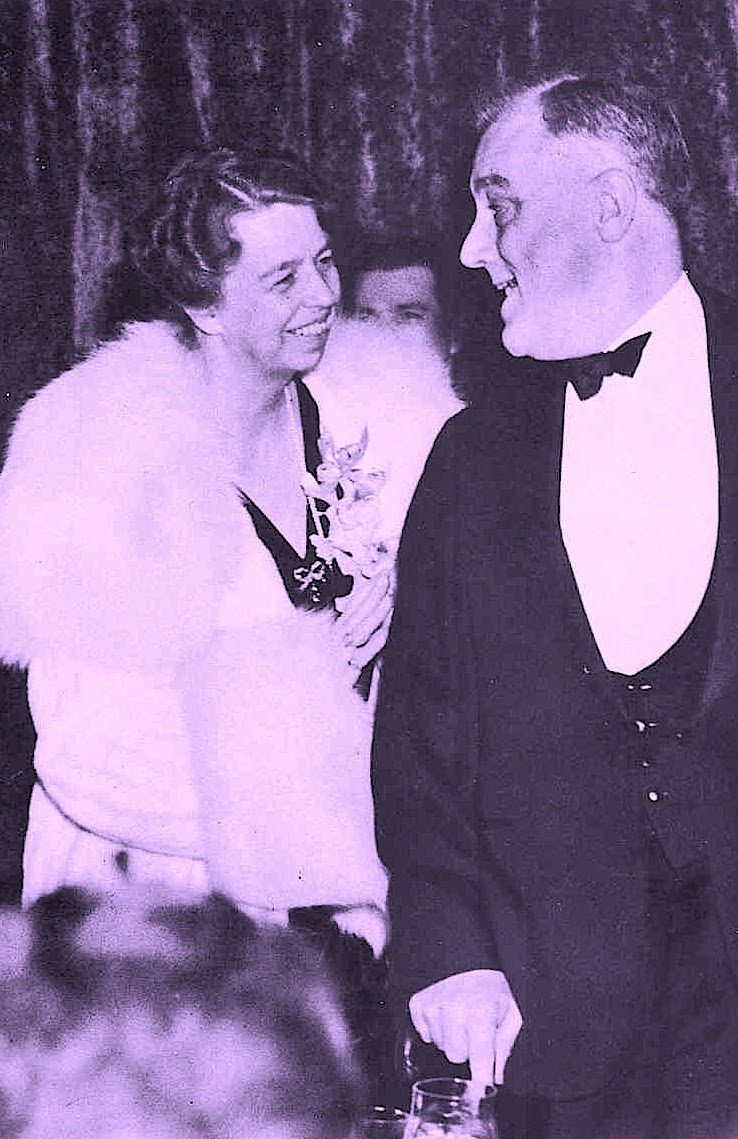 Solid ground
Throughout life, the Eleanor idea
of "rising above it" has helped me
weather the most challenging of
times. If those who I loved turned
on me, I turned the other cheek.
When friends became foes, I just
smiled and moved on. And during
many moments of adversity on the
job, I stood my ground. I'm certain
some viewed my calm resolve as
passive. Yet in the end said stance
helped to insure a better outcome
than any (including me) expected. 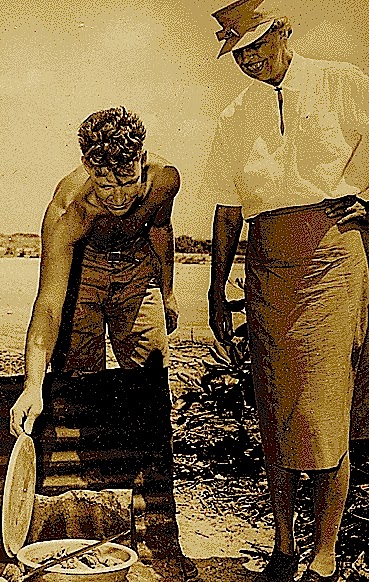 Open to anything
It's important that we never confuse the
art of "being Eleanor" with piety. Pious
folks care about nothing but their place
on the roster. It's only when a leader is
resolved to be be open to the alternatives
that great things happen. Hence anyone
we meet along the way can help us grow.
Conflict and oppression inevitably travel
with illumination and redemption. And
drives those willing to face facts to truth
and justice for all. Hence like Eleanor, I
try to engage in a dialogue with anybody
at anytime. And am willing to listen... 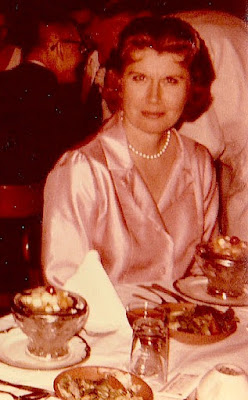 All together now
My Mother was anything but perfect.
However while seemingly rigid, she
actually hid a fluidity of open thought
beneath her seemingly steely exterior.
When finally confronted with who her
son truly was, she embraced me with
open arms. Slowly she realized there
was little difference between a man
loving a woman or man... In the end
she celebrated my true self even as
she worried about how others might
mistreat me. Hmm... maybe it's time
that I start practicing "being ETHEL?"
Posted by montanaroue at 4:00 AM