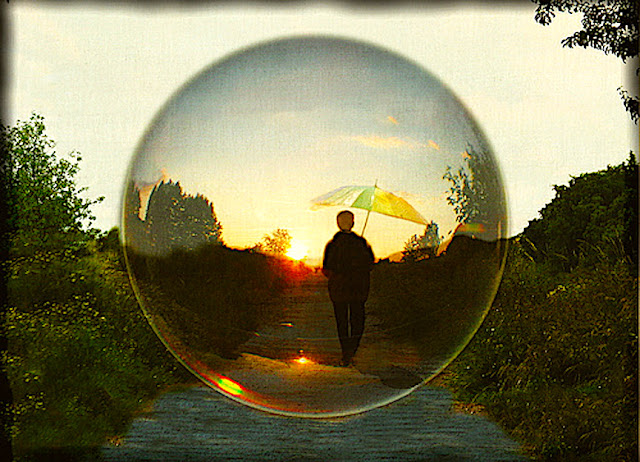 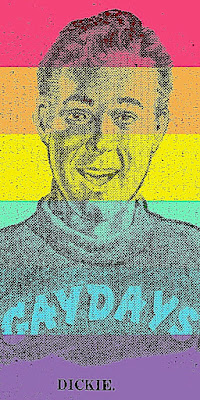 Rainbow coalition
As June nears it's end I feel the need to muse
a bit about "pride." For those of you who may
be confused, I'm writing about rainbow bright
GLBTQ Pride Month. Or as I prefer to think -
equality. Last year Manhattan was awash with
rainbow stickers on every major institution.
And so even one's bank was proudly touting
their "support" of a certain ilk. Whereas this
June in rural Central Montana, there is not a
rainbow in sight. Well, except for that double
rainbow after a cloud burst last week. Hence
one thing is obvious - "PRIDE" is not on the
local agenda. And that's just fine with me. 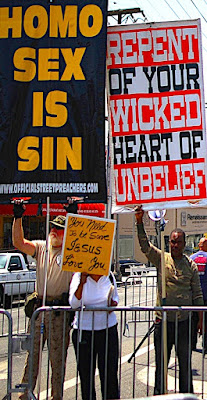 The dark side
Don't get me wrong. I am more than proud of
the equality "queers" like me have gained in
the last few decades. However I can't help but
also be a tad resentful. After all, the last thing
to be proud of is the fact that many Americans
are legally deprived of their inalienable rights.
Prejudice, bigotry, and hatred continue to fuel
many of my fellow citizen's perspectives on all
sorts of issues. And while I often attribute said
mindsets to ignorance, one can't help but worry
about our collective future. Whether we care to
admit it or not, evil lurks deep within many of
our hearts. Therefore equality has yet to come. 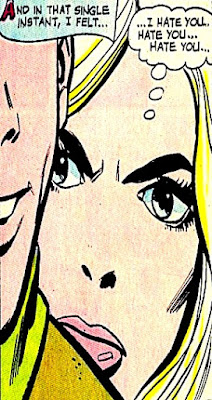 Haters gonna hate
Throughout this month we attended several
family and community events. All of which
were inclusive. Thus my better half and I
were embraced, loved, and supported for
who we are. Well... at least on the surface.
You see, those who embrace our "lifestyle"
don't see what we see. Which is the subtle
rejection of those who view us as oddities
at best. Subtly judging us via an arms length
aura of judgement. Such prejudice is both
arrogant and subtle. Causing folks such as
they to feel superior to people like us. And
while we may not like it, it is what it is... 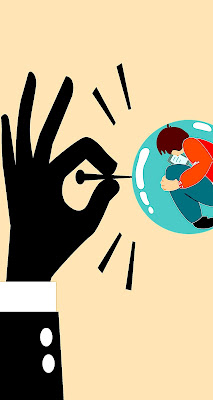 Pop goes the weasel
Everybody wants to be liked. However when
some gal with a bad perm, painted eyebrows,
in a polyester ensemble snubs you, it HURTS.
Mostly because at this point in time, one finds
such behavior surprising. A reaction which in
and of itself only reinforces my naivety. After
all, even in a county where seventy percent of
one's friends and neighbors voted for Donald
Trump, one can still live in a bubble. One that
is safe and secure in it's sphere of influence.
Yet as soon as one goes beyond said safety
zone, one's sense of acceptance can quickly
be popped by some prejudicial prick. 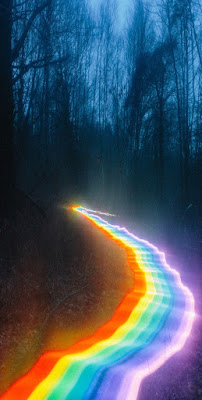 Path of righteousness
Confronted by such ignorance, one's natural
reaction is to fight fire with fire. However
behaving in such a judgmental manner only
drags us all down. Thus in the end, one can
only hope that those with dark souls will find
some way to see the light. All of which proves
(at least to me) that while we may have much
to celebrate, we've got a long way yet to go.
Ultimately all GLBTQ people want is to be
equal. Meaning that who we are shouldn't be
a legal or social issue. When that happens...
and being a minority is no longer fodder for
rebuke - then we finally can all be PROUD!
Posted by montanaroue at 4:00 AM