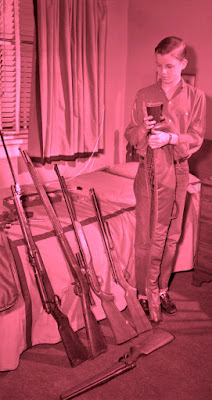 "Mental problem"
The sad fact is none of us are safe. Anybody
can grab a gun and shoot. Be they a leftist,
rightist, bigot, disenfranchised employee, or
vengeful lover. Obviously anybody willing
to murder strangers has a "mental problem."
However given the killing spree going on in
our country, the problem is not simply some
lunatic. If anybody is out of their minds it's
those who allow anyone to buy a gun almost
anywhere with virtually no restrictions. Only
to offer their thoughts and prayers the victims
of gun violence. Rather than actually legislate
to make America a safer place for all of us. 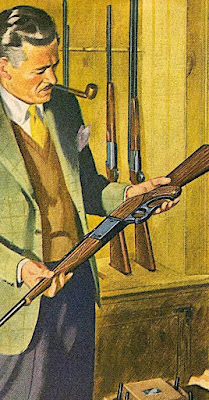 License to kill
Most folks in central Montana own a firearm.
Here hunting is a way of life. Thus the idea
of limiting one's ability to bear arms ignites
the ire of my friends and neighbors. However
at some point we must face the fact that some
are not as morally responsible as Montanans.
Hence there is a need to filter out those few
who shouldn't be packing iron. Especially in
a Walmart or elementary school. Most of us
assume America is the best. Yet the majority
of our fellow nations have figured out how to
end gun violence. So shouldn't we at least try
to take a shot at gun control?! 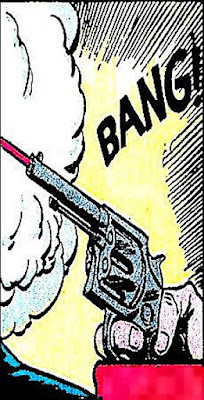 The big bang theory
Like it or not any of us could go postal at any
time. The only difference is aiming with a
handgun versus semi-automatic rifle. One
requires you aim at the victim at hand. The
other can be randomly fired at all within its
radius of impact. As far as I know, nobody in
these parts hunts for elk with a machine gun.
Instead they pride themselves on stalking,
aiming, and firing at their targets. Thus in
theory, the firearms they want to freely use
are of little threat to anyone sans fur and
antlers. So why do they assume that their
favorite sport is at risk of being violated?! 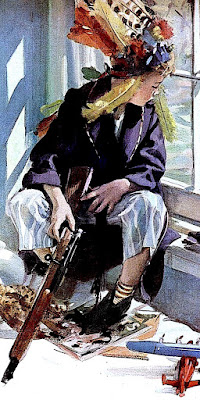 Ready and waiting
The only freedom that is threatened by limited
gun legislation is free-wheeling murder. The
official definition of a "mass shooting" is five
or more fatalities. Elimination of easy access
to weapons might have avoided the deaths of
the two hundred and seventy nine Americans
killed in mass shootings since 2015. Put in
context, the total of Americans killed in the
Gulf War was two hundred and nineteen. Isn't
it time that we acknowledged that this killing
is not going to stop on it's own? And that the
only way to end mass shootings is limiting
access to fire arms. It's a life or death decision.