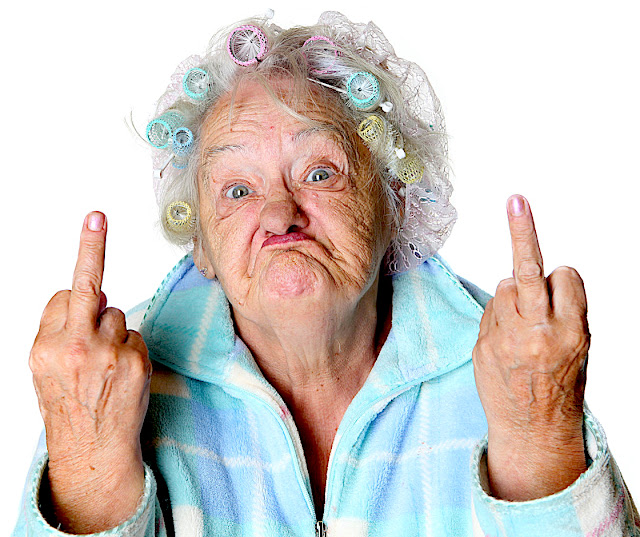 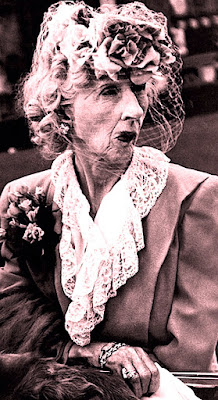 Self fulfilling prophecy
You know that old saying "be careful what
you wish for..." We reap what we sow. And
even if said karmic harvest is a surprise we
knew what was going to happen. Every day
it's affirmed that we're older and at least in
our minds better. However I've come to the
conclusion that I'm now the fulfillment of
almost every fear I had as a child. As tots
we looked at the grownups and wondered
why they did the things they did. Or were
the way they were. As kids it seemed that
the older behaved oddly. However now our
youthful quandaries are our harsh realities.

Gone to pot
There was a time when I simply couldn't fathom
why any man would sport of belly. Nor why some
folks carried a plethora of added baggage or a bad
case of back bacon. Why couldn't they take care
of themselves I wondered?! As someone who had
always been "skinny" it seemed the result of pure
indulgence or slovenly malaise. Why did they let
themselves literally go to pot?! Then all a sudden
time marched on. Leaving behind a constitutional
crisis. Before I could eat anything. Now no matter
what I did it I couldn't  shed those extra pounds.
Nor did I want to. And why was that guy I'd once
disdained now staring back at me in my mirror?

Doctor's advice
As we age, routine maintenance becomes
all the more necessary. Take Mom's "lady
doctor." Considered handsome, all of his
patients looked forward to their checkups.
However upon accompanying Ethel to his
office, I didn't see the attraction. Instead I
couldn't take my eyes off his rough paws,
scratchy skin, and that dandruff dusting
his shoulders. Why didn't he do take care
of himself? Later I connected the dots.
There was a reason Mom daily slathered
herself with lotions and potions. Without
lubrication most old folks are rather flaky.

Growth experience
In my younger and more vulnerable years I often
wondered why adults had random tufts of hair
growing out of the oddest places. Many of my
father's friends could easily have braided their
nose hairs, Did they realize having hair explode
from their ears was very unattractive? Meanwhile
there were those ladies who always had at least
one very long follicle flowing from some mole.
And why would any lady ever grow a mustache?
Later on I understood that with age come many
natural phenomena that are almost impossible
to control. No wonder old folks must regularly
pluck, trim, and wax their sagging guts out. 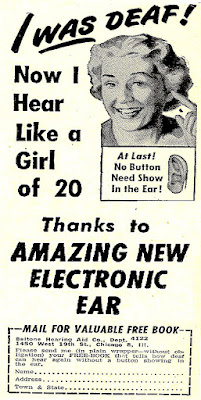 Sounds of silence
Finally I simply couldn't fathom why older
types were always so noisy. And why they
grunted and groaned with move. Or why
they seemed to not be listening. Otherwise
why did one have to repeat the same thing
with increasing volume? All too soon one
figures out that with aging is painful given
simply moving about isn't nearly as easy
as it once was. Worse is the harsh fact that
most lose their hearing as time goes on.
Which causes one to utter "what?" "huh"
or try to act like you know what's going
on. Even if you've no idea who said what. 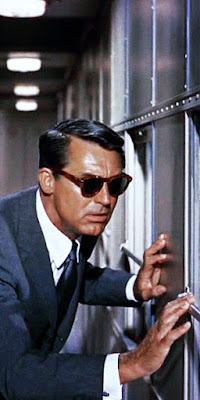 Blindsided
Hindsight may be twenty twenty. But seeing
things for what they are gets harder with age.
Back in the day I always thought those ladies
who wore their glasses on chains were funny.
Only to later discover that it's not very funny
when you can't remember where you last left
your specs. I used to marvel at people who
used pocket flashlights in restaurants to read
the menu. Now even with the help of a phone
spot - I struggle to see things as they are. And
yet, I can see clearly that what I once deemed
old fashioned is my fate in life. Hence karma
really is a bitch. And an angry one at that.

Shit happens
Ultimately our past comes back to haunt us.
And luckily it seems I'm ready for anything.
Having cared for two sets of elderly parents,
I've been there done that. Which is why I'm
a boy scout at heart. Whenever I encounter
somebody older, I go out of my way to help
them if possible. You see, in the end we're all
going to need somebody else. Thus part of me
hopes that any efforts to help those older will
ultimately reap my just reward. As I've often
said, my father changed my diapers and later
I had to change his. What goes around comes
around - tenfold. It all "Depends" on you...
Posted by montanaroue at 4:00 AM