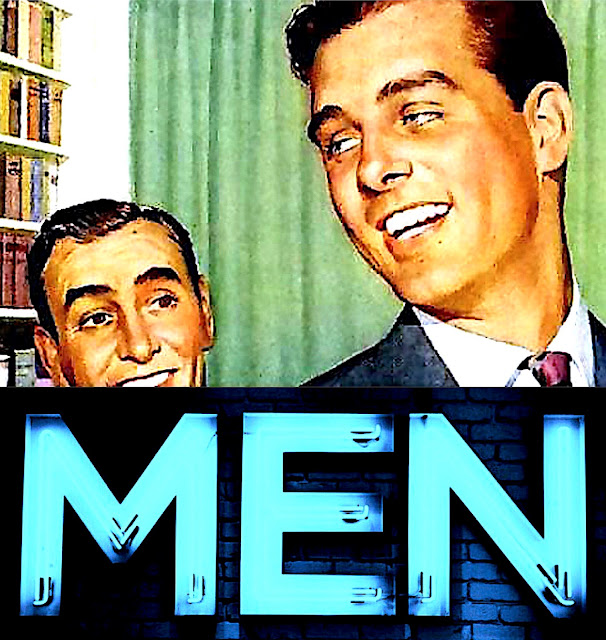 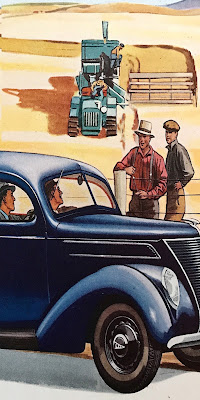 Dumb and dumber
Men are fools. Well at least when it comes to
following directions. Somehow the very idea
of an instruction manual puts most males in
a spin. Deep within us lurks some primal urge
that causes us to avoid instruction. Therefore
rather than do as we are told, we gentlemen
opt to figure things out for themselves. Often
to our great misfortune. All of which is proof
that most of the male species has to learn the
hard way. Or make the same damn mistake all
too often prior to finally learning our lesson.
Whereas women have no problem relying on
experts given they've got better things to do. 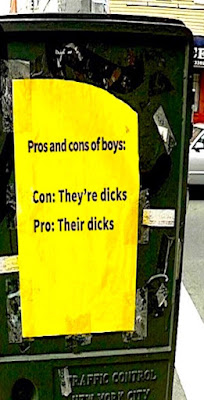 Man to man
Some sage long ago coined the phrase "it takes
one to know one." Which in the case of two gay
men is actually a rather positive phenomena.
Boys will be boys. So who better to understand
what it takes to live with one than another? It's
been twenty two years since Frank and I joined
forces. And while we're most definitely in the
minority when it comes to the rest of the male
species - our union gives us a competitive edge
over other couples. Call it male bonding or
whatever you like - the fact we're both of the
same sex means we know what to expect. And
what makes the other tick or be ticked off. 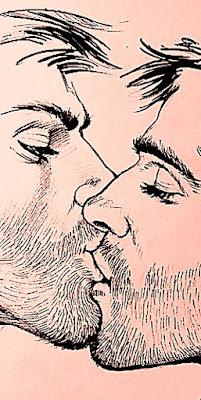 Two of a kind
Having wed on both sides of life's fence, I feel
the need to reinforce that our affinity has little
to do with sharing testosterone. Our joint effort
is not fueled by shared gender alone. It is the
manifestation of a deep and abiding true love.
Even now - after all these years I marvel at the
very fact that somehow we connected and have
remained conjoined ever since. And while quite
different from each other - we've always shared
a common bond. Plus an electrical element of
physical attraction that remains just a strong
several dozen of pounds later. Hence I have to
thank God that love and Frank are BLIND! 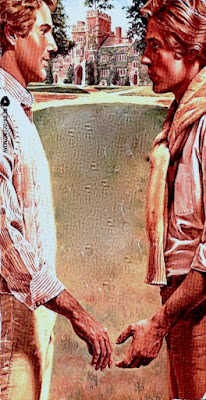 Double indemnity
Like any couple, we think we're pretty special.
And as one of the few visible gay couples here
in Central Montana - we most certainly stand
out. However in the end almost anybody who
gets to know us realizes just how ordinary we
are. And that we share similar highs and lows
as the majority of heterosexual couples. Thus
whatever you call our union - an aberration -
an exception to the rule - a "lifestyle" - or just
a blessing - the truth is we're no different than
the rest of you. But are we really the same?
You see - in my opinion I'm more than blessed.
In that Frank is mine alone and visa versa.

Cowboy heaven
We all search for love. Fortunately in my case -
I found it with my dream come true. Somehow
I bagged my Mr. Right. And even if some feel
that we two wrongs don't make a right I know
that we're right for each other. On this day -
our anniversary - but in fact everyday - I feel
the need to celebrate my better half. My one
and only who makes life all the better and then
some. Not a day passes that I don't thank God
for Frank. Hence in my opinion my husband
is the ultimate gift from God. And while your
definition of God may differ - please know that
our partnership is nothing but heaven on earth!
Posted by montanaroue at 5:46 AM