Sometimes even I am surprised.
In rural Montana news travels fast.
Whether it be true, slightly correct, or totally false.
I can't yet figure out how it happens but somehow...
the word gets out.

There must be some elaborate subterranean network that spreads the news.
Maybe it started long ago when the stage was Lewistown's link to the world.
Whatever the conduit - or fuel that drives it - the rumor mill keeps churning.
Guess it gives people something to talk about.

What's interesting is that few relate to infidelity or violations of propriety.
Rather they focus on community issues like:
- New or relocating downtown businesses
- Challenges related to dealing with the City and County.
- Oil industry investment in the surrounding area.

Don't get me wrong -
if you bring up a individual's name chances are you'll get their full story. 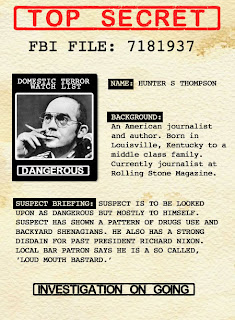 Where one works
is a popular topic
as many
Lewistown residents
work two or more jobs.

It's not uncommon
to encounter
the same person
in extremely diverse roles.

All in the same day!

Nice thing is that no matter
where or how you interact
everyone is always friendly!

Since the advent of telecommunication it's gotten easier to keep in touch.

However in Lewistown word of mouth continues to be the
best way to get "scoop".

Years ago two residents left Lewistown for the day.
Upon their returning their Mother immediately called and said...
"Where were you? Heard you rode out of town this morning".


My closing advice is...
Don't do anything that you don't want
your Mother to find out about!

Posted by montanaroue at 6:51 AM