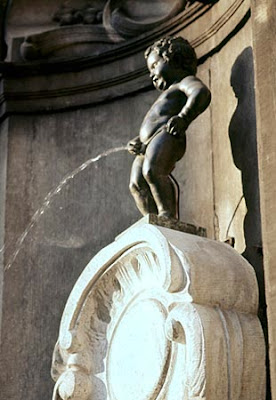 Deja View
When I was about 10 years old -
my buddy and I climbed onto
the roof of Mrs. Metzle's garage.

From that vantage point
we could see for blocks.
While only 8 houses away
from my home, it seemed like
we were a million miles away.

Suddenly the male urge
to mark our turf hit us both. So...
we peed off the edge of Mrs. Metzle's roof.

That evening at dinner Ethel turned to me and said -
"What were you doing on top of Myrna Metzle's garage?"
To this day I can still feel the shock and shame of being busted.

How could she have known?
I was certain that nobody had seen two young boys
peeing off the edge of a roof in a densely populated urban setting.
With steely grace Mother looked me straight in the eye and said
"I know EVERYTHING you are going to do
BEFORE you even think about doing it."

Now... if that doesn't put the fear of God in you I don't know what will!
The strange thing is that Ethel's statement was actually quite comforting.
Every child needs and secretly wants a parent who is in control.

My father was a chronic worrier.
Looking back that makes sense given he lost a beloved daughter at age 14.
But try to explain that to a young boy.
No matter where I was going, or what I was doing,
Howard had a million cautions and warnings. 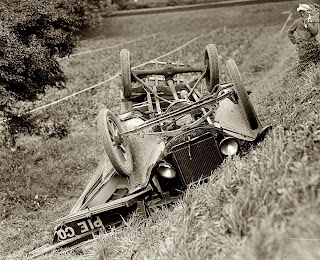 "Be careful crossing
the street because
some drunk could
slip on a banana peel
in the gutter
and a truck could
swerve to avoid him
and hit you instead."

I can't tell you how much Howard's angst left me feeling stifled and controlled -
yet strangely secure, protected, and beloved. 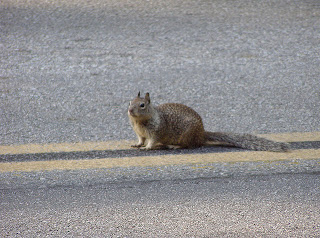 While my Father gently pleaded for caution, Ethel used terror to keep me in line.
Whenever we passed a dead squirrel squashed on the street, Mother would stop, point at the corpse and say
"See? He didn't hold his Mommy's hand." 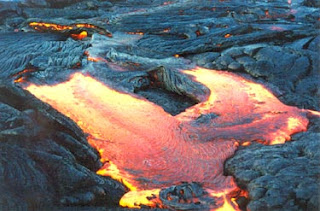 As a young child rainy days were terrifying.  While walking to school all I could think about was Ethel's warning -
"Don't step into any
puddles. They're hot
and could burn you."


While both of my parent's actions seem to be fodder for the therapist's couch...
their admonitions actually worked. That's because I knew that they cared about where I was, and what I was doing, all of the time.
And that meant I was truly loved.
Posted by montanaroue at 6:49 AM